Carbohydrate chains play physiologically relevant roles. For instance, many biologically important proteins and lipids inside our body have carbohydrate chains attached to them. These “sugar” chains, in fact, even play key roles in altering the functions of organic molecules like aromatic compounds to which they are commonly attached. It is a known fact that these carbohydrate structures can alter the functions of compounds bound to them. The biological synthesis of these chains occurs via biochemical reactions that are catalyzed by enzymes such as glycosyltransferases. However, the commercial production of carbohydrate chains poses several technical challenges. 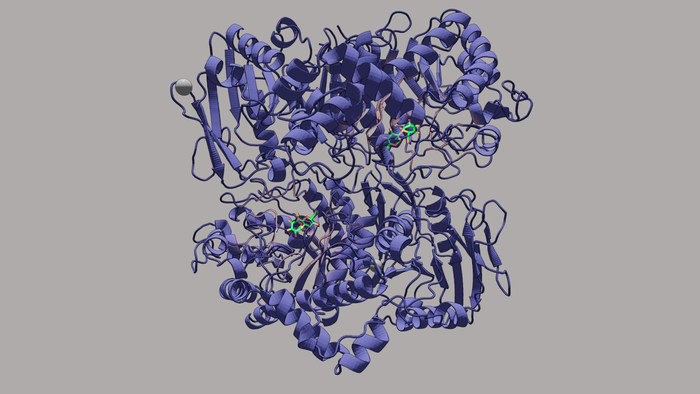 Carbohydrate chains play physiologically relevant roles. For instance, many biologically important proteins and lipids inside our body have carbohydrate chains attached to them. These “sugar” chains, in fact, even play key roles in altering the functions of organic molecules like aromatic compounds to which they are commonly attached. It is a known fact that these carbohydrate structures can alter the functions of compounds bound to them. The biological synthesis of these chains occurs via biochemical reactions that are catalyzed by enzymes such as glycosyltransferases. However, the commercial production of carbohydrate chains poses several technical challenges.

A group of collaborating researchers from the Tokyo University of Science and Niigata University have now been able to determine the structure and activity of a novel enzyme exhibiting glycosyltransferase activity. The results of this study were made available online on January 19, 2022 and published in Volume 298, Issue 3 of  the Journal of Biological Chemistry.

Dr. Masahiro Nakajima, Associate Professor at Tokyo University of Science and senior author of the study explains, “The structures and functions of enzymes that synthesize and degrade carbohydrate chains have become extensively diversified through molecular evolution. To date, various kinds of enzymes related to carbohydrates have been found and added to the Carbohydrate-Active enZYmes or CAZy database. This database classifies these enzymes, called CAZymes, into families mainly based on their amino acid sequences and is now expanding. However, obtaining carbohydrates is often difficult because of their rarity or inhomogeneity in nature, which limits the exploration of novel enzymes.”

The polysaccharide β-1,2-glucan is a homopolymer comprising β-1,2-linked glucose units. This carbohydrate cannot be easily obtained in commercially viable quantities from natural resources using any of the known experimental techniques. Although β-1,2-glucans are involved in bacterial infection, hypo-osmotic adaptation, and iron storage, their precise mechanism of action remains elusive; largely limited by their non-availability. This non-availability stems from the paucity of research on the enzymes that are associated with β-1,2-glucan metabolism.

The enzyme endo-β-1,2-glucanase is involved in the metabolism of β-1,2-glucan. Using advanced structure determination and biochemical characterization techniques, including mutagenesis and estimation of reactions rates, the research team has identified the biochemical function of a novel β-1,2-glucan-associated enzyme.

Dr. Nakajima muses, “We have discovered an enzyme that performs a novel chemical reaction. Our newly discovered mechanism of action has paved the way for the synthesis of sugar chains that were incredibly difficult to synthesize. Although several glycans are involved in biologically important roles, there are many whose functions cannot be fully understood owing to low reaction yields. We believe that this discovery has expanded the possibilities for the successful development and use of sugar chains.”

The IALB_1185 protein (IaSGT), encoded in the gene cluster that codes for endo-β-1,2-glucanase homologs, is listed as a “glycoside hydrolase” family 35 (GH35) protein. However, contrary to expectations, the team noticed that IaSGT is in fact a “glycosyltransferase” acting on the β-1,2-glucosidic bonds. This was a novel catalytic activity demonstrated by the protein. Whereas glycoside hydrolases catalyze the breakage or hydrolysis of glycosidic bonds, a chemical reaction that involves water, glycosyltransferases do the exact opposite—they catalyze the formation of these bonds. Based on these findings, the team proposes “β-1,2-glucooligosaccharide:D-glucoside β-D-glucosyltransferase” as a systematic name and “β-1,2-glucosyltransferase” as an accepted name for IALB_1185.

Dr. Hiroyuki Nakai, Associate Professor at Niigata University and lead collaborator of the study, comments, “Glycosyltransfer reactions are useful for oligosaccharide synthesis, but glycosyltransferases in glycoside hydrolase families share their reaction mechanisms with glycoside hydrolases. Therefore, we need a complete comprehension of their reaction mechanism to control conversion between transferases and hydrolases freely. Our findings are important biochemical data for understanding the diversity of CAZymes and a fundamental structural basis for further investigation of the profound enigma of the reaction mechanisms of CAZymes.”

About Associate Professor Masahiro Nakajima from Tokyo University of Science

Dr. Masahiro Nakajima works as an Associate Professor at the Tokyo University of Science, where he primarily conducts research on carbohydrates and enzyme structures using techniques such as X-ray crystallography. His research group determines the mechanism of action of enzymes that act on sugar chains with unique structures. The group also focuses on protein engineering, structural biology, enzyme-catalyzed mass synthesis of carbohydrate chains, and aims to establish protein design methods through the comparative analysis of enzymes. Dr. Nakajima has published more than 35 articles in refereed journals and has a patent to his credit.

Characterization and structural analyses of a novel glycosyltransferase acting on the β-1,2-glucosidic linkages