Not just a phase for RNAS 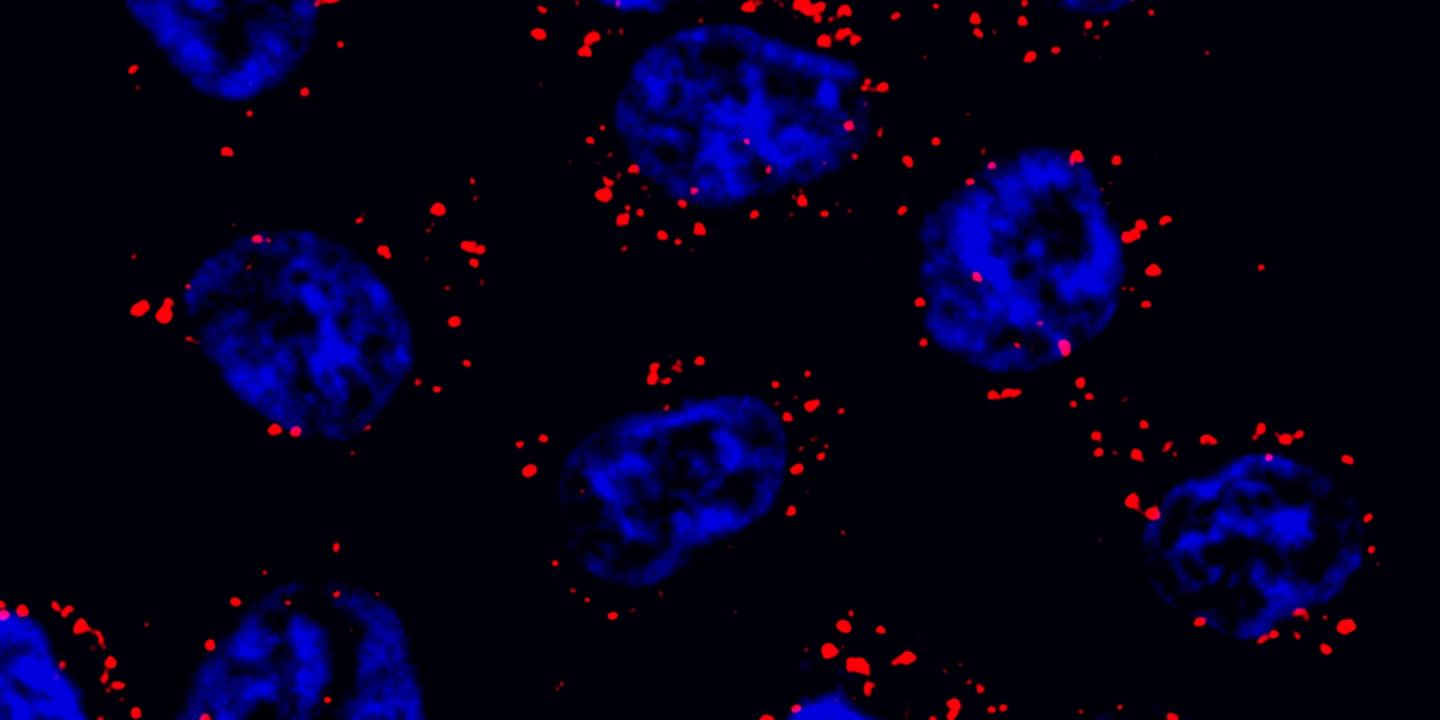 DALLAS – June 9, 2021 – A phenomenon in which an RNA named NORAD drives a protein named Pumilio to form liquid droplets in cells, much like oil in water, appears to tightly regulate the activity of Pumilio. A new study led by UT Southwestern scientists suggests that such RNA-driven “phase separation,” in turn, protects against genome instability, premature aging, and neurodegenerative diseases, and may represent a previously unrecognized way for RNAs to regulate cellular processes.

Other scientists at UTSW, including Michael Rosen, Ph.D., chair of biophysics, a member of the National Academy of Sciences (NAS), and a Howard Hughes Medical Institute investigator, and Steven McKnight, Ph.D., professor of biochemistry and a member of NAS and the National Academy of Medicine, have previously found that phase separation participates in many cellular pathways. “Our work,” says Mendell, “builds upon their findings, uncovering how phase separation enables some RNAs to regulate the activity of proteins that they interact with.”

Mendell and Mahmoud Elguindy, a student in UTSW’s Medical Scientist Training Program, uncovered this role for phase separation by studying an RNA known as “non-coding RNA activated by DNA damage,” or NORAD. Although NORAD isn’t directly responsible for generating proteins, it binds and inhibits Pumilio, a protein that represses the expression of hundreds of other messenger RNAs that encode proteins involved in cell division.

Previous work from the Mendell lab showed that human cells and lab animals genetically engineered to lack NORAD have too much active Pumilio, which prevents them from maintaining consistent numbers of chromosomes during cell division and causes them to prematurely age. On the flip side, mutations that lead to too little Pumilio have been linked to neurodegenerative diseases in humans.

But a fundamental question remained as to how NORAD regulates Pumilio to prevent disease. Because NORAD is only one RNA of hundreds in the cell that is bound by Pumilio, it was unclear how NORAD is able to outcompete these other RNAs to control levels of active Pumilio.

To answer this question, Mendell and Elguindy used microscopy to locate NORAD-Pumilio complexes in cells. They found that these complexes dotted the cells’ interiors, forming their own oil droplet-like structures separate from the cytoplasm, which they named “NORAD-Pumilio bodies.”

Further investigation showed that about half the Pumilio in cells was sequestered in NORAD-Pumilio bodies, and that phase separation was critical for concentrating Pumilio in these structures. Not only did Pumilio bind to numerous sites on each NORAD molecule, but interactions between Pumilio molecules also played a central role in droplet formation. This combination of attraction between the RNA and protein molecules provides a strong driving force that separates Pumilio proteins from the surrounding cellular environment, Elguindy says, preventing them from interacting with other RNAs.

When the researchers used techniques to disrupt this phase separation, NORAD was no longer able to sequester enough Pumilio, leading to chromosomal abnormalities.

“While phase separation has been observed in many different settings in cells, the scientific community has debated which cellular activities require this process,” says Elguindy. “Our study showed that in this instance, when you perturb phase separation, there are real consequences.”

Mendell adds that better understanding the NORAD-Pumilio system could lead to new ways to counter symptoms associated with aging and to treat neurodegenerative diseases. In addition, looking for more examples of phase separation by other RNA molecules could shed light on how cells regulate other key processes.

UT Southwestern, one of the premier academic medical centers in the nation, integrates pioneering biomedical research with exceptional clinical care and education. The institution’s faculty has received six Nobel Prizes, and includes 25 members of the National Academy of Sciences, 17 members of the National Academy of Medicine, and 13 Howard Hughes Medical Institute Investigators. The full-time faculty of more than 2,800 is responsible for groundbreaking medical advances and is committed to translating science-driven research quickly to new clinical treatments. UT Southwestern physicians provide care in about 80 specialties to more than 117,000 hospitalized patients, more than 360,000 emergency room cases, and oversee nearly 3 million outpatient visits a year.