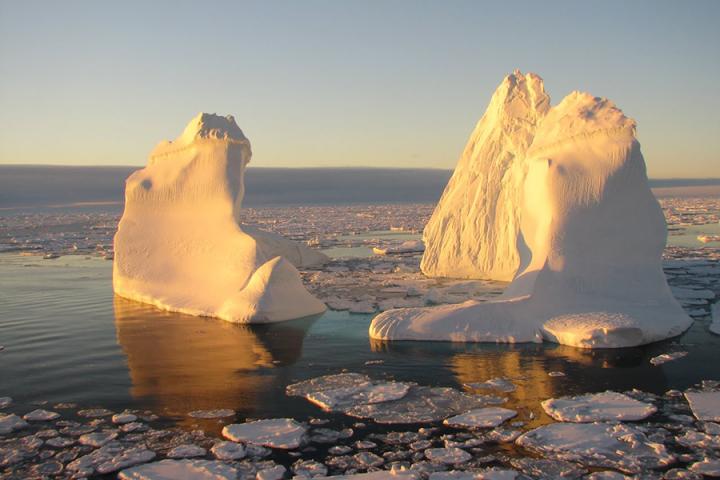 “It’s called a hole because there is a lack of warming,” said Melissa Gervais, assistant professor of meteorology and atmospheric science, Penn State, who used the Community Earth System model (CESM) to investigate the impact of the NAWH on atmospheric circulation and midlatitude jets. “We found that this region of the ocean is a really important place for forcing the jet stream that goes across the North Atlantic Ocean.”

The researchers published their findings in the Journal of Climate.

Development of the NAWH is linked to a slowdown of the Atlantic Meridional Overturning Circulation, a large system of ocean currents that carry warm water from the tropics northwards into the North Atlantic, and is thought to be caused by an influx of fresh water coming from melting Arctic sea ice.

Previous research by Gervais and her team demonstrated that this increase in fresh water to the ocean changes circulation patterns and leads to surface cooling.

“With more Arctic sea ice melting, more fresh water flows into the Labrador Sea, which leads to a reduction in deep convection,” said Gervais who also is an Institute for CyberScience co-hire. “That changes the ocean circulation, allowing it to cool in that region south of Greenland.”

This cooling pattern, relative to global average SST increase, is predicted to become greater and more apparent relative to the internal ocean variability as the 21st century progresses.

“With climate change we have some ideas about how the jets are going to change. In general, we expect to see a poleward shift and eastward elongation of the jet,” said Gervais. “Right now, it’s sort of a tug of war between impacts of the tropics and impacts of the arctic. So those two things are competing to shift where the jet is located.”

Most climate models seem to agree that the Pacific jet stream is going to shift poleward but there is a lot of variability in predictions for the Atlantic, said Gervais.

To investigate how the development of the NAWH impacts the jet stream, the team conducted a series of large-ensemble, atmospheric model experiments in the CESM with prescribed SST and sea ice levels over three different time periods.

“We ran three simulations,” said Gervais. “One with current warming-hole conditions; one where the ocean temperature was increased to fill in the warming hole; and one where its size was twice as deep, to simulate more freshwater from melting ice sheets.”

Their results indicate that the NAWH plays an important role in midlatitude atmospheric circulation changes in the model’s future climate simulations.

“We found that it’s really quite important for that region,” said Gervais. “The NAWH seems to be elongating the jet even further and shifting it a little bit north. Instead of just thinking about how the tropics and arctic amplification are influencing the jet, we now also need to think about how this warming hole is going to influence the jet. These local changes in the North Atlantic jet are of a similar magnitude to the full climate-change response in the region, indicating that the North Atlantic warming hole could be an important additional factor in the tug of war on midlatitude circulation, that has received little attention.”

The National Science Foundation and U.S. Department of Energy funded this research.