Norovirus has two alternative capsid structures which change before infection

Researchers from the National Institute for Physiological Sciences and Kitasato University in Japan discover that mouse norovirus has two capsid structures and changes from one to the other before infection. Human norovirus also exhibited two similar caps 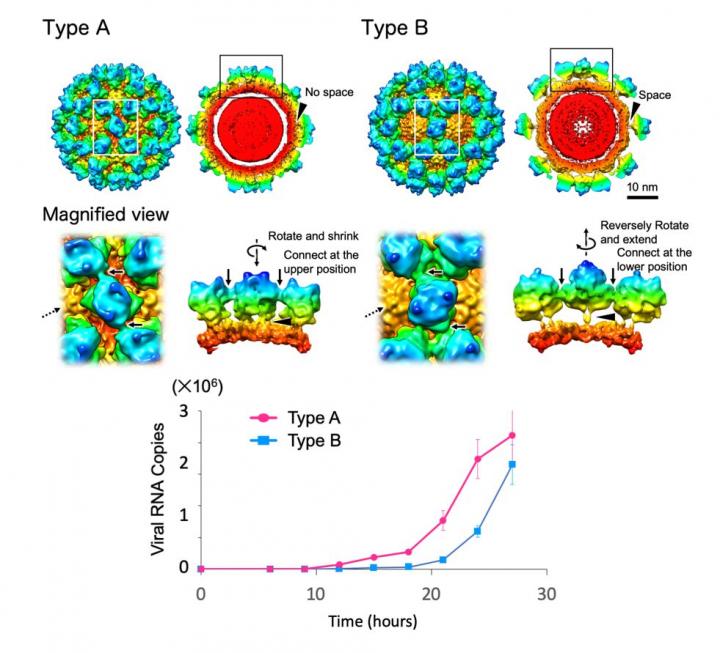 Okazaki, Japan – Human noroviruses are a major cause of gastroenteritis outbreaks worldwide. They cause approximately 200,000 deaths each year in developing countries. However, no effective vaccine or antiviral agent for noroviruses yet exists because cell culture methods to produce noroviruses are very limited and there is a lack of the viral structural knowledge about the virus.

“Why do noroviruses need two structures?” This has not been clarified, but the researchers speculate that it is used to evade the host animal’s immune system. Noroviruses are transmitted primarily through the oral route, and infect cells of the small intestine. Noroviruses may evade the immune system with the type B structure, and approach the small intestine. Then, they finally infect cells by changing to the type A structure (Fig. 2).