Osaka, Japan – Recent technological innovations which have allowed plasma to be generated at room temperature and at ambient atmosphere in what is called non-thermal atmospheric pressure plasma (NTAPP) have given scientists from Japan the opportunity to apply the therapeutic properties of this “fourth state of matter” to bone regeneration. 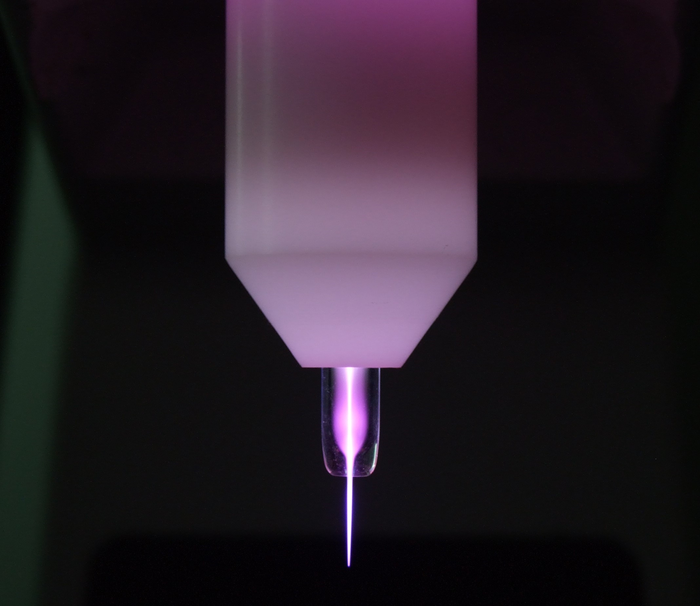 Osaka, Japan – Recent technological innovations which have allowed plasma to be generated at room temperature and at ambient atmosphere in what is called non-thermal atmospheric pressure plasma (NTAPP) have given scientists from Japan the opportunity to apply the therapeutic properties of this “fourth state of matter” to bone regeneration.

“NTAPP is considered a new therapeutic method,” states first author Akiyoshi Shimatani, “as it has been shown to accelerate cell growth when applied at low enough levels.” In an ambient atmosphere it can generate highly reactive oxygen and nitrogen species (RONS) which can be directly exposed to biological targets like cells and tissues, according to the researcher.

Indirect treatments have shown the potential advantages of plasma in supporting the creation of stem cells that cause reactive oxygen species and in inducing osteogenic differentiation and bone formation, however, as the team points out there is no report on directly using NTAPP for bone fracture therapy. “Direct exposure of NTAPP is a key part of this study” states Jun-Seok Oh, professor at the OCU Graduate School of Engineering and advisor to the study, “It required a device specifically designed to generate and deliver RONS to areas of the bone defect ‘effectively’.”

The research group developed a pencil-type plasma device that can effectively generate and deliver RONS to an animal model with a well-established critical bone defect, allowing the team to search for the optimal irradiation conditions. Comparing groups that were irradiated with NTAPP for 5, 10, and 15 minutes to control groups with no plasma administered, micro-CT images at eight weeks showed the 10-minute treatment time as the most successful bone regeneration with 1.51 times larger bone volume than the control group.

“However, micro-CT images cannot determine whether a bone defect has been filled with new bone, tissue, or both,” says Hiromitsu Toyoda, associate professor at the Graduate School of Medicine and supporting author to the study. Therefore, the team also ran a histological analysis and confirmed “bone defects in the groups treated with plasma were filled with new bone and there was no inclusion, such as fiber tissue and gap that was observed in the control group”, continues the professor.

Like other forms of therapy, the biological effect of plasma depends on the treatment dose delivered into the targets. Although future research will be needed to clarify why the study saw the most bone regeneration during the 10-minute treatment period, it is understood that surface wettability promotes greater cell spreading and adhesion to biomaterials and implants. “We wondered if something similar was occurring where we saw a strong generation of new bone.” says Hiroaki Nakamura, professor at the Graduate School of Medicine and advisor to the study, “and we found that compared to the control group, bone surface of the plasma-treated group as statistically and significantly more hydrophilic.”

While there is still much to be explored and understood in terms of treatment dose, for the first time ever, the direct application of room temperature, atmospheric plasma to a living body has seen a positive result. The research team hopes the plasma device they developed can become something used during surgery to bring the bone regeneration effect of NTAPP to various medical fields.

We are Osaka City University – the oldest research university in Osaka. With 9 undergraduate faculties and 11 graduate schools all dedicated to making urban life better, energy cleaner, and people healthier and happier, we have won numerous awards and have produced 2 Nobel laureates. For more information, please visit our website at https://www.osaka-cu.ac.jp/en