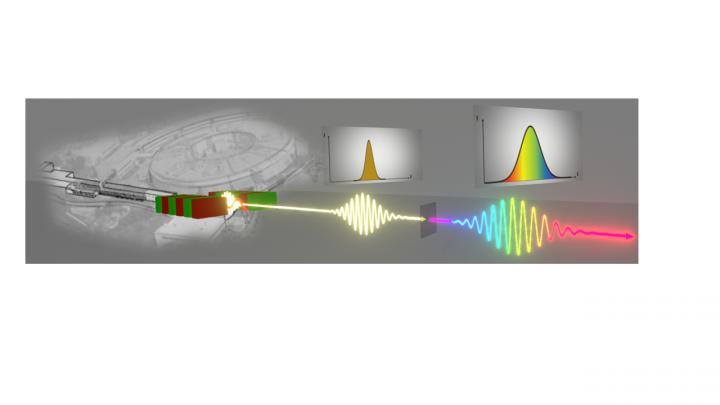 The relevance for radiology applications is probably the most known advantage of X-ray beams (keV energies) with respect to visible radiation (eV energies) and can be traced back to their superior penetration depth. On a more fundamental ground, however, the relevance of this photon energy range relies on the capability of probing inner shell electrons (as they have comparable binding energies) and mapping molecular structures on the atomic-scale (as typical interatomic spacings are comparable to X-ray wavelengths). Building on such capabilities, large efforts have been devoted by the scientific community to develop X-ray sub-picosecond sources able to access matter properties with a time resolution sufficient to access elemental molecular motions. Free electron lasers (FEL), nowadays available at several large-scale facilities around the world, represent a prime candidate to generate femtosecond X-ray pulses with high brilliance. One of the main challenges to exploit the enormous potential of FEL sources is developing methods for tuning the spectral and temporal beam properties, a task which is customarily achieved at visible wavelengths resorting to non-linear optics.

In a new paper published in Light Science & Application, a team of scientists from Italian Institute of Technology, University of L’Aquila, FERMI Trieste and “Sapienza” University of Rome have shown the first evidence of self-phase modulation (SPM) in the soft X-ray regime. The experiment, performed in the facility [email protected] of Trieste, consists in the observation of spectral modulation after the interaction of focused FEL beams with a very thin metallic foil (100-300 nm).

“Our experiment demonstrates a new control knob for spectral shaping of FEL pulses. Blue to red shift accompanied by bandwidth increase can be obtained by moving the input wavelength across the material’s absorption edge” prof. Tullio Scopigno explains.

“This first observation of SPM effects in the soft X-Ray regime allows to unveil specific atomic properties on the subpicosecond time scale. In particular, the interplay with a light-induced out-of-equilibrium electron plasma generated on the femtosecond timescale in thin metallic foils.” concludes Dr. Carino Ferrante.

Below the absorption edge, the observed SPM is induced by Kerr effect, i.e. by a modification of the non-linear refractive index mimicking the pulse intensity profile, which ultimately results into spectral broadening, accompanied by a redshift due to valence electrons heating. In striking difference, above edge, the highly excited core photoelectrons generated by the pulse leading edge form a transient hot dense ionized plasma, responsible for a sharp decrease of the refractive index. Consequently, the pulse trailing edge is accelerated giving rise to an asymmetric temporal compression which, in turn, results in a blueshift.

The results provide a proof of concept for spectral shaping of soft X-ray pulses, a key milestone towards the development of new protocols for femtosecond core electrons spectroscopies.