Free of toxic and hallucinogenic side effects, ibogaine-inspired tabernanthalog shows promise as a potential treatment for the detrimental effects of stress on the brain 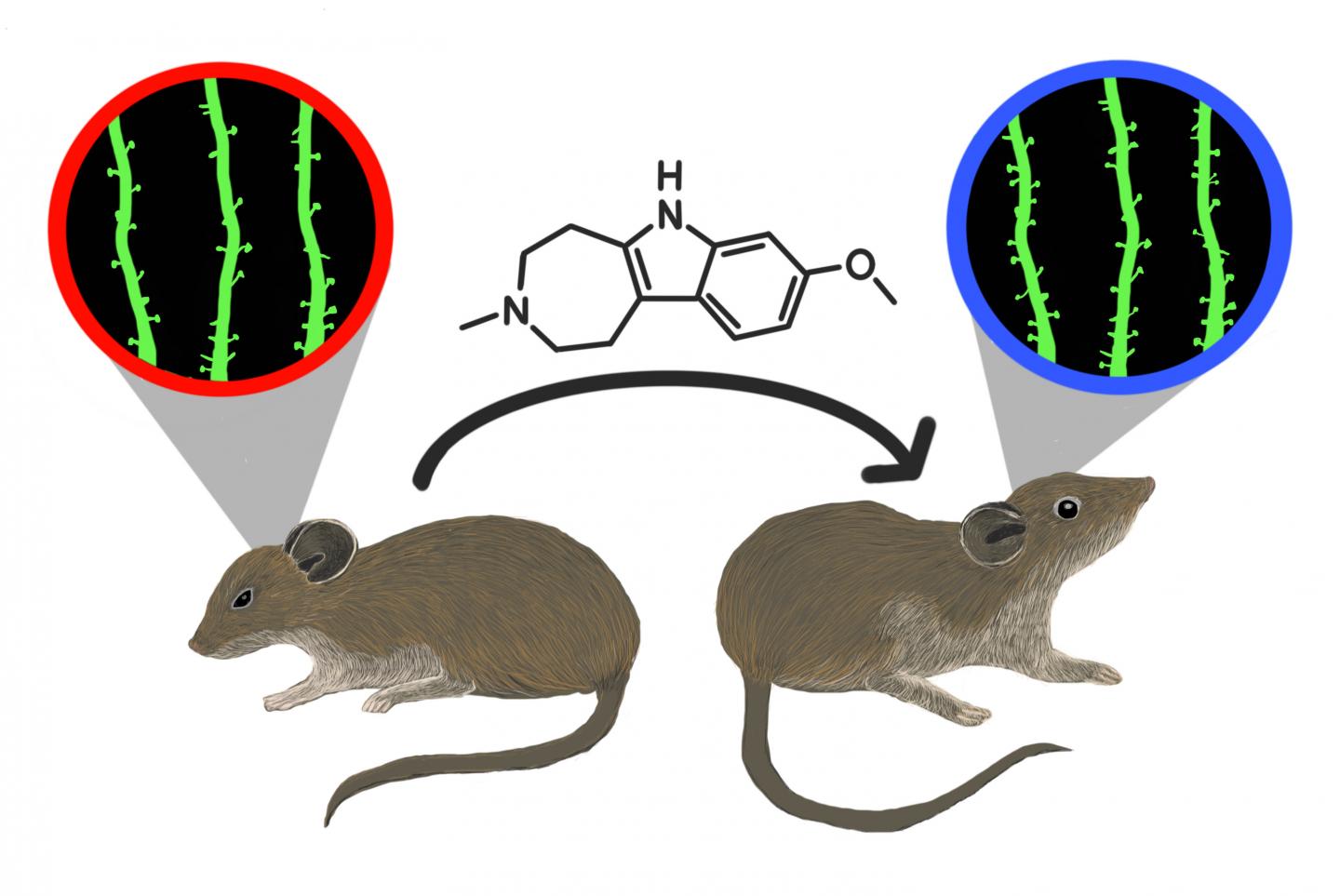 A novel compound similar in structure to the psychedelic drug ibogaine, but lacking its toxic and hallucinogenic effects, has been found to rapidly reverse the effects of stress in mice.

Researchers found that a single dose of tabernanthalog (TBG) can correct stress-induced behavioral deficits, including anxiety and cognitive inflexibility, and also promotes the regrowth of neuronal connections and restores neural circuits in the brain that are disrupted by stress. The study was published May 25 in Molecular Psychiatry.

“It was very surprising that a single treatment with a low dose had such dramatic effects within a day,” said corresponding author Yi Zuo, professor of molecular, cell, and developmental biology at UC Santa Cruz. “I had a hard time believing it even when I saw the initial data.”

TBG was developed in the lab of coauthor David Olson at UC Davis. Zuo’s lab worked with Olson on the initial studies of TBG, reported in Nature in 2020. The new study focused on the deleterious effects of stress using a protocol in which mice are subjected to mild, unpredictable stressors over a period of several days.

On the behavioral level, stress causes increased anxiety, deficits in sensory processing, and reduced flexibility in decision-making. In the brain, stress disrupts the connections between neurons and alters the neuronal circuitry, resulting in an imbalance between excitation and inhibition.

“Amazingly, TBG reversed all of the effects of stress,” Zuo said. “This study provides significant insights into neural mechanisms underlying the therapeutic effects of psychedelic analogs on mental illnesses and paves the way for future investigations to understand their cellular and circuit mechanisms.”

In recent years, there has been renewed interest in the use of psychedelic substances for treating illnesses such as addiction, depression, anxiety, and posttraumatic stress disorder. The hallucinogenic effects of these drugs remain a concern, however, and scientists have been unsure whether the hallucinations are therapeutically important or just a side effect.

Ibogaine has shown promise for treating addiction, but it causes dangerous heart arrhythmias in addition to being a powerful hallucinogen. TBG has not yet been tested in humans, but it lacks ibogaine’s toxicity in animal tests, and it doesn’t induce the head-twitch behavior in mice caused by known hallucinogens.

Initial studies of TBG found that it had antidepressant effects and reduced addictive behaviors in rodents. The new study was initiated by co-first author Michelle Tjia, then a graduate student in Zuo’s lab studying the effects of stress. After Tjia left for a postdoctoral position, co-first author Ju Lu, a project scientist in the lab, led additional studies. The researchers conducted a range of tests to evaluate behavioral responses to stress and the effects of treatment with TBG. They also performed imaging studies to assess changes in the brains of the mice at the neuronal level.

Studies using animal models–conducted in accordance with NIH regulations and reviewed and approved by Institutional Animal Care and Use Committees–remain vital to investigating complex psychiatric disorders.

In addition to Lu, Tjia, Olson, and Zuo, the coauthors include Brian Mullen, Kacper Lukasiewicz, Sajita Shah-Morales, and Sydney Weiser at UC Santa Cruz, Bing Cao and Lu Chen at Stanford University, and Lindsay Cameron at UC Davis. This work was supported by the National Institutes of Health and the Max Planck Society.