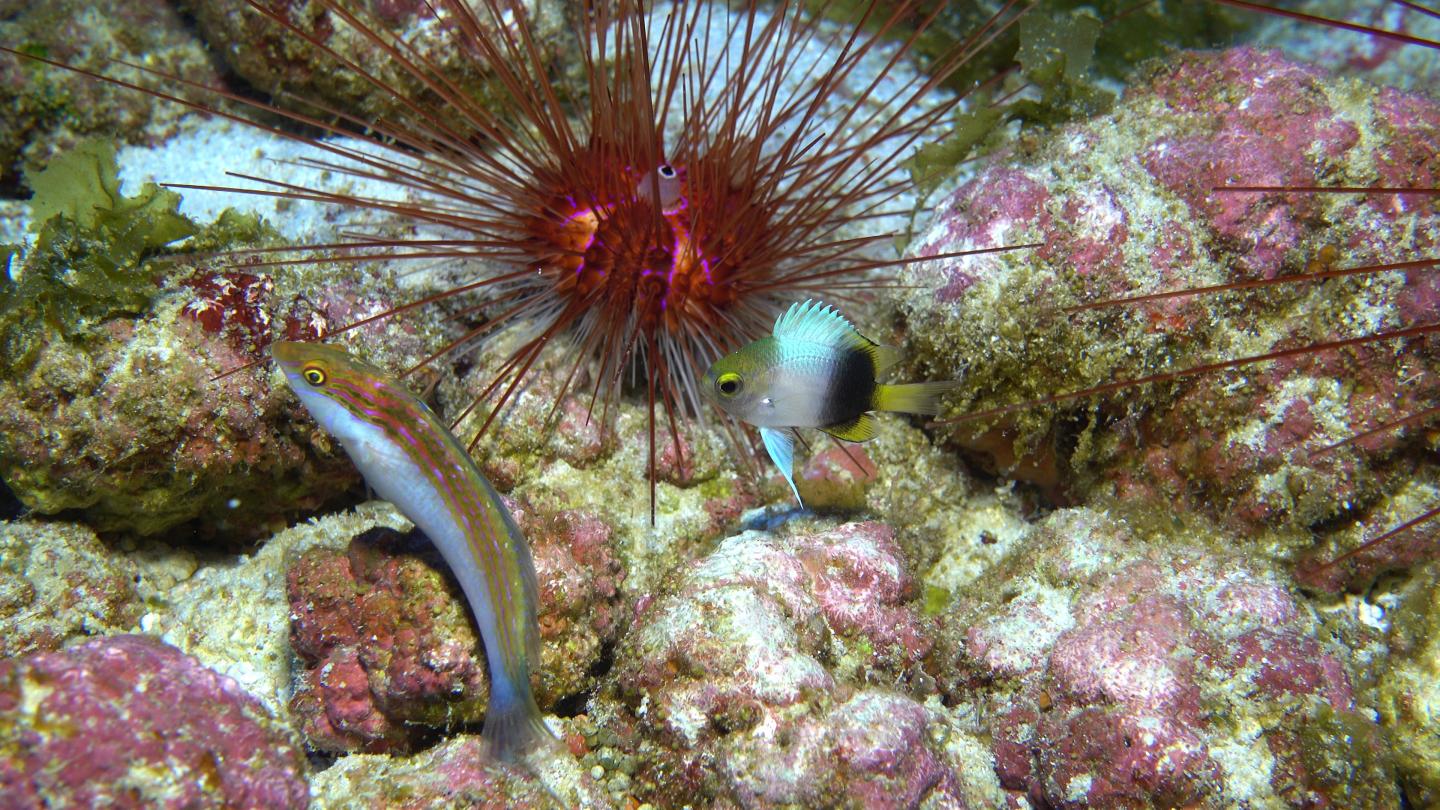 NOAA has published a peer-reviewed State of the Monument report that was jointly produced by the co-trustees of Papahānaumokuākea Marine National Monument. The report includes information on the status and trends of living resources, habitats, ocean conditions, maritime and cultural archaeological resources, and the human activities and natural events that affect them.

The data used in the report were collected from research over the last 10 years. Assessments of status and trends involved scientists and researchers from the monument’s management agencies and partners, and were based on the most recent data available as well as expert opinion.

Located northwest of the main Hawaiian islands, Papahānaumokuākea Marine National Monument is virtually unpopulated. Because of its isolation, scale, and high degree of protection, the monument provides an unrivalled example of reef ecosystems still dominated by top predators such as sharks. This is not seen in most other island environments due to human activity.

Papahānaumokuākea is of great importance to Native Hawaiians, and has spiritual significance in Hawaiian cosmology. Cultural sites found on the islands of Nihoa and Mokumanamana are on both National and State Registers for Historic Places. Mokumanamana has one of the highest densities of sacred sites in the Hawaiian Archipelago.

The monument is also home to a variety of post-Western-contact historic resources, such as those associated with maritime heritage, the Battle of Midway, and 19th century commercial whaling.

Impacts from local human uses have been relatively few, and the monument’s reefs and other marine resources are considered to be in nearly pristine condition. However, some marine habitat has been impacted by derelict fishing gear, large storms, aggressive nuisance algae, and coral bleaching. Most marine areas of the monument have not been significantly affected and are in relatively good to fair condition.

The report states that terrestrial habitats have been affected by past human activities that altered soils and vegetation, introduced alien species, and left behind contamination on many of the islands. Without active management efforts to restore habitat, remove invasive species, abate contaminants and enhance the resilience of endangered species, resources would be in significantly poorer condition.

Some shallow coral reefs are reported to remain in good condition, while others have been impacted by localized natural disturbance events and coral bleaching. In contrast, deep-sea habitats remain in nearly pristine condition with little disturbance.

Many threats to ecosystems are posed by human activities. In the past, a number of scientific, military, and commercial activities have threatened the area. Current uses are limited primarily to management activities by jurisdictional agencies, research, education, and Native Hawaiian practices. Until 2012, a small number of recreational trips were made to Midway Atoll National Wildlife Refuge.

Many of the islands and shallow water environments are important habitats for rare species such as the threatened green turtle and the endangered Hawaiian monk seal, as well as the 14 million seabirds representing 21 species that breed and nest there.

Land areas also provide a home for four species of bird found nowhere else in the world, including the world’s most endangered duck, the Laysan duck. Efforts to increase resilience of these species are ongoing, utilizing translocation strategies, habitat improvement and disease prevention.

The condition of maritime, historic, and cultural resources in the monument is declining, due to weathering, corrosion and erosion. Though little can be done to prevent deterioration from natural processes, the information they contain may be preserved through timely archaeological study, documentation, and conservation of artifacts.

The report provides valuable information for Papahānaumokuākea managers that will support future management planning, the identification of monument research priorities, and decision-making on permitted activities.

Through active conservation management efforts, progress has been made on several of the islands to reverse some negative impacts noted in the report.

Monument management is working to reduce threats through an ecosystem approach. This includes the implementation of an effective regulatory framework and permitting process, education and outreach, preventative measures to minimize risk, and response and restoration to damaged or degraded natural resources.

The report coincides with milestones for the monument in 2020 and 2021.

In 2021, Papahānaumokuākea celebrates 15 years as a marine national monument. It is jointly administered by four co-trustees: NOAA, U.S. Fish and Wildlife Service, the State of Hawai?i, and the Office of Hawaiian Affairs. Management of the monument is overseen by NOAA’s Office of National Marine Sanctuaries, NOAA Fisheries, U.S. Fish and Wildlife Service Ecological Services and Refuges Program, State of Hawai’i Divisions of Aquatic Resources and Forestry and Wildlife, and the Office of Hawaiian Affairs.