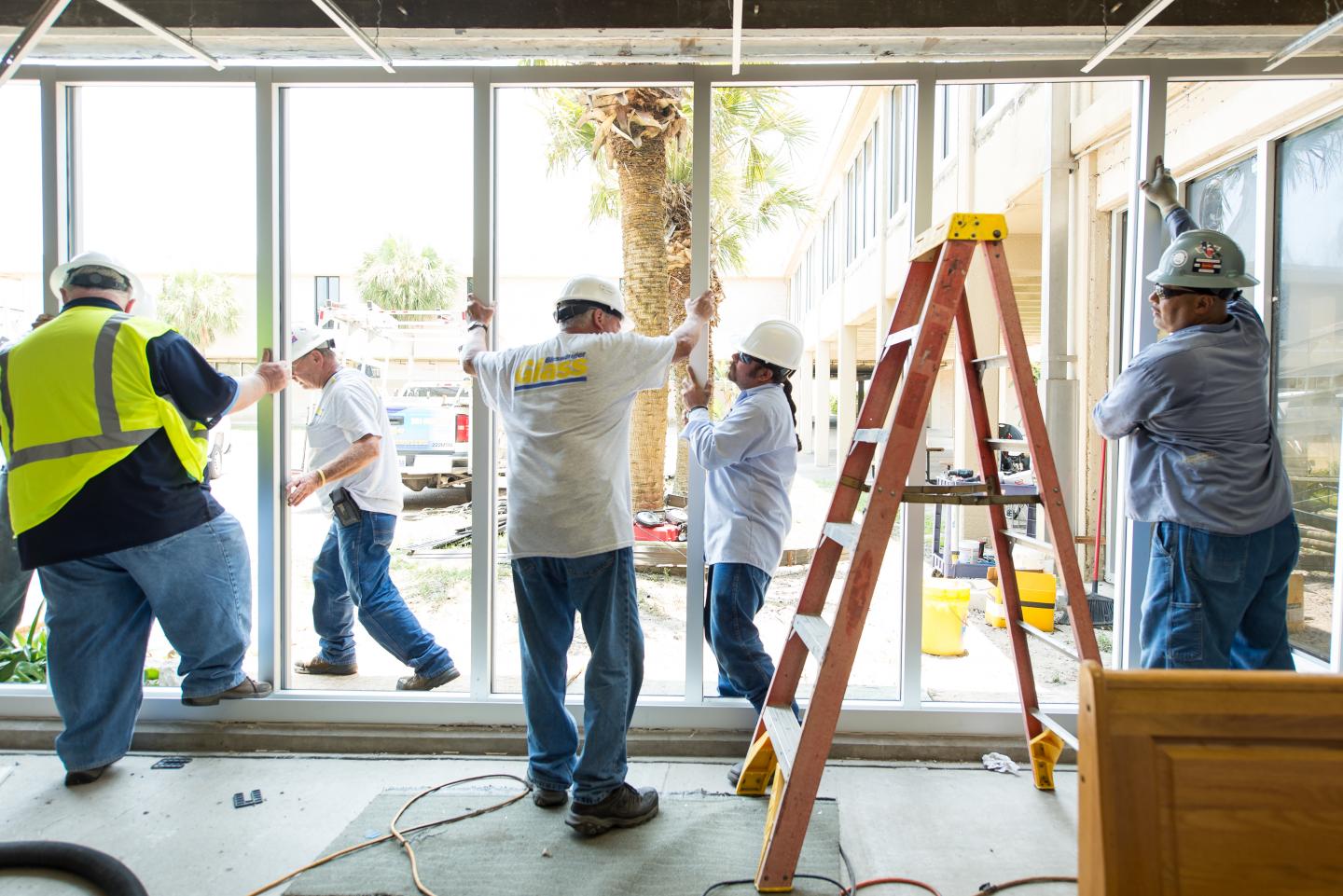 Credit: University of Texas at Austin

PORT ARANSAS, Texas – After more than two years of roof repairs, window installations and building reinforcements, the scientists, staff members and students at the University of Texas Marine Science Institute (UTMSI) have an end in sight for their ongoing effort to rebuild after Hurricane Harvey, thanks to help from the U.S. Congress.

Newly awarded funding of $11.7 million — authorized through the National Oceanic and Atmospheric Administration (NOAA) for the recovery effort at UTMSI and other hurricane-damaged sites across the country — will allow the institute to complete repairs and renovations to remaining facilities, including a popular visitors center and the institute’s mission-critical research pier.

“We are grateful to Congress for these funds. Rebuilding for the future has taken a combination of support from the university, insurance, state and federal government and our generous donors,” said Robert Dickey, UTMSI’s director and a professor of marine science. “This final piece of the puzzle will help us get over the finish line.”

Hurricane Harvey caused more than $45 million in damage to the institute, affecting all 70 buildings maintained by the oldest marine research facility on the Texas coast. After the storm, researchers and students came back to labs filled with standing water and destroyed samples. The institute has since replaced more than three football fields’ worth of roofing.

UTMSI also manages and operates the Mission-Aransas National Estuarine Research Reserve, a federal and state partnership between NOAA and The University of Texas at Austin. The reserve is responsible for monitoring coastal water conditions, educating the public and conducting scientific research, as one of nine university-affiliated reserves supported by NOAA in the National Estuarine Research Reserve system.

Mission-Reserve facilities on the main campus in Port Aransas, at the Bay Education Center in Rockport and at Fennessey Ranch in Refugio were among the spots damaged in the storm. The eye of the hurricane went directly over the Mission-Aransas estuary and in the process uprooted seagrass beds and redistributing sand dunes. As early as two weeks after the storm, university researchers took to the water to measure the impact of the storm on habitats and fisheries.

The newly awarded $11.7 million will be used to support and supplement the repair or rebuilding of research and education infrastructure, including at a research pier that has had to operate at limited capacity and at monitoring stations in the bay. A visitor center, adjacent exhibits and trails, student housing and buildings that support the Amos Rehabilitation Keep — an animal rehabilitation facility for sea turtles and birds — will also receive repairs.

UTMSI previously reached tens of thousands of visitors annually, but since Harvey, its visitor facilities have been closed, and K-12 education programs have been operating at a more limited capacity. The newly awarded funds will help the institute and the reserve return to full operations and reopen on-site marine science education programs to visitors from throughout Texas and beyond.

“The Marine Science Institute has invested decades conducting vital research on the Texas coast, monitoring coastal conditions and engaging the public with efforts to understand and preserve the unique ecosystem along the Gulf,” said Paul Goldbart, dean of UT Austin’s College of Natural Sciences. “With leadership from Bob Dickey, hard and creative work by devoted faculty and staff and this new infusion of funding, UTMSI is primed to expand its engagement with Texas communities as it continues its critically important research and education.”

In August 2017, Hurricane Harvey made landfall with 130-mile-per-hour winds that destroyed six buildings at UTMSI and many others in the Rockport-Port Aransas community. Last year, some laboratories reopened to scientists and students, and progress toward recovery has been ongoing, including thanks to recent support from the U.S. Department of Commerce’s Economic Development Administration (EDA) to repair a large laboratory building and establish a new Center for Coastal Ocean Science.