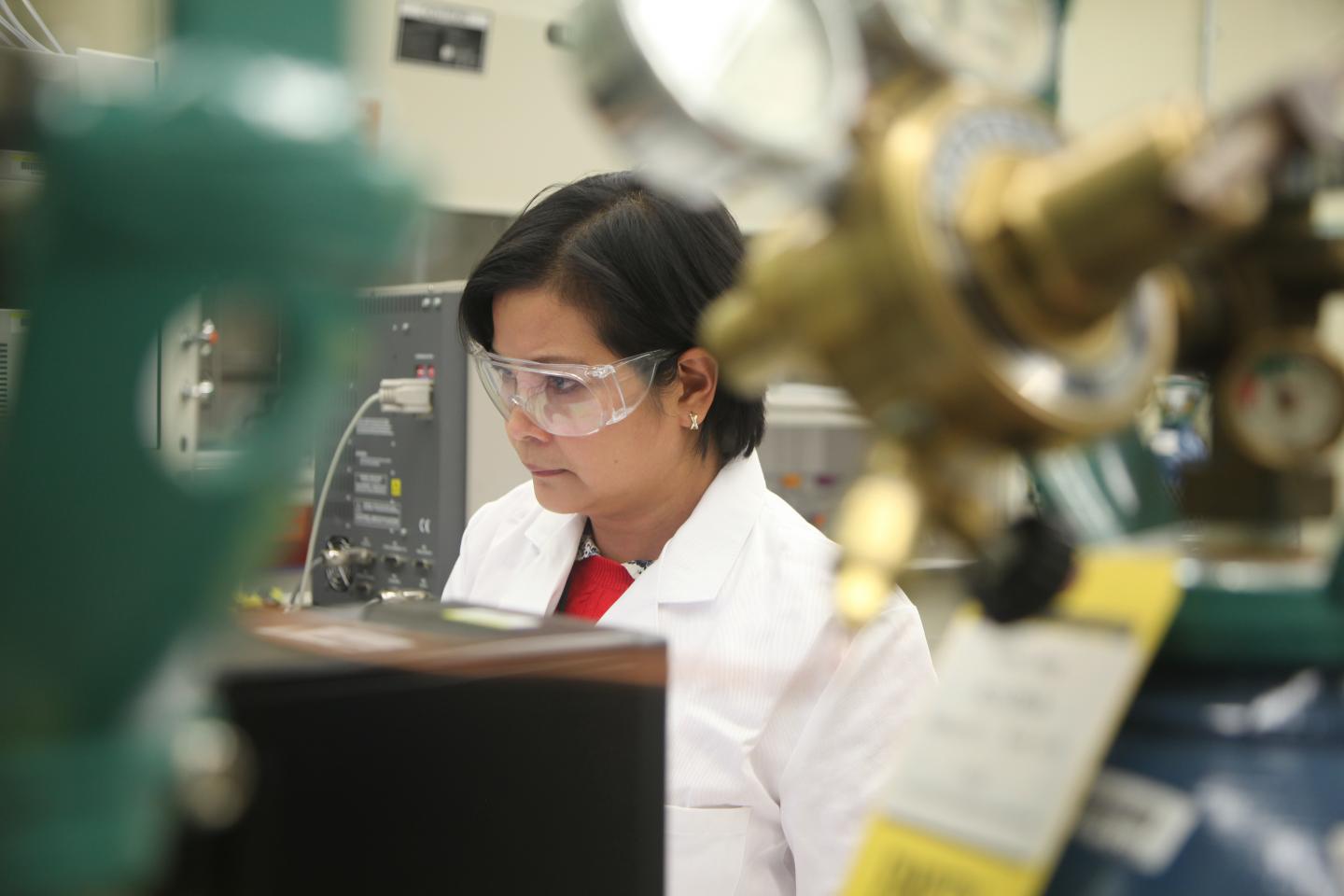 Got milk? Most people have seen the famous ads featuring celebrities that highlight the importance of drinking milk for building strong bones. Research shows that milk has other benefits, especially for babies, such as helping them grow and strengthening their immune systems. But scientists still don’t understand exactly how milk does these things.

Solving that mystery starts with identifying the compounds in milk. To support that effort, researchers at the National Institute of Standards and Technology (NIST) have recently doubled the size of a reference library that includes examples of a certain type of carbohydrate found in milk from humans and several other animals. The expansion of the library will help scientists identify the unknown compounds in their own milk samples. The researchers published their new findings in Analytical Chemistry.

The composition of milk varies from mother to mother, but in general human milk contains 87% water and 13% nutrients, including fats, proteins and carbohydrates. Milk researchers often focus on a type of carbohydrate called oligosaccharides, one of the many different sugars in milk. These sugars are known to have a biological effect, such as providing energy for growing babies or contributing to organ development.

The first version of the human milk oligosaccharide (HMO) library, released in 2018, consisted of 74 oligosaccharides. To build it, Remoroza and her colleagues analyzed components in a milk sample from NIST Standard Reference Material (SRM) 1953. They used a process called liquid chromatography to separate the sample into its finer components and an instrument called a mass spectrometer to create chemical fingerprints known as mass spectra.

Researchers were also able to identify new compounds that had never been reported in milk before, such as one type of oligosaccharide that contained 15 monosaccharide units, which are the building blocks of carbohydrates.

Once the unknown compounds are identified, they are included in the milk library.

Aside from human milk, Remoroza and her colleagues have also expanded the coverage of other types of mammalian milk. They analyzed four different nonhuman samples thanks to collaborations with the Smithsonian’s National Zoo and Conservation Biology Institute and the Philippine Carabao Center.

The Smithsonian provided an African lion sample, and the Philippine Carabao Center provided milk from a Saanen goat and Asian water buffalo. Bovine (cow) milk samples came from NIST’s very own SRMs 1549a and 1849a. The NIST researchers identified 90 oligosaccharides from these samples, 25 of which were also found in human milk.

Prior research has been done on these animal samples, but relatively few oligosaccharides were reported. Thanks to the development of new instruments, better methods for isolating oligosaccharides, and the new HMO library, scientists can now identify more oligosaccharides in their samples.

“Many researchers will hopefully be able to find NIST milk mass spectral library useful for analyzing their samples,” said Remoroza.

This milk library is especially useful to infant formula manufacturers. “Scientists are interested in identifying the oligosaccharides in milk because they want to determine if these can be added to infant formula so babies can now get the essential nutrients,” said Remoroza.

The work isn’t done yet. Researchers at NIST will continue to identify the different types of oligosaccharides in human milk and expand their collection of nonhuman mammalian milk. They’ll soon be analyzing milk from black and white pigs (in collaboration with Mariano Marcos State University in the Philippines), rhesus monkeys (with the University of Wisconsin) and dolphins (with the National Oceanic and Atmospheric Administration, or NOAA).