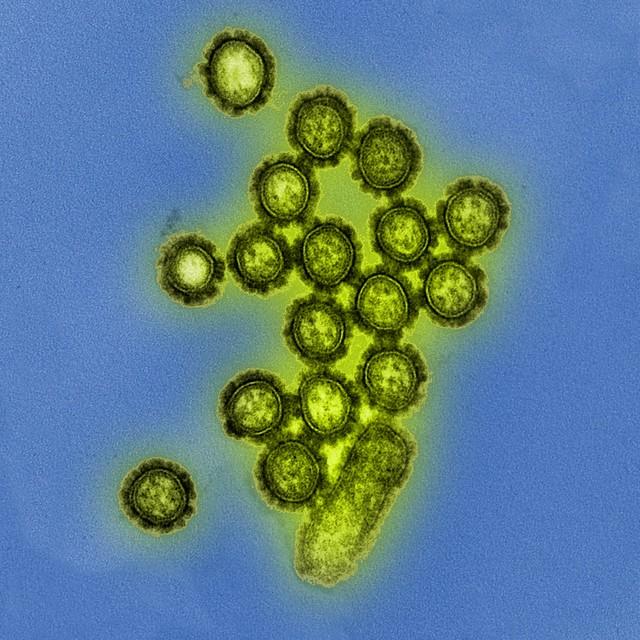 A study of influenza virus transmission in Nicaraguan households reveals new insights into the type of immune responses that may be protective against influenza virus infection, report investigators. The findings could help scientists design more effective influenza vaccines and lead to the development of novel universal influenza vaccines. The research was funded by the National Institute of Allergy and Infectious Diseases (NIAID), part of the National Institutes of Health.

The research team included scientists from the University of Michigan, Ann Arbor, and the NIAID-funded Centers of Excellence for Influenza Research and Surveillance at the Icahn School of Medicine at Mount Sinai and at St. Jude Children’s Research Hospital. Investigators from the Nicaragua Ministry of Health, the Sustainable Sciences Institute and the Socrates Flores Health Center, all in Managua, Nicaragua, conducted the field study. Their findings are published in Nature Medicine.

The study focused on antibodies produced against the “stem” of the mushroom-shaped influenza virus surface protein, hemagglutinin (HA). The HA stem is less variable than the HA head, the region targeted by current seasonal influenza vaccines and by standard laboratory tests used to gauge a person’s immune response to a particular strain of influenza.

The study team followed 88 people with confirmed pandemic H1N1 influenza A virus infection and 300 of their household contacts. For the latter group, the team measured pre-existing HA stem antibody levels with an enzyme-linked immunosorbent assay (ELISA) blood test and obtained additional blood samples 30 to 45 days later. Investigators also obtained nasal and throat swabs from contacts at the start of the study and every few days for approximately two weeks thereafter to track whether they became infected with influenza virus. Eighty-four (28%) of the 300 household contacts eventually contracted laboratory-confirmed influenza virus infection, and 53 (63%) of those infected developed influenza symptoms.

Investigators found that people with higher levels of HA stem antibodies at the start of the study were less likely to become infected with influenza. The findings suggest that the level of HA stem antibodies can be used as an indicator, or correlate, of protection against influenza virus infection. The study provides data to support the development of novel vaccine candidates targeting the HA stem, according to the researchers. Scientists hope such vaccine candidates will induce broader and more durable protection against influenza than current vaccines. The authors note that future studies should examine the role of HA stem antibodies for various strains of influenza virus.

Fishers keen to help address the problem of marine litter

Scienmag Jun 7, 2019
Credit: Fishing for Litter Commercial fishers are acutely aware of the potential for marine litter to cause…