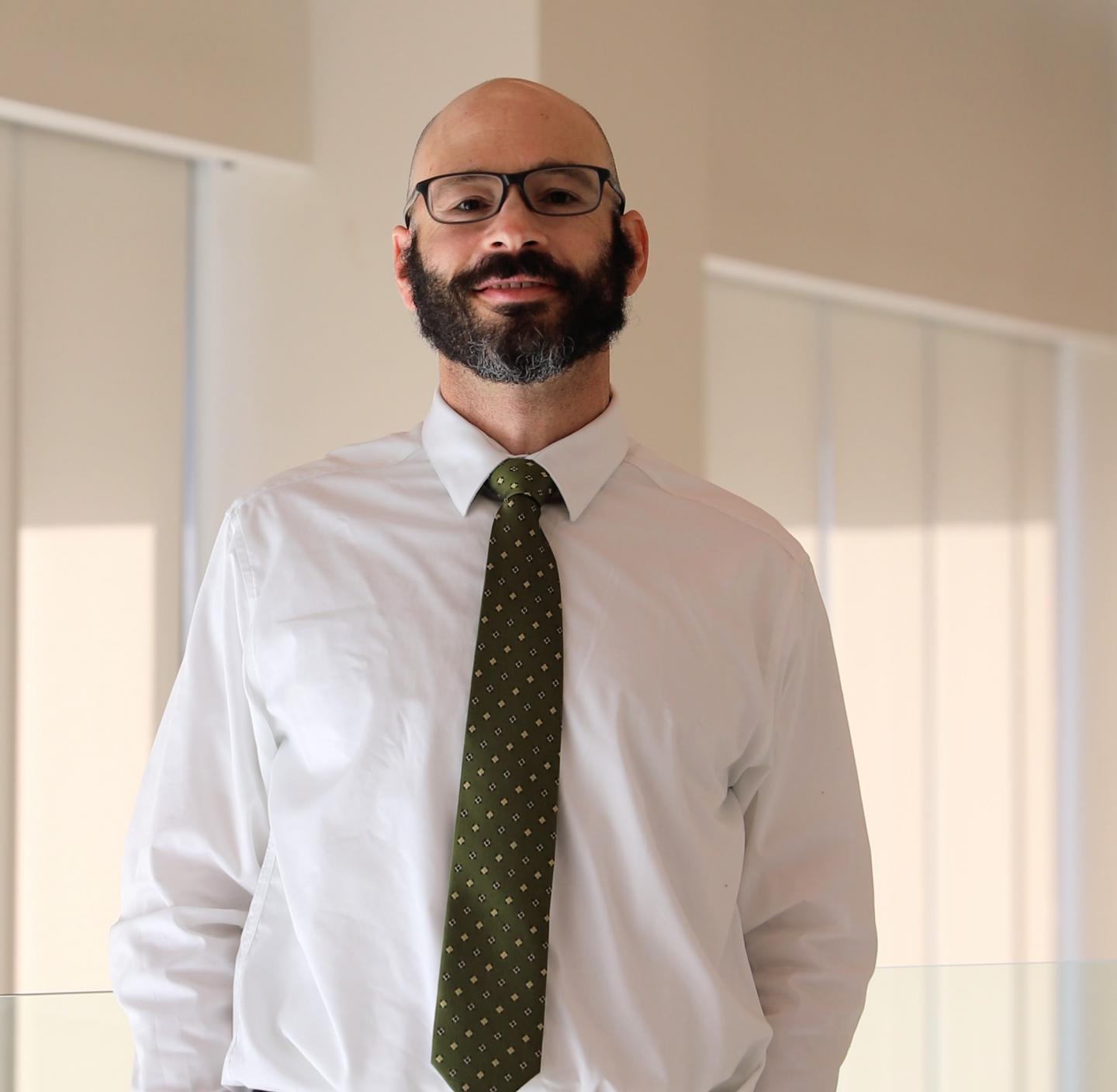 Dr. Michael S. Bloom, associate professor at the George Mason College of Health and Human Services has received a $465,214 grant from the National Institute of Environmental Health Sciences (NIEHS), an institute within the National Institutes of Health (NIH), to evaluate the effects of gestational exposure to environmental phenols and phthalates on fetal development in African American and white mothers.

Endocrine disrupting chemicals, such as environmental phenols (EPs) and phthalates (PHTs), are commonly found in every day consumer and personal care products, packaging, and pesticides.

Bloom and co-investigators will examine how gestational exposure to endocrine disruptors affects fetal development in African American and white mothers and how developmental outcomes vary by race. This study will be the first to directly assess health disparities in gestational exposure to a mixture of EPs and PHTs with fetal developmental outcomes as well as the first to capture these data in the southeastern United States, where disparities in rates of prematurity and low birth weight between African Americans and whites is the highest in the country.

“The study will fundamentally advance our understanding of racial disparities in exposure to EPs and how these differences may contribute to reproductive health disparities between African Americans and whites. Our research will directly address significant gaps in understanding the impact of highly prevalent chemicals on fetal development among African Americans in a southeastern U.S. obstetrical population,” says Bloom. “We will explore the joint effects of gestational co-exposure to a complex mixture of EPs and PHTs on fetal development and lay the foundation for a more definitive future study of the effect of mixed endocrine disrupting exposures on reproductive health disparities.”

The study will measure prevalent EPs, including parabens, ultraviolet filters, triclosan, and bisphenols A and S (BPA and BPS), in maternal urine collected during pregnancy and correlate the concentrations to birth outcomes, newborn anogenital distances (distance between the anus and genitals), and penis dimensions by mid-gestation ultrasound and at delivery. The research builds upon a prior study of 152 African American and 158 white women and their singleton newborns delivered at Medical University of South Carolina between 2011 to 2014. The earlier study examined eight PHTs frequently found in urine samples of pregnant women and fetal development outcomes. The results of the initial study provide strong support for differential effects by race.

George Mason University is Virginia’s largest and most diverse public research university. Located near Washington, D.C., Mason enrolls 39,000 students from 130 countries and all 50 states. Mason has grown rapidly over the past half-century and is recognized for its innovation and entrepreneurship, remarkable diversity and commitment to accessibility. For more information, visit https://www2.gmu.edu/.

About the College of Health and Human Services

George Mason University’s College of Health and Human Services prepares students to become leaders and shape the public’s health through academic excellence, research of consequence, community outreach, and interprofessional clinical practice. George Mason is the fastest-growing Research I institution in the country. The College enrolls more than 1,900 undergraduate and 1,370 graduate students in its nationally-recognized offerings, including: 5 undergraduate degrees, 13 graduate degrees, and 7 certificate programs. The college is transitioning to a college public health in the near future. For more information, visit https://chhs.gmu.edu/.