Unlike metallic magnets, magnets consisting of organic molecules could be lightweight, transparent, flexible or liquid. Normally, however, they are unstable 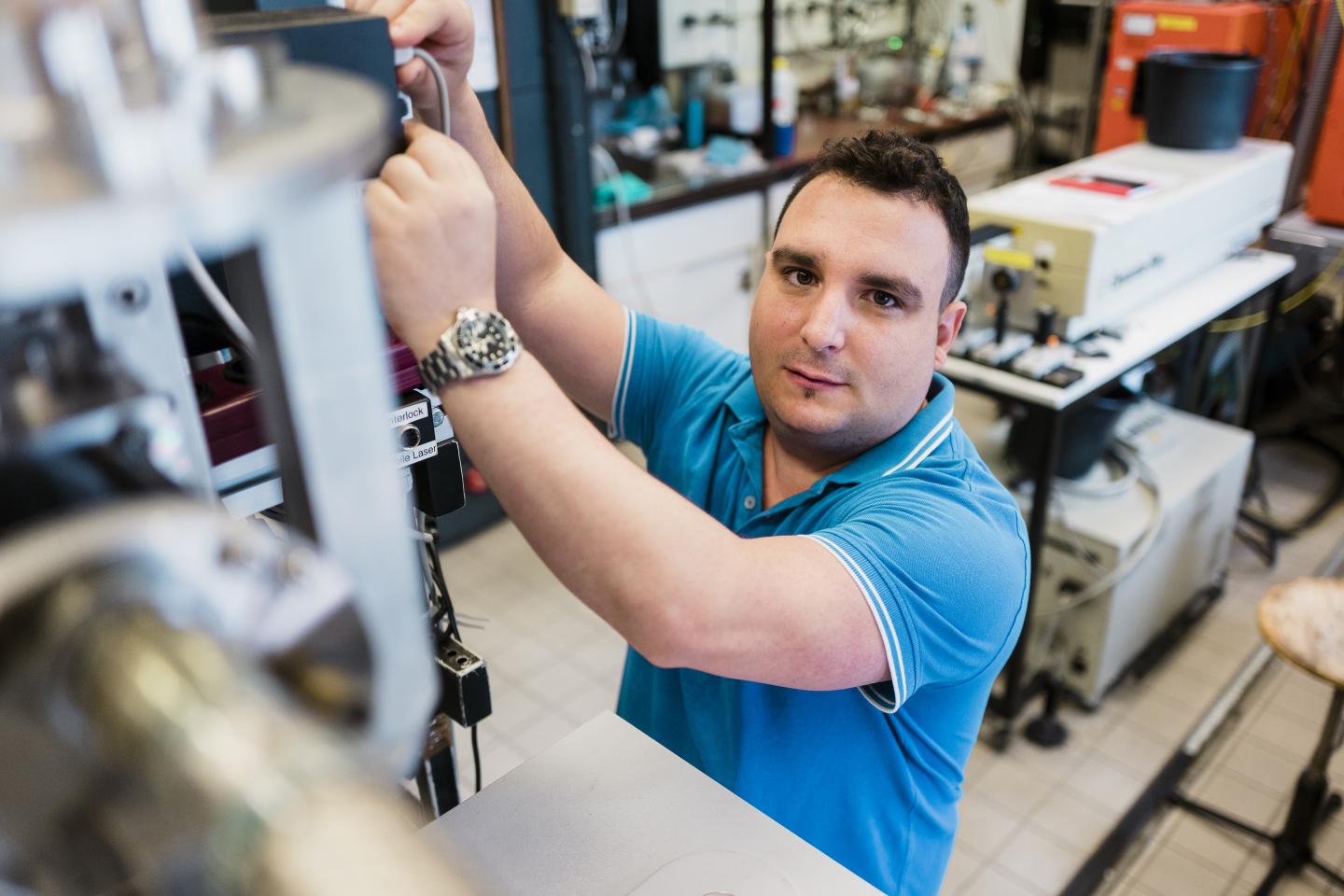 A team from the Ruhr Explores Solvation Cluster of Excellence at Ruhr-Universität Bochum has created new molecules with magnetic properties. In contrast to many earlier organic magnets, the molecules were stable in the presence of water and oxygen. Their magnetic properties were retained up to minus 110 degrees Celsius – which is relatively warm for these compounds. Together with colleagues from the Russian Academy of Sciences in Chernogolovka, the team led by Professor Wolfram Sander, Chair of Organic Chemistry II, describes the results in the journal “Angewandte Chemie” on 2 July 2019.

Organic magnets could offer many advantages over conventional metallic magnets: they would be lightweight, transparent, economical and could be flexible or even liquid. Their magnetic properties could be switched on and off using light. “However, organic magnetic molecules are often unstable,” says Wolfram Sander. “They react easily with other molecules or lose their magnetic properties when exposed to light or heat.”

Magnetism due to unpaired electrons

Magnetism occurs when electric charges move; the phenomenon can be found in matter of any kind, but with varying degrees of intensity. What are known as arylnitrenes have proven to be promising molecules for organic magnets. “They possess two unpaired electrons with a strong magnetic interaction and are relatively easy to produce,” says Enrique Mendez-Vega, one of the authors of the publication.

The researchers hoped for even stronger magnetic properties by combining several nitrenes. In the current work, they combined three nitrenes to form a trinitrene, which thus contained six unpaired electrons. Their route of synthesis achieved high yields.

Although the trinitrene had six unpaired electrons – a property that usually makes molecules reactive – it remained stable instead of reacting with oxygen and hydrogen. The researchers had embedded it in a water matrix, which also prevented the reactive units of the molecule from joining together, which would have caused them to lose their magnetic properties.

Next goal: stable at room temperature

“The trinitrenes are promising candidates for the development of organic magnets as they are relatively easy to produce in larger quantities, are stable and strongly magnetic,” says Wolfram Sander. “We are now working on making them stable under normal environmental conditions, such as at room temperature.”