Using a protein nanoparticle they designed, scientists at the University of Illinois Chicago have identified two distinct subtypes of neutrophils and found that one of the subtypes can be used as a drug target for inflammatory diseases. 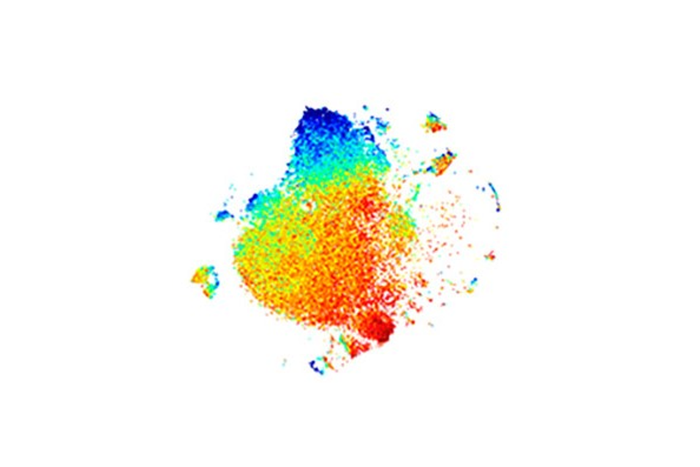 Using a protein nanoparticle they designed, scientists at the University of Illinois Chicago have identified two distinct subtypes of neutrophils and found that one of the subtypes can be used as a drug target for inflammatory diseases.

Neutrophils are a type of white blood cell that help fight infection, clear dead cell debris, and heal tissue injury. But for people with health conditions caused by chronic inflammation, like arthritis or Crohn’s disease, or excessive inflammation, like sepsis, the role of neutrophils may be deleterious. Neutrophils have been described in research as also contributing to tissue damage — the double-edged sword of inflammation. Unfortunately, current drugs for inflammatory diseases that target neutrophils suppress all their effects, including their anti-infection and healing functions.

The UIC team is the first to characterize neutrophils into two subsets.

“Understanding the differences between these neutrophil subsets opens the door for more research on treatments that address inflammatory diseases without increasing patients’ risks of infections,” said study author Kurt Bachmaier, assistant professor in the department of pharmacology and regenerative medicine at the College of Medicine, who led the research.

Bachmaier and his colleagues first used the nanoparticle platform, formulated from a protein called albumin, to analyze how neutrophils from bone marrow, blood, and spleen and lung tissues interact with the nanoparticle. They found that some neutrophils brought the albumin nanoparticle into the cell through a process called endocytosis, while others didn’t.

Further investigation with the albumin nanoparticle showed that the subtypes have different cell surface receptors and that they are functionally distinct in their helpful capacities to kill bacteria and their harmful potential to promote inflammation. ANP-high neutrophils did not help to kill bacteria but produced inordinate amounts of reactive oxygen species and inflammatory chemokines and cytokines, which contribute to inflammatory disease.

Because the ANP-high neutrophils are also the ones that captured the nanoparticle, the scientists conducted clever experiments using the albumin nanoparticle to deliver drug treatments. They filled the nanoparticle with an anti-inflammatory drug and administered it to mice with sepsis. They found that the mice treated with the drug-loaded nanoparticle had reduced signs of tissue inflammation, but that the neutrophilic host-defense was preserved.

“The albumin nanoparticle, which was filled with the drug, specifically bound to ANP-high neutrophils and unloaded their cargo into the cell, stopping it in its tracks,” Bachmaier said. “We found ANP-high neutrophils not only in mice but also in humans, opening the possibility of neutrophil subset-specific targeted therapy for human inflammatory diseases.”

“Science can be a bit like magic — by targeting only the ANP-high neutrophils, we stopped the out-of-control inflammation while preserving the bacteria-fighting inflammation of these Janus-like cells,” said senior author Asrar Malik, Schweppe Family Distinguished Professor and head of the department of pharmacology and regenerative medicine.

These findings are reported in the article “Albumin Nanoparticle Endocytosing Subset of Neutrophils for Precision Therapeutic Targeting of Inflammatory Tissue Injury,” which is published in ACS Nano, a scientific publication of the American Chemical Society and the primary nanotechnology journal.