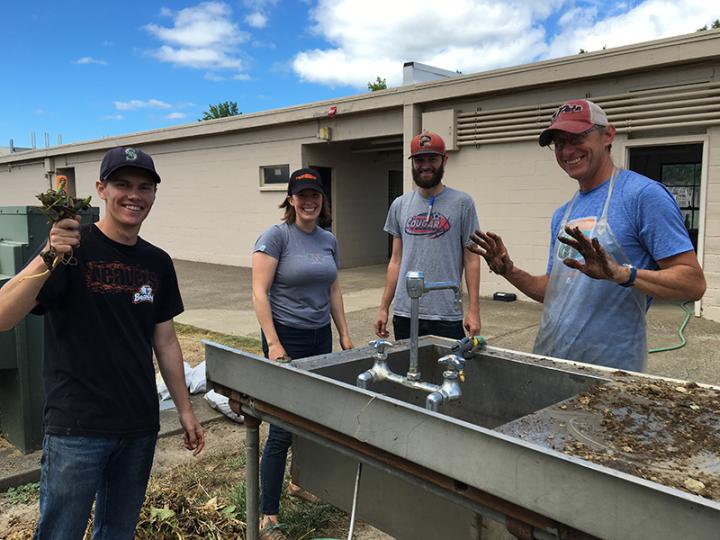 Winter squash is an important crop grown in the Willamette Valley, and the most important processing cultivar, Golden Delicious, has been grown in Oregon since the 1970s. Over the last two decades, however, growers have noticed yield declines throughout the valley. Agriculture specialists have identified an association between yield decline and disease symptoms such as stunting, vascular discoloration, late-season vine collapse, and root and crown rot, all symptoms of soilborne disease.
As causal agents for this problem had not been characterized, pathologists conducted two surveys. One to identify fungi associated with symptomatic squash tissue to establish the population present in diseased squash. The second identified fungi associated with squash randomly selected from 49 fields to establish the general fungal population associated with squash. The fungi collected from each field was compared to identify factors associated with the presence or absence of disease symptoms.
“The results of our analyses show that certain fungi are able to colonize particular tissues better than others and a history of squash production was often indicative of greater disease severity,” explained Hannah Rivedal, the paper’s first author. “Ultimately we identified a shortlist of five potential causal agents that will be studied further, to determine if they can reproduce the symptoms associated with winter squash yield decline.”
This research has instructed growers to stop overwatering early in the growing season, which is when primary infections can occur, and has also highlighted the need for rotation out of winter squash for at least 3 to 4 years.
Rivedal and her colleagues’ work is unique due to its usage of statistical analyses from community ecology. This method could be helpful to other plant pathologists diagnosing similar disease problems without a clear causal agent.
“These analyses can identify likely causal agents out of a relatively large pool of potential pathogens, which is helpful as disease systems change with climate and are caused by less conspicuous disease agents.”
As for Rivedal and her lab, in future studies they will report the pathogenic ability of these fungi, how that ability is enhanced or diminished in different combinations, and which winter squash and other cucurbits are most susceptible to the disease.

Learn more in “Characterization of the Fungal Community Associated with Root, Crown, and Vascular Symptoms in an Undiagnosed Yield Decline of Winter Squash,” published in the May issue of Phytobiomes Journal.