Palo Alto, CA—Green is a color that is almost universally associated with plants—for good reason. The green pigment chlorophyll is essential to plants’ ability to generate food; but what happens if they don’t have enough of it? 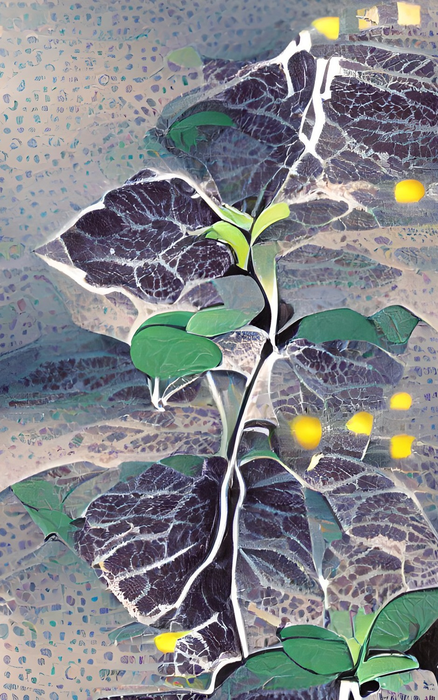 Palo Alto, CA—Green is a color that is almost universally associated with plants—for good reason. The green pigment chlorophyll is essential to plants’ ability to generate food; but what happens if they don’t have enough of it?

Photosynthesis is the complex biochemical process by which plant cells convert the Sun’s energy into chemical energy, which then is used to fix carbon dioxide from the atmosphere into sugar molecules. It occurs inside highly specialized plant cell organelles called chloroplasts.

Nutrients accumulate in chloroplasts and are essential to their optimal functioning. The research team—led by MSU’s Hatem Rouached and including Carnegie’s Sue Rhee, Hye-In Nam, Yanniv Dorone, Sophie Clowez, and Kangmei Zhao—showed that a balance of both iron and phosphorus are necessary to prevent chlorosis. The project was initiated when Rouached was a visiting scholar at Carnegie from France, which was made possible in part by Brigitte Berthelemot’s generous support to promote Franco-American research collaboration.

“For a long time, experts have thought that low iron is the sole cause of chlorosis and farmers have often applied iron to combat leaf yellowing,” Rhee explained. “But recent work has shown that other nutrients play a role in bringing about this anemic reaction.”

To better understand what makes leaves chlorotic, the investigators decided to look at the response to multiple nutrients in concert, rather than one by one.

They found that plants showing chlorosis induced by iron deficiency would yellow and photosynthetic activity would be affected, as expected. However, when the nutrient phosphorus was also removed, the plant’s leaves started accumulating chlorophyll and turned green again.

The explanation for this unexpected response lies in the signaling between the chloroplast, where photosynthesis occurs, and the cell’s nucleus, where its genetic code is stored.

Interdisciplinary analyses indicated that the nucleus’ ability to regulate gene expression in response to low iron depends on the availability of phosphorus. This kind of complex layering of nutrient responses shows that there is much still to learn about these communication channels between these two crucial plant organelles.

The team’s findings could have implications for resilience in food crops—especially crucial in a changing climate.

“We need to rethink fertilizer management, for example,” Rouached concluded. “If we take actions that don’t consider how the nutrients interact with each other, we potentially create conditions that set plants up to fail. It’s critical that we correct this thinking moving forward for the benefit of food production worldwide.”

This work was funded in part by the Institut National de la Recherche Agronomique—Montpellier—France, AgreeenSkills Plus, Michigan State University, the Carnegie Institution for Science, Brigitte Berthelemot, the U.S.  National Science Foundation, and the U.S. Department of Energy, Office of Science Office of Biological and Environmental Research, Genomic Science Program.