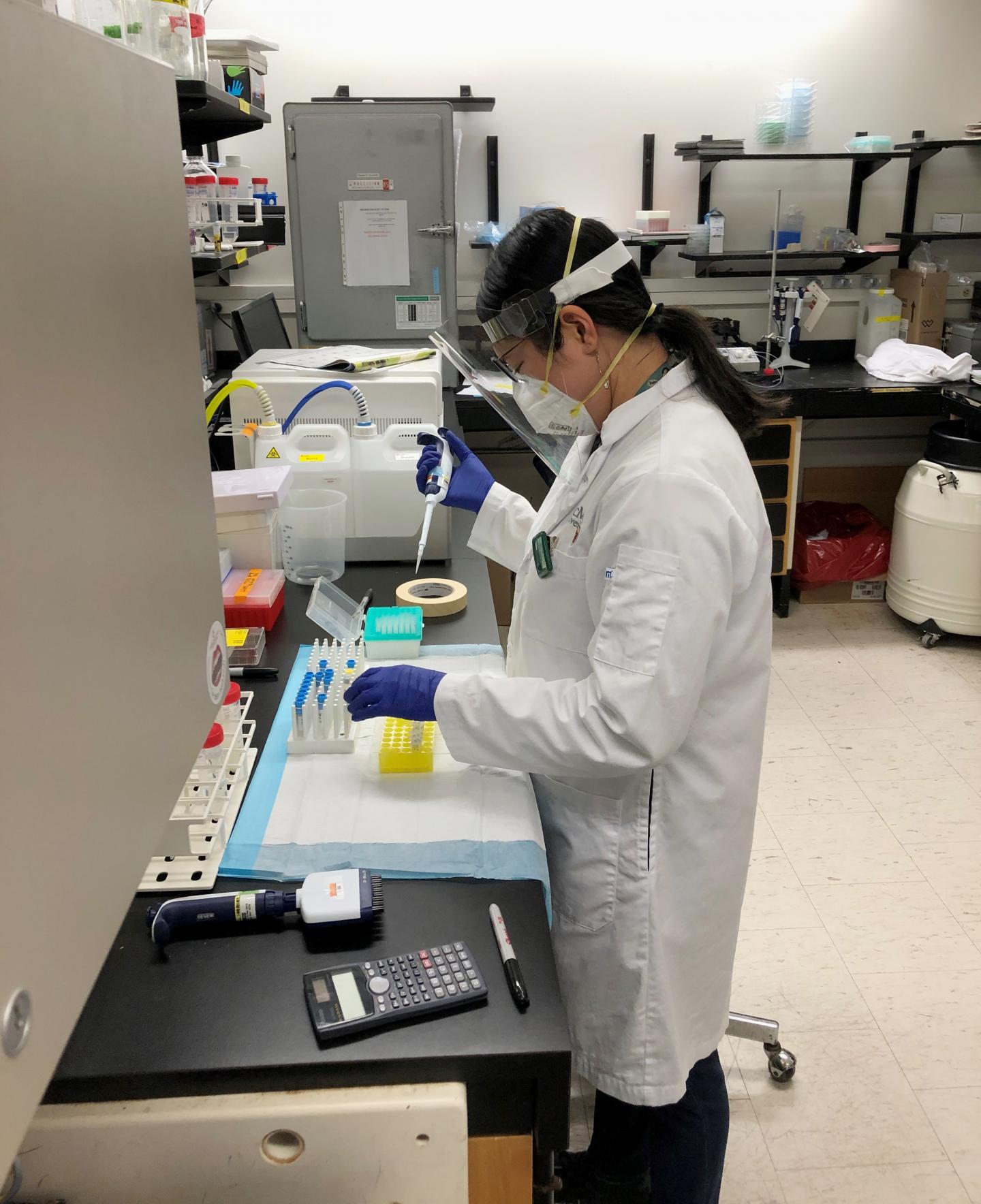 Hamilton, ON (June 9, 2021) – A new lifesaving treatment for people suffering from vaccine-related blood clots has been demonstrated by scientists at McMaster University.

The treatment’s effectiveness was described in a report describing three Canadian patients who received the AstraZeneca vaccine, and who subsequently developed VITT. Two suffered clotting in their legs and the third had clots blocking arteries and veins inside their brain.

“If you were a patient with VITT, I’d be telling you we know of a treatment approach. We can diagnose it accurately with our tests, treat it and we know exactly how the treatment works,” said Ishac Nazy, scientific director of the lab and associate professor of medicine.

“Our job is to understand this disease mechanism so we can improve diagnosis and patient management. This study brings together successful lab diagnostics and patient care. It’s a true translational medicine approach, which is really our forte, bench-side to bedside.”

VITT occurs when antibodies attack a blood protein, called platelet factor 4 (PF4), which results in activation of platelets in the blood, causing them to clump together and form clots. Blood samples taken from the patients after treatment showed reduced antibody-mediated platelet activation in all cases.

While the study patients were older, many VITT cases have affected younger people. However, Nazy and his MPIL colleagues said VITT is a rare disorder, regardless of people’s age.

The lab’s scientists include professors of medicine Donald Arnold and John Kelton and professor of pathology and molecular medicine Ted Warkentin. Together they devised an effective VITT test and treatment by building on their previous investigations of heparin-induced thrombocytopaenia (HIT).

While the two conditions are similar, using a standard HIT antibody test to detect VITT can yield false negative results.

This led the scientists to modify the HIT test to detect VITT-specific antibodies that are found, albeit rarely, in patients who had a COVID-19 vaccine.

“We now understand the mechanism that leads to platelet activation and clotting,” said Nazy.

The study was published by The New England Journal of Medicine today. External funding for the study was provided by the Canadian Institutes for Health Research.

Pictures may be found at https://bit.ly/34URaLI