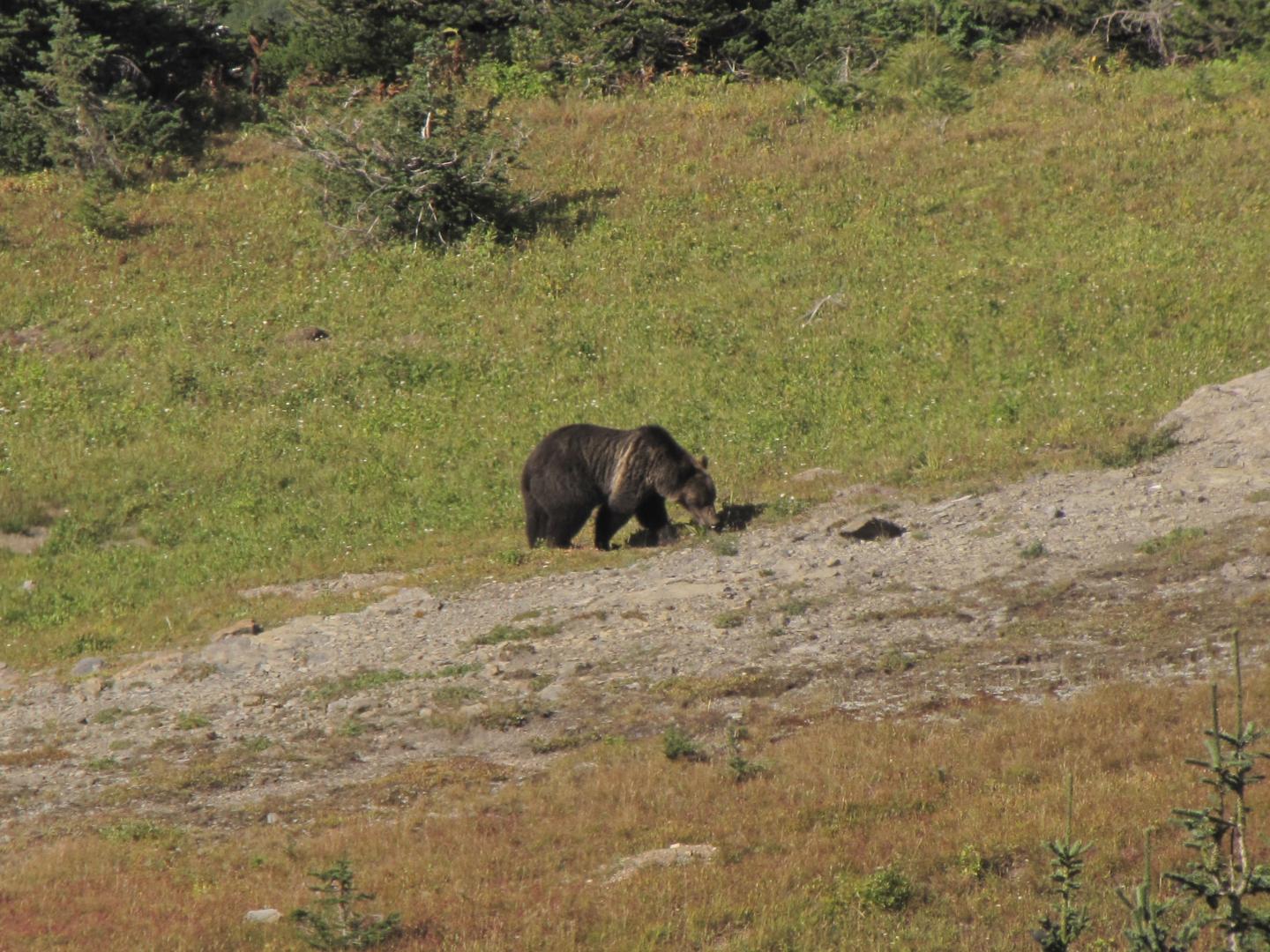 Grizzly bears depend on huckleberries as a critical food source to fatten up before winter hibernation. When berries reach peak ripeness in mid-July, they make up about half of the diet for the hundreds of grizzly bears that live in and around Montana’s Glacier National Park.

Despite the importance of huckleberries to grizzly bears, listed as threatened in the lower 48 states, there is no comprehensive way to know where the shrubs are located across the park’s vast terrain. Tracking where huckleberry plants live now — and where they may move under climate change — would help biologists predict where grizzly bears will also be found.

The University of Washington and U.S. Geological Survey have developed an approach to map huckleberry distribution across Glacier National Park that uses publicly available satellite imagery. Their new method is described in a recent paper in the International Journal of Remote Sensing.

“The inspiration behind the research was to map huckleberry patches to identify and protect areas of prime grizzly bear habitat. Grizzlies depend on huckleberries as a main source of food in late summer, and huckleberry distribution may be shifting with climate change,” said lead author Carolyn Shores, a doctoral student in the UW School of Environmental and Forest Sciences who also works as a caribou biologist for British Columbia’s fish and wildlife agency.

Huckleberry plants are an important cultural and economic resource for people, as well, particularly indigenous communities in the U.S. and Canada. Given the significance this plant plays in the life history of people, bears and dozens of other species, biologists need to be able to map and assess changes to the distribution of huckleberries to learn how to conserve them, said senior author Tabitha Graves, a research ecologist with U.S. Geological Survey who is based in the national park.

“This tool will be combined with future models of the timing and productivity of berries to inform managers of options for protecting food for bears, birds, pollinators, small mammals and humans,” Graves said.

While Glacier National Park was used as a test site for mapping huckleberries, this approach could be used around the world to map other important shrub and tree communities, or track the progression of disease or insect outbreaks, the authors said.

The research team used satellite and aerial imagery from two different sources — NASA’s Landsat images and the U.S. Department of Agriculture’s National Agriculture Imagery Program — to examine patterns in huckleberry plants that turn a brilliant red color each fall. Those plants’ bright, distinguishable color makes it possible to pick it out seasonally among other plants in the landscape.

Landsat satellites have taken regular photos of the Earth’s surface down to 30 meters (100 feet) resolution for more than four decades. These aerial images helped the research team pick out the unique visual patterns of huckleberries in areas where the plants are known to live, then use modeling to predict their distribution across the entire park.

The National Agriculture Imagery Program images were taken less frequently, but at a higher resolution of 1 meter (3 feet). Researchers used these images to train a computer to recognize huckleberries, then map the entire park with that learned information. Both methods rely on the bright red color in autumn that distinguishes huckleberries from most other plants.

The team tested the accuracy of each approach by hiking to areas in Glacier National Park where huckleberries live, making sure that the plants were in fact living where the aerial photos showed they were. In total, their mapping techniques were about 80 percent accurate, they found. The methods worked less well for mapping huckleberry plants that are under tree cover, but the plants are often in open areas.

This technique will also help to answer questions about the impacts of wildfire or other disturbances on huckleberry distribution, the researchers said.

“Our approach is the first we know of that attempts to distinguish an individual understory species based on color change,” Shores said. She noted that satellite imagery has been used to identify taller species, such as trees killed by beetles in Canada.

During the mapping project, they found that most huckleberry plants in Glacier National Park are more than 100 meters (328 feet) away from hiking trails, which bodes well for grizzly bears to be able to feed with little disturbance from humans, Shores said.

While this study focused on mapping the distribution of huckleberry shrubs in the national park, the next step is to complete several other studies aiming to understand the huckleberry lifecycle and predict the timing of berries. That information will help grizzly bear managers consider where human-bear conflicts might occur and work to minimize them.

“My vision is to have a real-time prediction of potential human-bear conflict areas,” Graves said.

The paper’s other co-author is Nate Mikle of the U.S. Geological Survey.

This study was funded by the National Science Foundation.

Inequality: What we’ve learned from the ‘Robots of the late…

Aggressive clearance key to best outcome after a brain hemorrhage