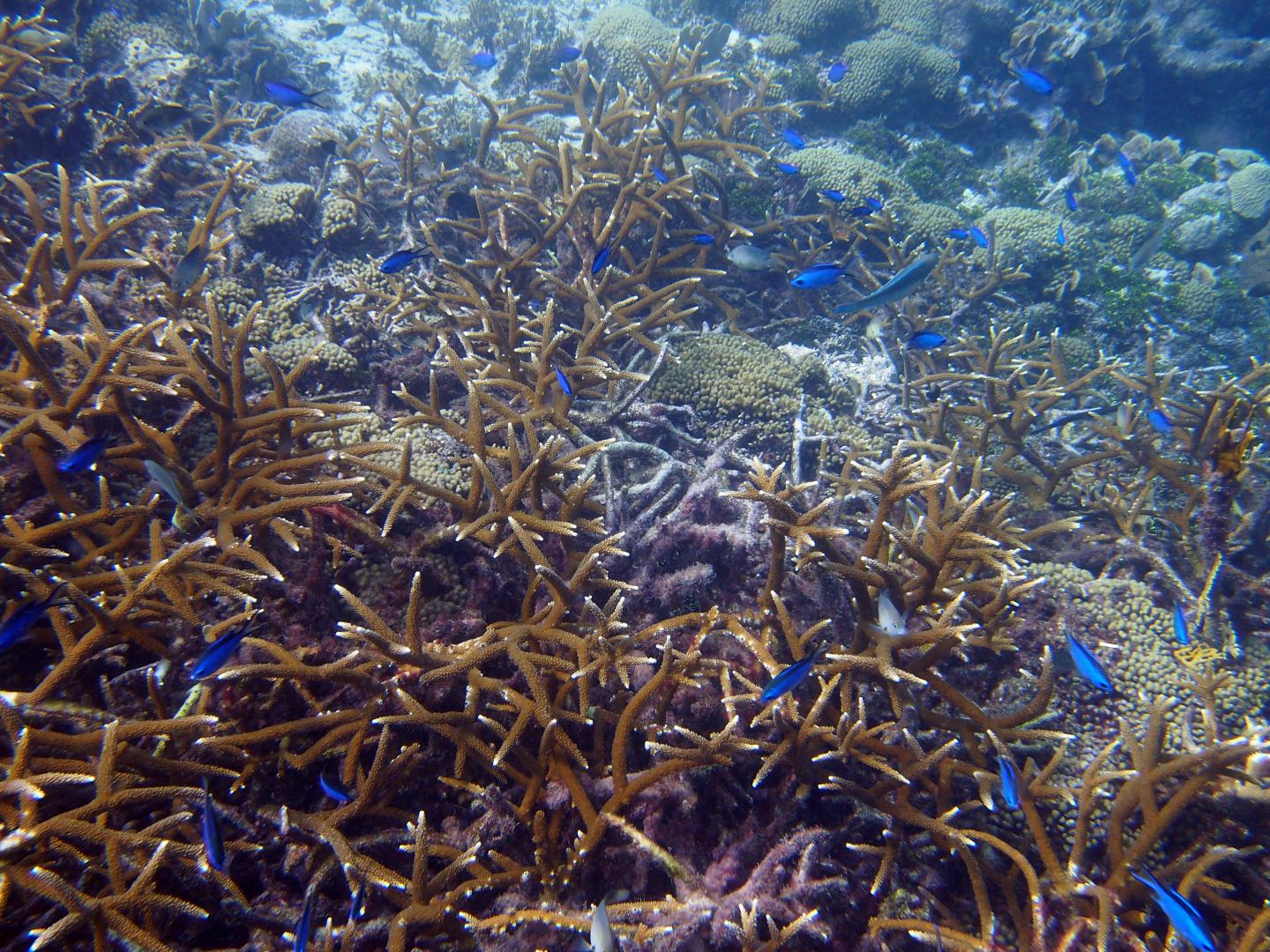 Coral conservation efforts could get a boost from a newly developed genotyping “chip”–the first of its kind for corals. The chip allows researchers to genetically identify corals and the symbiotic algae that live within the coral’s cells, a vital step for establishing and maintaining genetic diversity in reef restoration efforts. The chip and its accompanying online analysis pipeline help to democratize the genetic identification of coral biodiversity, making it accessible to conservation biologists who might not have access to the laboratory and computational resources needed to extract DNA and analyze the data.

A paper describing the new chip appears in the journal Scientific Reports.

“Corals around the world are endangered due to warming oceans,” said Iliana Baums, professor of biology at Penn State and leader of the research team. “We designed this genotyping chip to help restoration and conservation efforts. There is very little overhead needed to use the chip, so small restoration operations can access coral genetic identification to help them maximize reef health by ensuring coral populations are genetically diverse.”

The chip, also called a microarray, uses more than 30,000 single nucleotide polymorphisms (SNPs)–locations in the coral genome where at each of the locations a single letter in the DNA alphabet can vary among different corals in the Acroporid family. The Acroporid family of corals contains the largest number of different species of any coral family and are common in the Caribbean Sea and the Pacific Ocean. The chip was designed using Caribbean corals but can also be used to analyze Pacific species and allows researchers to identify the symbiotic algae that reside in the coral cells.

Corals can reproduce asexually by fragmentation, so Caribbean reefs are often dominated by corals that all can be traced back to a single origin and are therefore genetically nearly identical–researchers refer to these related corals as a “genet.” The chip is sensitive enough to allow researchers to reliably distinguish members of different genets within the same coral species.

“One way to increase genetic diversity in a reef is to make sure it is built by individuals of more than one genet,” said Baums. “Because all of the corals on a reef could be members of the same genet, it is vital to have a reliable way to identify them and our chip provides this to researchers in the field.”

To use the SNP chip, which was developed at Penn State and licensed to Thermo Fisher Scientific who produces the Affymetrix microarrays, researchers can simply send a sample of coral to a commercial laboratory. At the lab, DNA is extracted and run on the chip and the resulting data is returned to the researcher. The researcher can then upload the data files into the online analysis pipeline called the Standard Tools for Acroporid Genotyping (STAG). The analysis is performed and data maintained in a customized “Science Gateway” in the open-source web-based Galaxy platform, a resource for data-rich biomedical research also developed at Penn State.

“With the SNP chip and STAG pipeline we can help ensure that researchers around the world can genetically identify corals in a standardized way,” said Baums. “The database maintained in the Science Gateway allows researchers to compare samples, identify novel strains, and track coral diversity through time.”

In addition to Baums, the research team includes Sheila A. Kitchen, who designed the chip, Greg Von Kuster, Kate L. Vasquez Kuntz, Hannah G. Reich, and Webb Miller at Penn State; Sean Griffin at the NOAA Restoration Center; and Nicole D. Fogarty at the University of North Carolina Wilmington. The research was funded by the NOAA Office for Coastal Management and the U.S. National Science Foundation.