New therapeutic approach discovered for reducing the risk of thrombosis 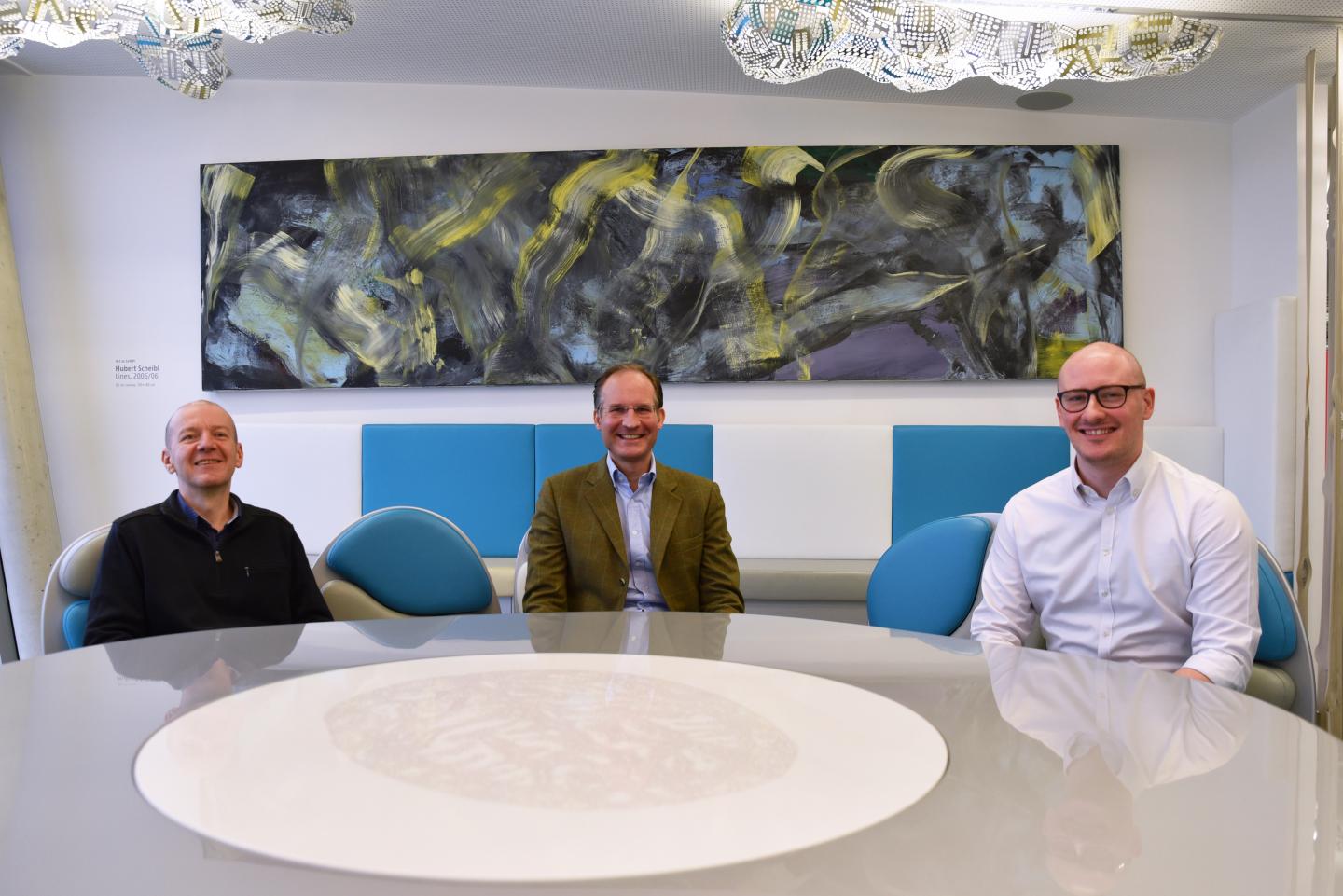 Thrombotic occlusion of blood vessels, which leads to myocardial infarctions, strokes and venous thromboembolisms, is the major cause of death in the western hemisphere. Therefore, it is of critical importance to understand mechanisms preventing thrombus formation. A new study by the research group of Christoph Binder, Principal Investigator at the CeMM Research Center for Molecular Medicine of the Austrian Academy of Sciences and Professor at the Medical University of Vienna, now explains the important role of immunoglobulin-M (IgM) antibodies in preventing thrombosis. The study published in the journal Blood shows that these antibodies recognize microvesicles, which are membrane blebs shed by cells and recognized for their critical role in thrombosis, and therefore prevent their pro-thrombotic effects. These results provide a novel approach to reduce the risk of thrombosis by using IgM antibodies.

Antibodies are an important component of the immune system. On the one hand, these proteins serve in the body to defend against microbes, and on the other hand to remove the body’s own “cell waste”. Naturally occurring antibodies which are present from birth and mostly of the immunoglobulin-M (IgM) type, play an essential role in these processes. In the context of thrombosis, earlier studies demonstrated that people with a low number of IgM antibodies have an increased risk of thrombosis. A research group led by Christoph Binder, Professor of Atherosclerosis Research at the Medical University of Vienna and Principal Investigator at CeMM , previously demonstrated in a study published in 2009 that a high percentage of natural IgM antibodies bind oxidation-specific epitopes, molecular structures that are present on dying cells and serve as “remove-me signals” for the immune system. In this study, Binder’s research group identified the mechanisms explaining anti-thrombotic effects of natural IgM antibodies.

Microvesicles, blebs shed from the membrane of cells, are critical mediators of blood coagulation and thrombus formation. The study authors Georg Obermayer and Taras Afonyushkin from Binder’s research group, both affiliated with CeMM and the Medical University of Vienna, have now demonstrated that natural IgM antibodies that bind oxidation-specific epitopes can prevent coagulation and thrombosis induced by microvesicles. This provides a mechanistic explanation for the previously published observation that low levels of these antibodies are associated with an increased risk of thrombosis. “We assume that natural IgM antibodies recognize microvesicles that are particularly proinflammatory and procoagulant,” say the scientists. Both in experiments on the mouse model and directly on human blood samples, the scientists were able to show that the addition of IgM antibodies inhibited blood clotting caused by specific microvesicles and protected mice from lung thrombosis. Conversely, it was also shown that depletion of the IgM antibodies increased blood clotting.

The study authors explain: “The study for the first time provides an explanation why people with a low number of natural IgM antibodies have an increased risk of thrombosis.” Project leader Christoph Binder adds: “The results offer high potential for novel treatments to reduce the risk of thrombosis. Influencing IgM antibody levels in high-risk patients could be a viable addition to the previously established blood thinning treatment, as this is also known to be associated with side effects such as an increased tendency to bleed in the case of injuries.” In addition, the study makes an important contribution to the basic understanding of factor modulating thrombus formation. “Microvesicles are already recognized as an important component of blood coagulation. However, our study created a novel possibility of targeting them therapeutically for the first time,” says Christoph Binder.

Funding: This study was supported by the SFB-54 “InThro” of the Austrian Science Fund (FWF), the Christian Doppler Laboratory for Innovative Therapy Approaches in Sepsis, and CCHD (Cell Communication in Health and Disease) of the FWF.

Christoph Binder was born in 1973 in Vienna, Austria. Following his studies of medicine at the Medical Faculty of the University of Vienna, where he obtained his MD degree in 1997, he entered a PhD program at the University of California in San Diego, where he obtained his PhD degree in 2002. In 2005, he joined the Department of Laboratory Medicine at the Medical University of Vienna, where in 2009 he was appointed Professor of Atherosclerosis Research, in 2006 he joined CeMM as Principal Investigator. He is a specialist in laboratory medicine and leads a research group focusing on the role of immune functions in atherosclerosis and how these can be exploited for therapeutic interventions. He first described the atheroprotective effect of pneumococcal vaccination and the natural IgM T15/E06 (Binder et al., 2003). His research group discovered that certain oxidation-specific epitopes derived from lipid peroxidation are major targets of natural antibodies (Chou et al., 2009) and of complement factor H (Weismann et al., 2011). He also identified the atheroprotective roles and mechanisms of the cytokines IL-5 (Binder et al., 2004) and IL-13 (Cardilo-Reis et al., 2012), as well as natural IgM antibodies (Gruber et al., 2016; Tsiantoulas et al., 2017). His recent work has focused on the identification and characterization of mitochondrial extracellular vesicles (Puhm et al., C2019). He has won numerous prestigious fellowships and awards and has authored more than 130 publications in renowned journals, including Nature Medicine and Nature.

The mission of CeMM Research Center for Molecular Medicine of the Austrian Academy of Sciences is to achieve maximum scientific innovation in molecular medicine to improve healthcare. At CeMM, an international and creative team of scientists and medical doctors pursues free-minded basic life science research in a large and vibrant hospital environment of outstanding medical tradition and practice. CeMM’s research is based on post-genomic technologies and focuses on societally important diseases, such as immune disorders and infections, cancer and metabolic disorders. CeMM operates in a unique mode of super-cooperation, connecting biology with medicine, experiments with computation, discovery with translation, and science with society and the arts. The goal of CeMM is to pioneer the science that nurtures the precise, personalized, predictive and preventive medicine of the future. CeMM trains a modern blend of biomedical scientists and is located at the campus of the General Hospital and the Medical University of Vienna. http://www.cemm.at

Medical University of Vienna (MedUni Vienna) is one of the most traditional medical education and research facilities in Europe. With almost 8,000 students, it is currently the largest medical training center in the German-speaking countries. With 5,500 employees, 30 departments and two clinical institutes, 12 medical theory centers and numerous highly specialized laboratories, it is also one of Europe’s leading research establishments in the biomedical sector. http://www.meduniwien.ac.at/web/en