Capability could accelerate the development of new treatments for diseases 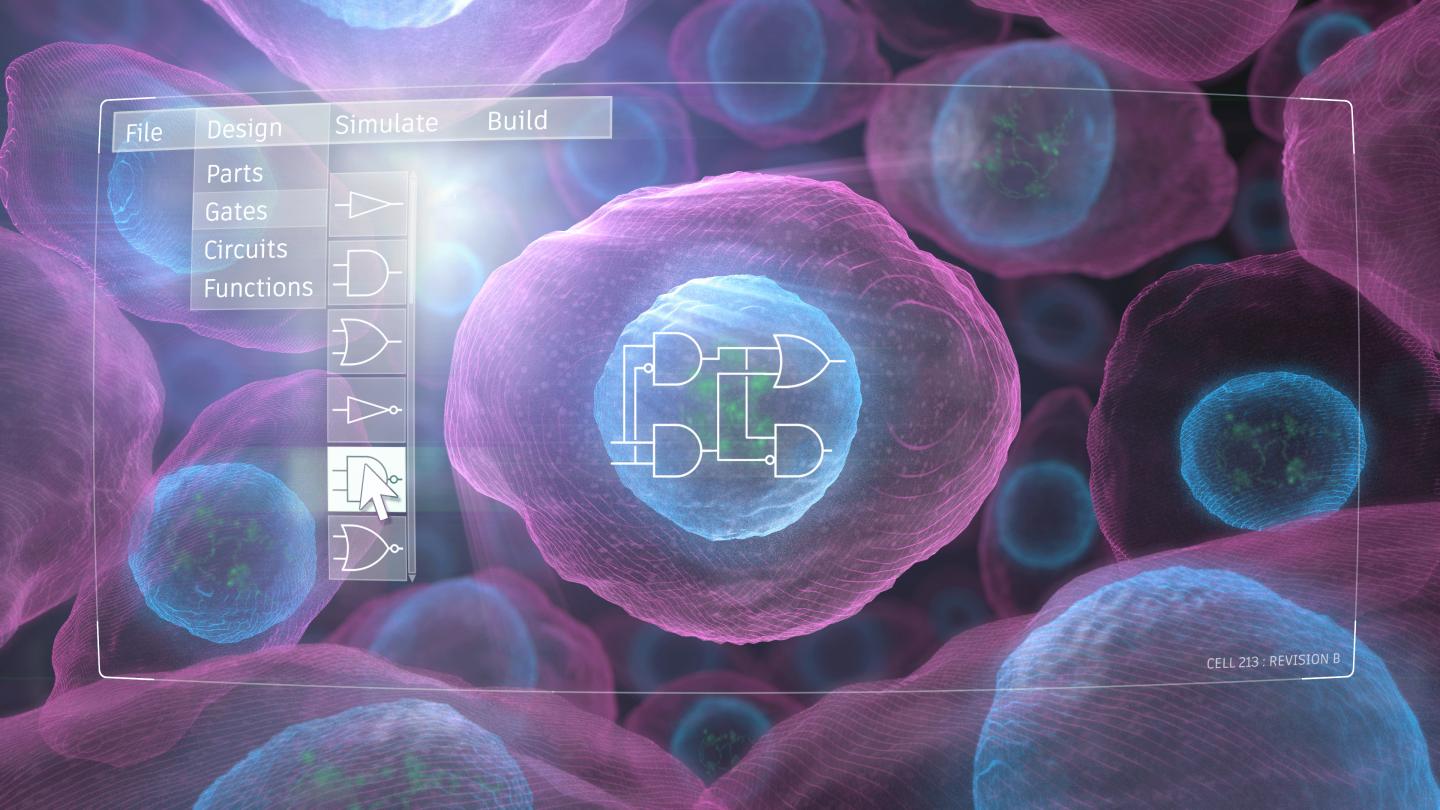 Northwestern University synthetic biologist Joshua Leonard used to build devices when he was a child using electronic kits. Now he and his team have developed a design-driven process that uses parts from a very different kind of toolkit to build complex genetic circuits for cellular engineering.

One of the most exciting frontiers in medicine is the use of living cells as therapies. Using this approach to treat cancer, for example, many patients have been cured of previously untreatable disease. These advances employ the approaches of synthetic biology, a growing field that blends tools and concepts from biology and engineering.

“To engineer a cell, we first encode a desired biological function in a piece of DNA, and that DNA program is then delivered to a human cell to guide its execution of the desired function, such as activating a gene only in response to certain signals in the cell’s environment,” Leonard said. He led a team of researchers from Northwestern in collaboration with Neda Bagheri from the University of Washington for this study.

Leonard is an associate professor of chemical and biological engineering in the McCormick School of Engineering and a leading faculty member within Northwestern’s Center for Synthetic Biology. His lab is focused on using this kind of programming capability to build therapies such as engineered cells that activate the immune system, to treat cancer.

Bagheri is an associate professor of biology and chemical engineering and a Washington Research Foundation Investigator at the University of Washington Seattle. Her lab uses computational models to better understand — and subsequently control — cell decisions. Leonard and Bagheri co-advised Joseph Muldoon, a recent doctoral student and the paper’s first author.

“Model-guided design has been explored in cell types such as bacteria and yeast, but this approach is relatively new in mammalian cells,” Muldoon said.

The study, in which dozens of genetic circuits were designed and tested, will be published Feb. 19 in the journal Science Advances. Like other synthetic biology technologies, a key feature of this approach is that it is intended to be readily adopted by other bioengineering groups.

To date, it remains difficult and time-consuming to develop genetic programs when relying upon trial and error. It is also challenging to implement biological functions beyond relatively simple ones. The research team used a “toolkit” of genetic parts invented in Leonard’s lab and paired these parts with computational tools for simulating many potential genetic programs before conducting experiments. They found that a wide variety of genetic programs, each of which carries out a desired and useful function in a human cell, can be constructed such that each program works as predicted. Not only that, but the designs worked the first time.

“In my experience, nothing works like that in science; nothing works the first time. We usually spend a lot of time debugging and refining any new genetic design before it works as desired,” Leonard said. “If each design works as expected, we are no longer limited to building by trial and error. Instead, we can spend our time evaluating ideas that might be useful in order to hone in on the really great ideas.”

“Robust representative models can have disruptive scientific and translational impact,” Bagheri added. “This development is just the tip of the iceberg.”

The genetic circuits developed and implemented in this study are also more complex than the previous state of the art. This advance creates the opportunity to engineer cells to perform more sophisticated functions and to make therapies safer and more effective.

“With this new capability, we have taken a big step in being able to truly engineer biology,” Leonard said.

The title of the paper is “Model-guided design of mammalian genetic programs.”