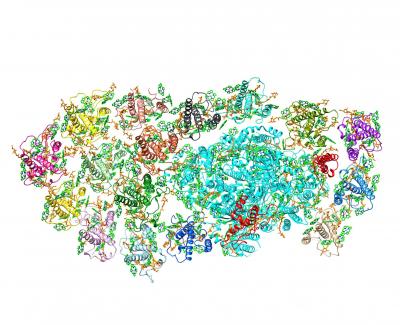 Organisms capable of photosynthesis–a biochemical process that converts solar energy into chemical energy–consist of special assemblies of proteins and pigments that capture the light energy efficiently. These assemblies are known as “light-harvesting complexes” (LHCs). They not only capture the sunlight but also initiate a series of events wherein energy is transmitted from one molecular complex to another, ultimately “trapping” the energy in the form of chemical bonds in organic compounds. Moreover, LHCs take part in the dissipation or “quenching” of excess energy under strong light, to protect the cells from light-induced damage, called photodamage. The conversion of light energy to chemical energy takes place in two distinct photosystems, photosystem I and II (PSI and PSII). The intriguing features of LHCs, including their structures and relationship with other molecules in the photosystems, have remained poorly understood.

Recently, researchers in Japan, led by Associate Professor Fusamichi Akita from Okayama University, have published a promising study in Nature Communications that revealed new structural details of the LHCI-PSI complex of an aquatic microorganism. Dr Akita explains, “To gain more insights into the process of photosynthesis, it is imperative to reveal the structural details of the proteins involved.”

These scientists focused on a type of diatom, which is a photosynthetic organism prevalent in aquatic environments. These organisms are a unique type of algae–they produce almost 20% of Earth’s oxygen as a by-product of their photosynthesis process and have developed different pigment molecules as part of their LHCs to absorb sunlight in different conditions. Diatoms are one of the major groups of the red lineage organisms, and their LHC proteins are also called fucoxanthin-chlorophyll a/c-binding proteins or FCPs, as they bind pigments “fucoxanthin” and chlorophyll a/c. But, how FCPs fit into the overall structure of the diatom PSI and take part in the energy flow is not very clear.

The scientists focused on understanding the structure of a specific FCP, called FCPI. To begin with, Dr Akita and his team captured high-resolution images of the FCPI-PSI macromolecular assembly using a technique called cryo-electron microscopy. They found that this complex has 16 subunits of FCPI surrounding the core of PSI. This discovery was exciting, as this was the largest number of LHC molecules ever reported to form a complex with PSI. They also found that while 9 of the subunits formed an inner ring that was connected to the core, 7 subunits formed an outer ring that had no direct interaction with the core. Further analysis of the structures and placement of the subunits led the scientists to gain additional insight: two unique FCP subunits were identified in the FCPI-PSI of the diatom, which had no counterpart in other algae or higher plants. The scientists could also trace the pathways by which energy transfers from one unit to another in the complex. It was revealed that the pigment molecules present among FCPI subunits not only transfer energy but also play a role in the quenching of excess energy. Dr Akita explains, “The unique structural formation of a large number of FCPI subunits in diatom PSI gives them special capabilities of light harvesting and energy quenching in the aquatic environment, where light is often limited and highly fluctuating in their intensity.”

Understanding the details of these unique photosynthetic complexes has important implications in the development of advanced solar devices. Dr Akita concludes, “Our research reveals the structural basis of an efficient energy harvesting and transfer process. The detailed mechanisms of light energy harvesting and utilization in photosynthesis could serve as models for the development of novel, efficient solar-energy utilization devices.”