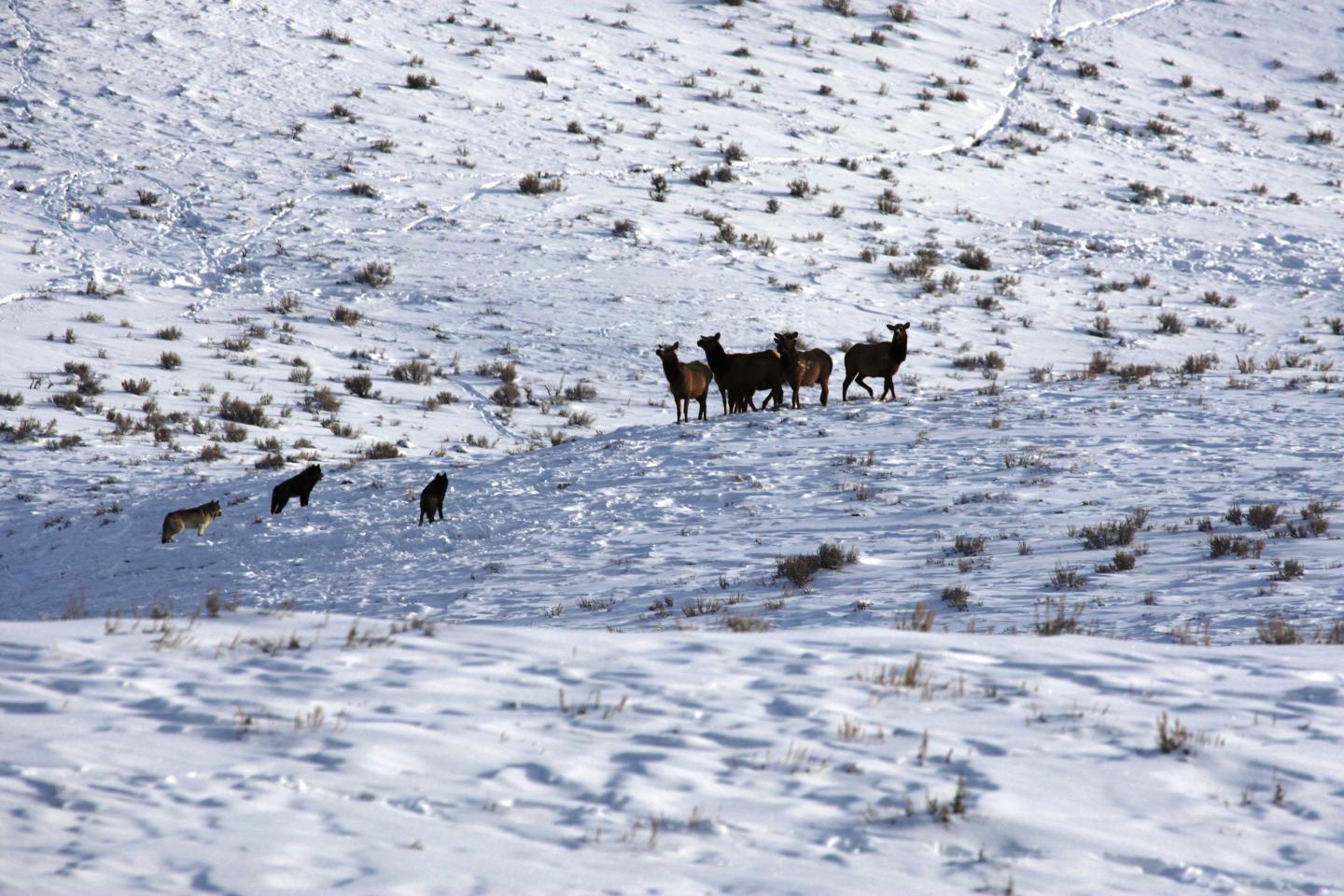 For years, scientists have assumed that when top predators are reintroduced to an ecosystem, the effects are predictable: The ecosystem will return to how it was before the predators were wiped out.

Now, University of Wyoming researchers have published a study showing that there’s little evidence for such claims. This has big implications for wildlife conservation in places such as Yellowstone National Park.

Most people are probably familiar with the story of Yellowstone’s wolves. Wolves were wiped out in Yellowstone in the 1920s and, in their absence, elk became much more common and ate so much vegetation that it degraded the ecosystem.

Wolves were reintroduced to Yellowstone in the mid-1990s and over the next two decades brought profound change to the ecosystem. The number of elk decreased, while the number of aspen, willow and cottonwoods increased. Biologists observed positive responses by other animals, from songbirds to beavers. Scientists assumed that Yellowstone’s ecosystem is on its way to being restored to historical conditions.

But this new study questions that assumption: Do we really know what those historical conditions were? And, does reintroducing apex predators alter ecosystems with any predictability at all?

The team of researchers from UW, Yale University and the University of British Columbia-Okanagan set out to find the answer. The results were published in the journal Biological Conservation earlier this week.

Ecosystem restoration via large carnivore reintroduction relies on two critical assumptions. First, large carnivore reintroduction has to initiate a predictable trophic cascade — that is, where carnivores reduce the abundance of herbivores, which, in turn, increases the abundance of the plants they feed on. Second, the magnitude of that trophic cascade has to push an ecosystem back to a previous state.

But lots of other things can happen, too. Reintroduction of large carnivores might not affect the ecosystem much at all. Or the ecosystem might veer off in a new, unpredictable direction due to changes to the ecosystem or biological communities that occurred when large carnivores were absent. This is particularly likely in today’s era of climate change and invasive species, the researchers say.

There aren’t many studies on this topic, so the researchers collected studies that included data on the reintroduction of native apex predators or removal of invasive ones. These events are two sides of the same coin: Reintroductions and removals should work the same way, but in opposite directions.

They found that trophic cascades brought on by these events don’t appear to be predictable — sometimes you get them, sometimes you don’t. In fact, they found only one consistent result: When invasive apex predators were removed, smaller predators such as coyotes, foxes and rats become more common.

Jesse Alston, the lead author on this study, says there are two take-home messages to this work.

“We need more studies,” he says. “More tests of this ‘assumption of reciprocity,’ as we call it — particularly via rigorous experimental studies — would be really helpful. This is hard data to get, but we really do need it before we can credibly claim that large carnivores restore ecosystems. They might not.”

“We also think that large carnivore reintroduction should be pursued for its own sake,” Alston adds. “Large carnivores are great, but using their effects on ecosystems to justify reintroduction might not hold up to scrutiny and could be counterproductive in the long term.

“We hope we set up a nice framework for thinking about large carnivore introduction and invasive species removal that others can run with. We want to raise an important question, but it’s going to take lots of folks to provide a definitive answer. This is an unfinished story.”

Poll shows many older adults, especially those with health issues,…