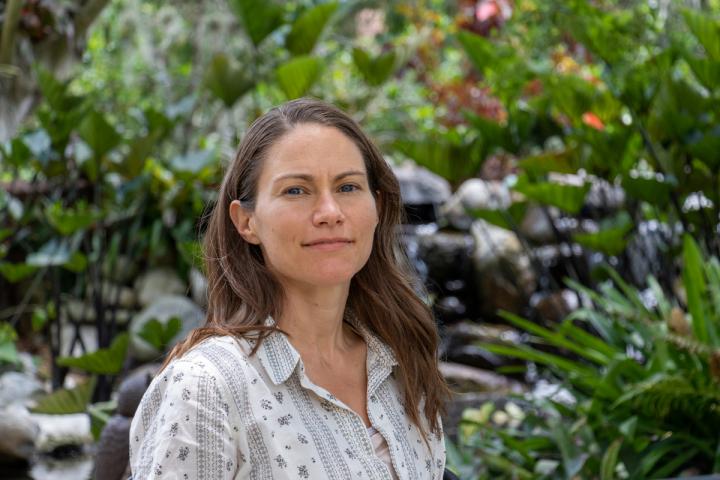 The applications of CRISPR based genetic engineering tools range from changing colors in butterfly wings to developing gene therapies that might one day cure or prevent human diseases.

Some scientists are also setting their sights on new uses – saving endangered species and possibly eliminating invasive ones to manage wildlife populations for conservation.

However, a University of Central Florida researcher and her colleagues have found that people living in the U.S. are wary of using this technology to achieve wildlife conservation goals.

And this insight is important, as new technology and procedures launched without public input can face backlash later.

The findings were published this month in the journal Conservation Biology and made available ahead of publication in March 2019.

“I think scientists learned a lot from what has occurred with genetic modification of crops,” says Patrice Kohl, an assistant professor in UCF’s Nicholson School of Communication and Media and lead author of the study.

“In the 1990s, biotechnology companies rolled out genetically modified crops without any public input, and there was fierce public pushback in response to that. So, I think there is a lot of interest among scientists in avoiding that happening again.”

CRISPR, or clustered regularly interspaced short palindromic repeats, is a fast and inexpensive method of genetic engineering that can be used almost like “scissors” to edit DNA without introducing foreign genetic material.

It has also enabled scientists to develop gene drives, a technique that would allow a genetic edit to spread rapidly throughout a wildlife population.

Compared with other emerging fields of research, such as nanotechnology and using gene editing in humans, there has been little public opinion research on gene editing in wildlife, Kohl says.

And understanding public opinion on this emerging technology is not only important for scientists seeking public buy-in so their efforts aren’t wasted or their technologies put on a shelf, but it also can inform government officials when deciding how to regulate them.

“It’s everybody’s planet, and there are huge implications for using this technology,” Kohl says. “I think scientists are interested in making sure their technologies or practices are rolled out in ways that are socially acceptable.”

For example, conservation scientists have proposed using CRISPR to improve disease immunity in populations of the endangered black-footed ferret.

There has also been interest in employing CRISPR-based tools to reduce or eliminate small invasive mammals on islands, such as the Galapagos or New Zealand, where they have devastated native bird species.

“But what if you introduce a gene-edited rat to reduce their populations on an island and then that rat escapes the island and you drive that rat species extinct?” Kohl says. “That has consequences for everyone across the entire planet.”

Although the public opinion study didn’t specify any particular species that could be saved or eliminated, its findings do offer an overview of people’s attitudes toward the risk and benefit of using gene editing for wildlife conservation in general, as well as the factors that could affect those attitudes.

The study analyzed data from a nationally representative survey of 1,600 U.S. adults from December 2016 to January 2017.

It found that, overall, respondents significantly perceived the risks of gene editing wildlife as outweighing the benefits.

However, among individuals who strongly believe in the authority of scientific knowledge, gene editing in wildlife was perceived as more beneficial and less risky.

And even though respondents were skeptical of the technology, Kohl says that doesn’t necessarily mean they wouldn’t support it.

“Just because you think something is risky doesn’t necessarily mean you don’t think something should be done,” she says. “A lot of medical treatments are risky but sometimes you have to do something that’s a little risky to take care of a problem. With cancer, for example, chemotherapy is risky, but that doesn’t mean people think it should necessarily be off the table.”

The study was funded by the Wisconsin Alumni Research Foundation.

Kohl received her doctorate in life sciences communication and her master’s and bachelor’s in journalism and mass communication from the University of Wisconsin-Madison. She joined UCF in 2018.

Building a bridge to the quantum world

NASA data stares into the eye of powerful hurricane Lorenzo