New study measures how much of corals’ nutrition comes from hunting 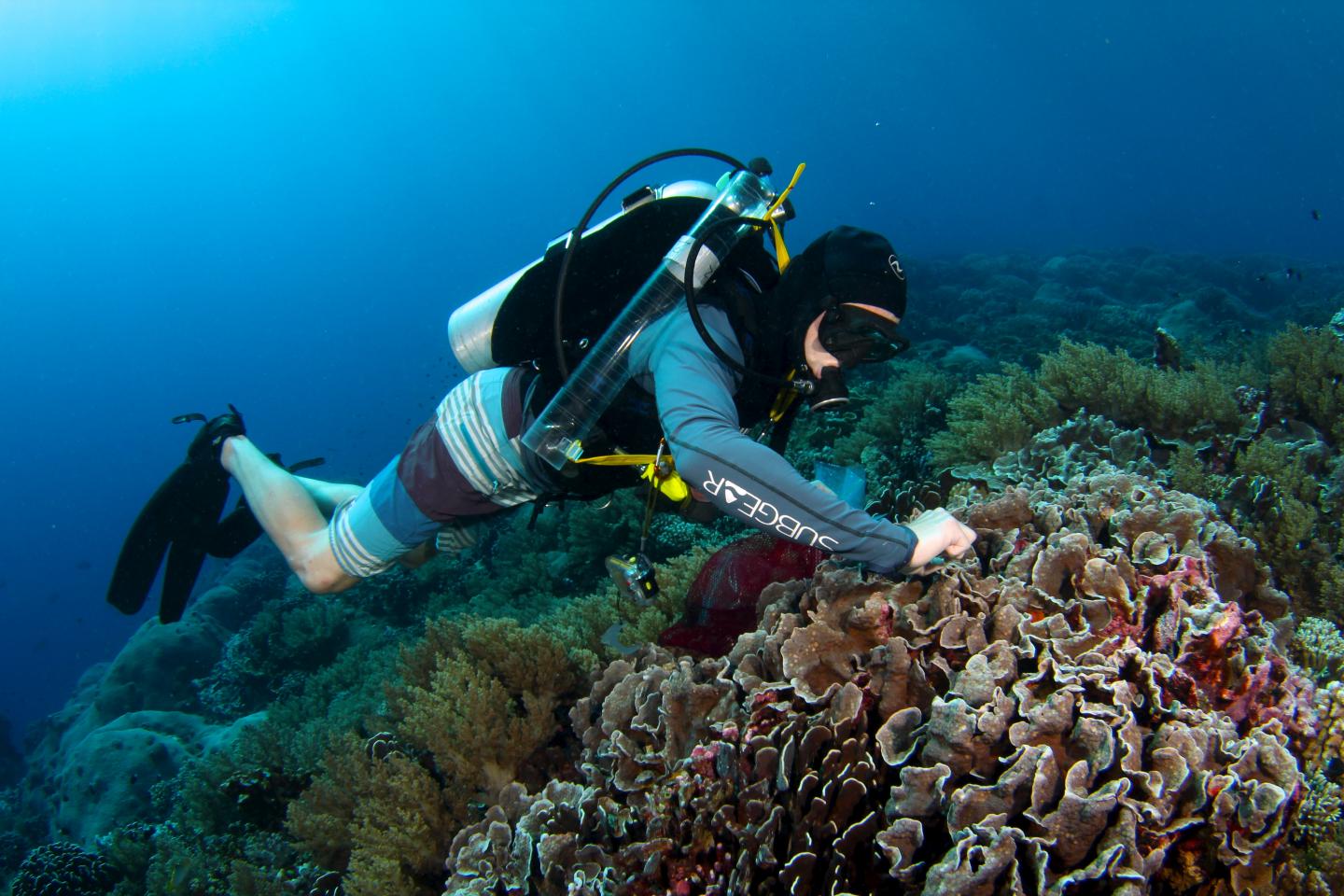 When it comes to feeding, corals have a few tricks up their sleeve. Most of their nutrients come from microscopic algae living inside of them, but if those algae aren’t creating enough sustenance, corals can use their tentacles to grab and eat tiny prey swimming nearby.

A new study from researchers at the Woods Hole Oceanographic Institution (WHOI), the University of New Mexico, and Scripps Institution of Oceanography is revealing that more of corals’ nutrients come from this sort of hunting than previously expected, information that may help predict the fate of coral reefs as global ocean temperatures rise. The study published Sept. 17, 2019, in the journal Functional Ecology.

“When you have a heat wave, corals start bleaching. Symbiotic algae, which live inside corals and provide them with most of their nutrients, are expelled from their body. If corals stay bleached for too long they basically starve to death,” says Michael Fox, a postdoctoral scholar at WHOI and lead author on the paper. “But if a coral has the opportunity to eat a lot before it bleaches or while it is bleached, it can survive off its fat stores long enough to regain those symbionts when water temperatures cool off. If we can better understand when, where, or why corals are eating, we may be able to understand why they survive better in some places than others during future bleaching events.”

Fox and his colleagues conducted their study from samples they collected at Palmyra Atoll, a remote US national wildlife refuge in the central Pacific Ocean. After bringing them back into the lab, the researchers removed the coral polyps from their skeletons, and then separated the coral animals and their symbiotic algae in a centrifuge. The team then extracted essential amino acids from the corals, their symbionts, and the tiny zooplankton that corals often eat.

“Essential amino acids are required for an animal to survive, but most corals can’t make them. They have to get them from either their symbionts or something they just ate,” says Fox. “But each of those sources make amino acids in different ways, which gives the molecules distinct chemical signatures.”

Those signatures can be used to “fingerprint” the source of the amino acid, he adds. By measuring chemical differences in six individual amino acids, the researchers were able to determine how much of a coral’s nutrition was coming from symbionts, or from captured prey. This new method for measuring coral nutrition allows scientists to estimate the contributions of different food sources to coral diets, providing a more accurate view of their nutrition than previous methods. The technique was co-developed by animal ecologist Seth Newsome of the University of New Mexico, who is also a co-author on the study.

“To my knowledge, this has never been done with corals before. It really changed our perspective,” says Fox. “Our findings suggest that some corals are eating a lot more than we previously thought, which has big implications for reef survival during climate change. We’ve also learned that individual corals of the same species can have very different diets–this may be an important source of variation that we’ll have to take into account to understand how corals will respond to future changes.”

Also collaborating on the paper were Emma A. Elliott Smith of the University of New Mexico, and Jennifer E. Smith of the Scripps Institution of Oceanography. The research was conducted under special use permits #12533-14016 and #12533-14012 from the U.S. Fish and Wildlife Service, Palmyra Atoll Research Consortium (PARC). Funding was provided by the Scripps Family Foundation, private donors, and the NOAA Nancy Foster Scholarship.

The Woods Hole Oceanographic Institution is a private, non-profit organization on Cape Cod, Mass., dedicated to marine research, engineering, and higher education. Established in 1930 on a recommendation from the National Academy of Sciences, its primary mission is to understand the oceans and their interaction with the Earth as a whole, and to communicate a basic understanding of the oceans’ role in the changing global environment. For more information, please visit http://www.whoi.edu.

HTA in the European network: Osteoporosis screening without proof of benefit

System of intelligent control of industrial robots was developed in…