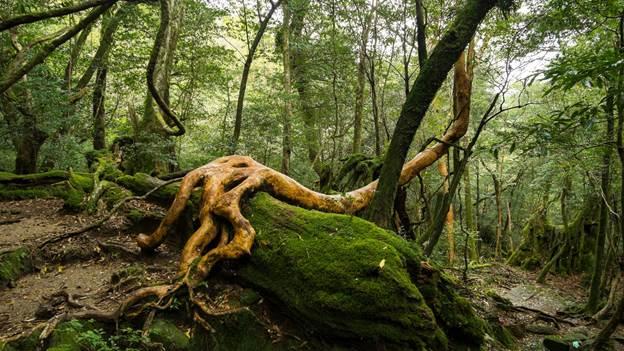 The co-authors report in the Journal of Biogeography that the International Tree Ring Data Bank, developed in 1974 and populated by hundreds of contributing scientists and agencies, had only been used for a handful of studies at a global scale due to inconsistent data accessibility and formatting.

“The Data Bank is a fantastic resource for earth sciences that has been scarcely used. This new version is more accessible to scientists outside dendrochronology, and also gives an ecological context to interpret results drawn from it,” says Rubén Manzanedo, a post-doctoral research fellow at the Harvard Forest and the University of Washington, who co-led the project with Shoudong Zhao from Beijing Normal University and Neil Pederson, also from Harvard Forest.

The team corrected thousands of formatting issues that prevented files from being read, requiring scientists to either manually correct errors or omit large portions of available data. “The data correction took weeks of intensive work,” says Manzanedo. “In the sample records, any misplaced character or erroneous empty space would make a whole file unreadable. Finding those was sometimes like finding a needle in a haystack. We kept a log with our decisions to ensure the future traceability of the process.”

The most vital feature in the team’s improvements is a new tool that helps scientists reduce the analytical bias that comes from the Data Bank’s overrepresentation of samples from certain geographic areas, environmental conditions, and species groups.

“Five tree species represent 30 percent of the Data Bank’s records,” says Manzanedo. 81 percent of the records are from conifers, which are not the dominant tree in many ecosystems. Manzanedo explains: “Global results previously drawn from the database would likely reflect the response of conifers, and not the trees here in the temperate zone of the eastern US or in east Asia, and certainly not the trees in the tropics.”

The authors hope their work can be applied to other scientific databases. Manzanedo adds, “We hope these new tools promote a more pro-active approach to fixing the gaps in large ecological databases and encourage people to keep improving the Tree Ring Data Bank, but even more importantly, that it encourages a wider range of scientists to use the valuable data we already have.”

The Harvard Forest, founded in 1907 and located in Petersham, Mass., is Harvard University’s outdoor laboratory and classroom for ecology and conservation, and a Long-Term Ecological Research (LTER) site funded by the National Science Foundation. Its 4,000 acre property is one of the oldest and most intensively studied research forests in the U.S. In addition to studying New England landscapes, research scientists at the Forest study ecosystems around the U.S. and the globe. More information can be found at http://harvardforest.fas.harvard.edu/.

For interviews with a scientist involved in the research, contact Clarisse Hart, [email protected]; 978-756-6157.

Read the full paper in the Journal of Biogeography at: https://onlinelibrary.wiley.com/doi/10.1111/jbi.13488

Superhero science: Ant-Man and the Wasp

Experiments with roundworms suggest alternatives for the treatment of…