New study finds that race is a factor in investment judgments 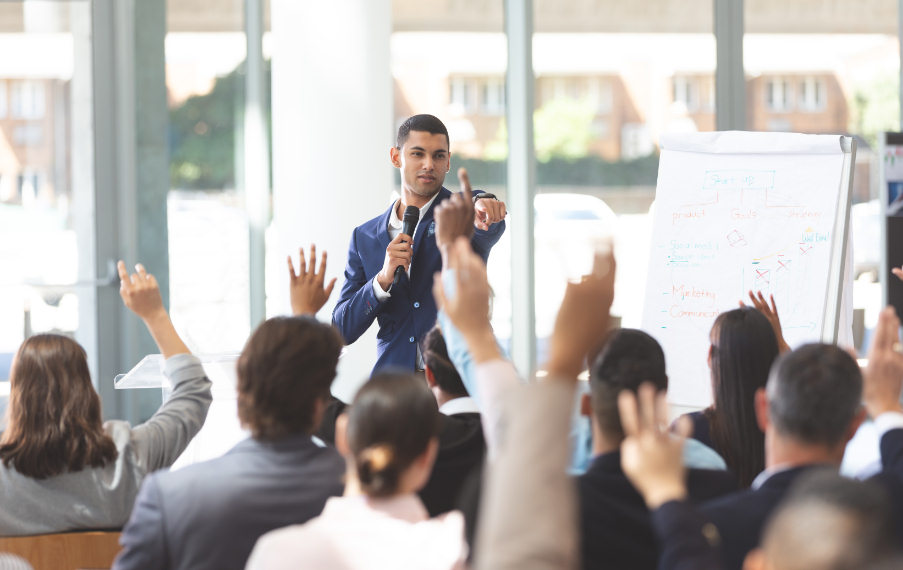 OAKLAND, CA – According to new research released today in the Proceedings of the National Academy of Sciences, race influences the investment judgments of asset allocators. Experts believe this may contribute to the stark racial disparities in the world of institutional investing.

The study is the first report from the new research partnership initiated by private investment firm, Illumen Capital, and led in collaboration with Stanford SPARQ, a do-tank that partners with industry leaders to tackle disparities and inspire culture change through behavioral science. The partnership aims to promote fairness across the financial services industry by examining how unconscious bias drives racial and gender disparities in the sector.

“We’re living in a society where we’re absorbing images and ideas all the time that influence who we are and how we see the world, even when we’re not aware of it,” said Dr. Jennifer Eberhardt, a psychologist and expert on bias who led the Stanford SPARQ research team, and is the author of Biased. “This study takes a necessary and critical look at how bias impacts the investing space through the lens of those in power and provides insight into how decision-makers can better resolve those challenges going forward.”

Importance of Study. As the report highlights, “asset allocators” operate via pension funds, endowments, foundations, and sovereign funds, performing two key functions for society and their sponsors: providing high rates of return for the organizations they represent and acting as the base of the global capitalist system, allocating their funds to countless investment opportunities around the world, often through for-profit financial intermediaries (venture capitalists, hedge funds, private equity funds) managed by professional fund managers who attempt to generate a high investment return.

Given their power and influence, it is critical to understand how these asset allocators deploy capital and make investment judgements, particularly across third party fund managers. If asset allocators set incorrect or biased incentives, the entire capitalist system will reflect and reinforce these biases.

Furthermore, while there are $69.1 trillion of global financial assets under management across mutual funds, hedge funds, real estate and private equity, fewer than 1.3 percent are managed by women and people of color. A comprehensive data set of every venture capital organization and investor since 1990 shows that the industry has remained “relatively homogeneous” for the past 28 years, particularly white and male. Women represent only 8 percent of investors. Hispanics make-up just 2 percent of venture capitalist investors and fewer than 1 percent are black. And there has been no systematic investigation of the factors that cause those disparities in investment decision-making until now.

“I’ve observed investors leaving money on the table because they underestimate the value of funds managed by people of color and women,” said Daryn Dodson, an impact investor, who is the founder and managing director of Illumen Capital, which he founded to address this gap. “But many of these investors did not seem to harbor conscious prejudices or even notice their biased behavior. This leads me to believe that the problem can be addressed, but we must first clearly define why these issues exist. This is true for professionals in the impact investing space too, who, seeking to improve society and achieve returns can never fully reach their goals without addressing racial bias.”

About the Study. “Identifying the root of racial disparities in investing is challenging because there are so few people of color in this space to begin with,” said Dr. Sarah Lyons-Padilla, a research scientist at SPARQ and leading author of the study. “Are investors biased against racially diverse teams, or is there just not enough diversity in the pipeline? We decided our first step should be to design a controlled experiment that could tell us whether, all qualifications equal, racially diverse teams face more scrutiny than their racially homogeneous counterparts.”

The research team explored three distinct theories that could explain disparities in investing: 1) there is no investor bias against funds owned by people of color, suggesting that the issue is primarily a talent pipeline problem; 2) bias exists predominantly at weaker levels of performance – below the bar; and 3) bias exists predominantly at stronger levels of performance–above the bar.

The study examined differences in judgment among asset allocators when all details about a fund’s track record and qualifications were kept constant except race. Through an online experiment with actual asset allocators, the research team sought to determine whether there are biases in their evaluations of funds owned by black men in particular, and, if so, how these biases manifest.

“Controlling assets of nearly $100 trillion, the influence that these beneficial institutional investors have on the entire chain of financial intermediation, capitalism and even society cannot be overstated,” added Dr. Ashby Monk, a member of the SPARQ team and executive director of the Global Projects Center at Stanford. “It is of the highest importance that they invest and operate without bias. This paper and its findings hopefully raise awareness of the types of biases that remain. Racial bias is still alive and well in our country and its system of capitalism, and the investment community needs to do more to counter it in order to live up to their fiduciary obligations.”

Dr. Hazel Markus, co-director of SPARQ, noted that this careful analysis of the judgements of actual asset allocators reveals that the same types of biases that social psychologists have long documented in many arenas of society–education, employment, and everyday social life–are also at work in the powerful financial services industry. Rather than an emphasis on “fixing” individual financial decision-makers, however, the results suggest the value of a systematic approach to implementing practices that counteract these pervasive biases.

Conclusion. The results suggest first that underrepresentation of people of color in the realm of investing is not only a talent pipeline problem, and second, that funds led by people of color might paradoxically face the most barriers to advancement after they have established themselves as strong performers.

“This study highlights the tangible business value represented by diverse teams, which, when left unrecognized, leaves profit and opportunity on the table,” said Lata Reddy, senior vice president of Prudential Financial’s Diversity, Inclusion & Impact team, the report’s lead sponsor. “Black and Latino Americans wield almost $3 trillion in combined purchasing power today, and that’s projected to grow. Companies concentrating on racial equity have created new business value and improved their bottom line. As this study shows, investing in those groups that have been historically marginalized can strengthen not only the talent pipeline, but the advancement of people of color in their careers and their communities.”

Additional research is expected to examine solutions in more depth. However, investing experts advising on the study believe that research, awareness-raising, professional training, and coaching as well as intentional changes to long-time industry practices, can improve the future make-up and impact of the investment community, changing the power dynamic to one that is more equitable and culturally significant.

Event RSVP. Authors of the research will discuss findings at an event in Oakland, CA on Thursday, August 15. Email [email protected] to learn more.

Stanford SPARQ is a “do tank” that partners with industry leaders to tackle disparities and inspire culture change in criminal justice, education, economic mobility, and health using insights from behavioral science. https://sparq.stanford.edu/

Some hoppy news: Hops don’t need to go dormant in order to flower