74-year-old museum specimen, which once lived at ZSL London Zoo, identified as a new species of giant salamander and probably the world’s biggest amphibian 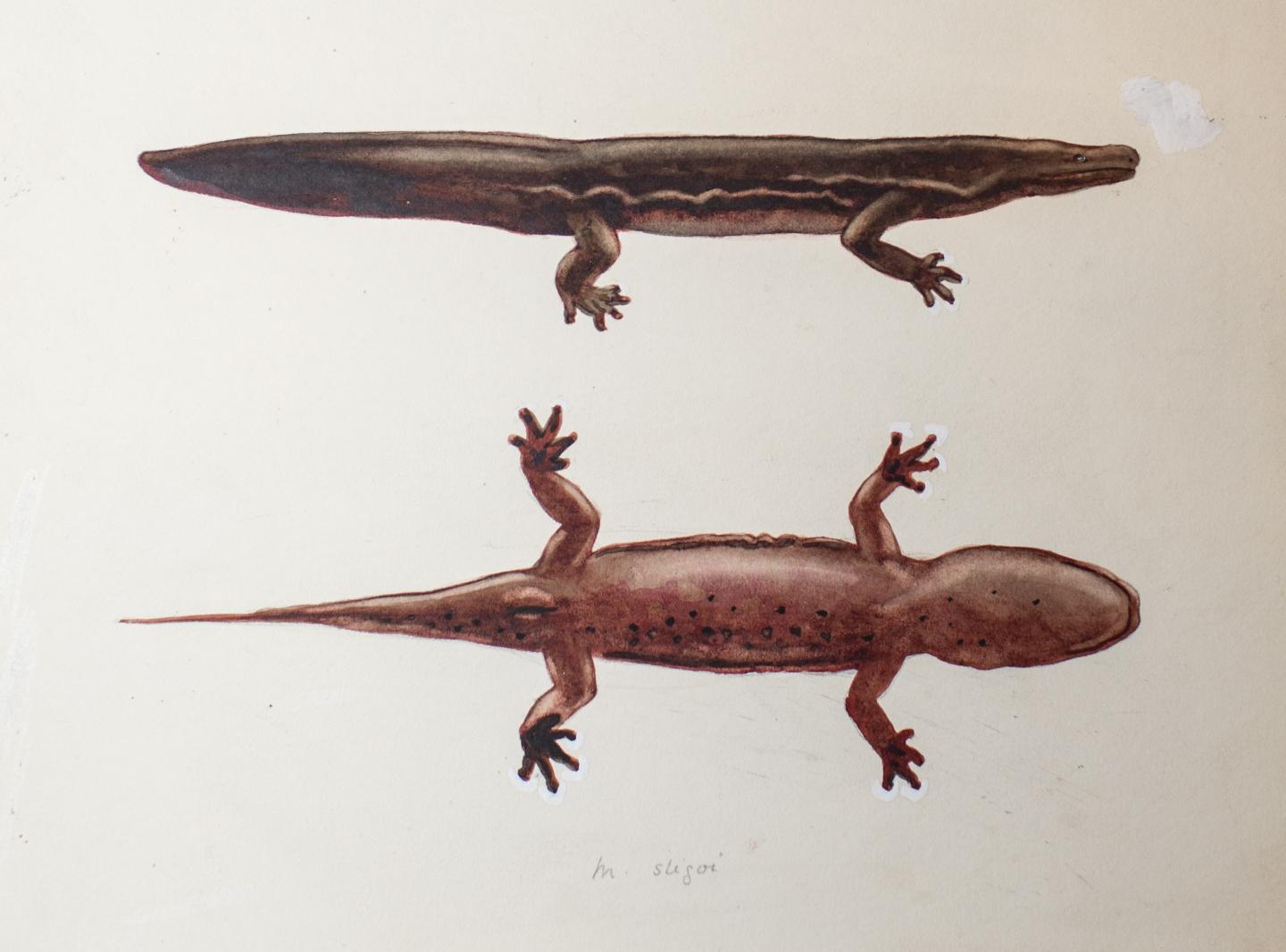 Using DNA from museum specimens collected in the early 20th century, researchers from ZSL (Zoological Society of London) and London’s Natural History Museum identified two new species of giant salamander – one of which they suspect is the world’s biggest amphibian.

Chinese giant salamanders, now classified as Critically Endangered, were once widespread throughout central, southern and eastern China. They have previously been considered a single species (Andrias davidianus). However, new analysis of 17 historical museum specimens and tissue samples from wild salamanders challenges this assumption.

The paper, published today (17.09.2019) in the journal Ecology and Evolution, found three distinct genetic lineages in salamanders from different river systems and mountain ranges across China. These lineages are sufficiently genetically different that they represent separate species: Andrias davidianus, Andrias sligoi, and a third species which has yet to be named.

One of the newly identified species, the South China giant salamander (Andrias sligoi), was first proposed in the 1920s based on an unusual salamander from southern China that lived at the time at London Zoo. The idea was then abandoned but has been confirmed by today’s study. The team used the same animal, now preserved as a specimen in the Natural History Museum after living for 20 years at the Zoo, to define the characteristics of the new species.

The other unnamed new species, from Huangshan (the Yellow Mountains), is still only known from tissue samples and has yet to be formally described.

The study’s lead author, Professor Samuel Turvey of ZSL’s Institute of Zoology, said: “Our analysis reveals that Chinese giant salamander species diverged between 3.1 and 2.4 million years ago. These dates correspond to a period of mountain formation in China as the Tibetan Plateau rose rapidly, which could have isolated giant salamander populations and led to the evolution of distinct species in different landscapes.

The decline in wild Chinese giant salamander numbers has been catastrophic, mainly due to recent overexploitation for food. We hope that this new understanding of their species diversity has arrived in time to support their successful conservation, but urgent measures are required to protect any viable giant salamander populations that might remain.

Salamanders are currently moved widely around China, for conservation translocation and to stock farms that cater for China’s luxury food market. Conservation plans must now be updated to recognise the existence of multiple giant salamander species, and movement of these animals should be prohibited to reduce the risk of disease transfer, competition, and genetic hybridisation.”

ZSL works in China to protect giant salamanders in the wild and to raise their profile through our exhibit at London Zoo, where zookeepers welcomed four juveniles in September 2016. The salamanders were seized by Border Force after an attempt to illegally import them. One of the salamanders, named Professor Lew, has since moved into a state-of-the-art tank in the Zoo’s Reptile House, where visitors can come face-to-face with one of nature’s giants. The three others are currently being cared for behind the scenes. Keepers will eventually introduce another animal to Professor Lew as a mate and the remaining two may then move to a different zoo, as the adults are highly territorial and need to be housed in separate enclosures.

Melissa Marr, PHD researcher at the Natural History Museum London added: “These findings come at a time where urgent interventions are required to save Chinese giant salamanders in the wild. Our results indicate that tailored conservation measures should be put in place that preserve the genetic integrity of each distinct species. Our research also highlights the central role that The Natural History Museum’s collections can play in the conservation of Critically Endangered species.”

ZSL (Zoological Society of London) is an international conservation charity working to create a world where wildlife thrives. From investigating the health threats facing animals to helping people and wildlife live alongside each other, ZSL is committed to bringing wildlife back from the brink of extinction. Our work is realised through our ground-breaking science, our field conservation around the world and engaging millions of people through our two zoos, ZSL London Zoo and ZSL Whipsnade Zoo. For more information, visit http://www.zsl.org.

The Natural History Museum exists to inspire a love of the natural world and unlock answers to the big issues facing humanity and the planet. It is a world-leading science research centre, and through its unique collection and unrivalled expertise it is tackling issues such as food security, eradicating diseases and managing resource scarcity. The Natural History Museum is the most visited natural history museum in Europe and the top science attraction in the UK; we welcome around five million visitors each year and our website receives over 850,000 unique visitors a month. People come from around the world to enjoy our galleries and events and engage both in-person and online with our science and educational activities through innovative programmes and citizen science projects.

ZSL has been working in China to study and conserve Chinese giant salamanders since 2010. ZSL and local partners including Kunming Institute of Zoology (KIZ) conducted the most extensive wildlife survey seen in China to date, with field surveys carried out at 97 sites in 16 of the country’s 23 provinces over a four-year period between 2013 and 2016. The study revealed that Chinese giant salamanders had vanished from nearly everywhere the team surveyed, due to multiple threats including poaching. While Chinese legislation prohibits the harvesting of wild Chinese giant salamanders, the country’s Ministry of Agriculture supports widespread releases of farmed animals as a conservation measure. Paradoxically, this approach may be harmful to wild populations as it risks mixing species and spreading wildlife disease.

Use of ZSL Images and Video

Photographs, video or graphics distributed by ZSL (Zoological Society of London) to support this media release may only be used for editorial reporting purposes for the contemporaneous illustration of events, things or the persons in the image or facts mentioned in the media release or image caption. Reuse of the picture or video requires further permission from the ZSL press office.

Only a third of women take up all offered cancer screenings, new research finds

To address hunger, many countries may have to increase carbon footprint