In 2020, a group of researchers in Fay-Wei Li’s lab at the Boyce Thompson Institute (BTI) had done what many scientists dream of doing: They discovered a new species. But as they discussed what to name this green alga from Central New York State, nothing seemed quite right. 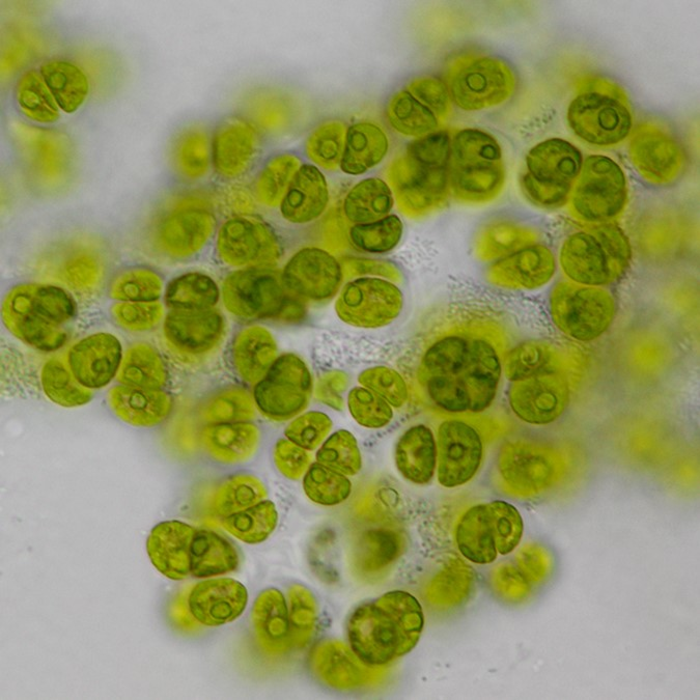 In 2020, a group of researchers in Fay-Wei Li’s lab at the Boyce Thompson Institute (BTI) had done what many scientists dream of doing: They discovered a new species. But as they discussed what to name this green alga from Central New York State, nothing seemed quite right.

After many rounds of fruitless brainstorming, the lab group found inspiration during President Joe Biden’s inauguration on January 20, when poet Amanda Gorman read her poem, “The Hill We Climb.”

“At a point when it was sometimes difficult to find meaning in our research, Amanda Gorman gifted us with this incredibly uplifting poem that gave us a renewed sense of hope in the lab,” says Li, who is also an adjunct assistant professor in the School of Integrative Plant Science at Cornell University.

To honor the poet who shone some light in those dark days, the researchers named the new species Gormaniella terricola, with the genus named after Gorman.

Li credits the naming idea to Tanner Robison, a graduate student working in his lab.

“It wasn’t a political thing, it was just a really great poem. It was about rising above challenges, and we had had a very challenging year,” says Robison.

The description of Gormaniella terricola was published in the American Journal of Botany on June 9.

Jessica Nelson, a former researcher in Li’s lab and now a Lecturer of Biology at Maastricht University, was collecting hornwort plants in Potato Hill State Forest, looking for symbiotic cyanobacteria. When she started isolating and growing organisms that were living closely with hornworts, a green alga showed up in her petri dishes.

Green algae are technically not plants, but they are similar to plants in that they contain chloroplasts that use the energy from light to manufacture sugars.

“Once we started sequencing the alga’s genome, we were able to place it in the order Chaetopeltidales,” says Li. “But there were aspects of its chloroplast genome that were completely unique, and made it clear that this was something new.”

Li then sent a culture to Louise Lewis, professor in the Department of Ecology and Evolutionary Biology at the University of Connecticut, who has experience with this evolutionarily diverse but poorly known group of microscopic algae. Together they determined what Nelson isolated was indeed a new species in a brand-new genus.

When Robison dug further into the genomic data, he discovered something even more remarkable about this creature.

“The chloroplast genome of Gormaniella terricola is highly repetitive and contains quite a bit of DNA from fungi and bacteria,” says Li. “It was likely invaded multiple times from other species through a process called horizontal transfer.”

Robison sees another lesson in the serendipitous discover of Gormaniella terricola. “It wasn’t at all what we were looking for. It would have been easy to just call it contamination and throw it out, but curiosity drove us to take a closer look,” he says.

“We discovered a new species by accident, basically by just paying attention to what we were looking at,” Robison adds. “I think we could learn a lot more things by just paying more attention.”

The group also sequenced Gormaniella terricola’s mitochondrial genome, which also contains some fungal DNA. They are in the process of sequencing the alga’s nuclear genome.