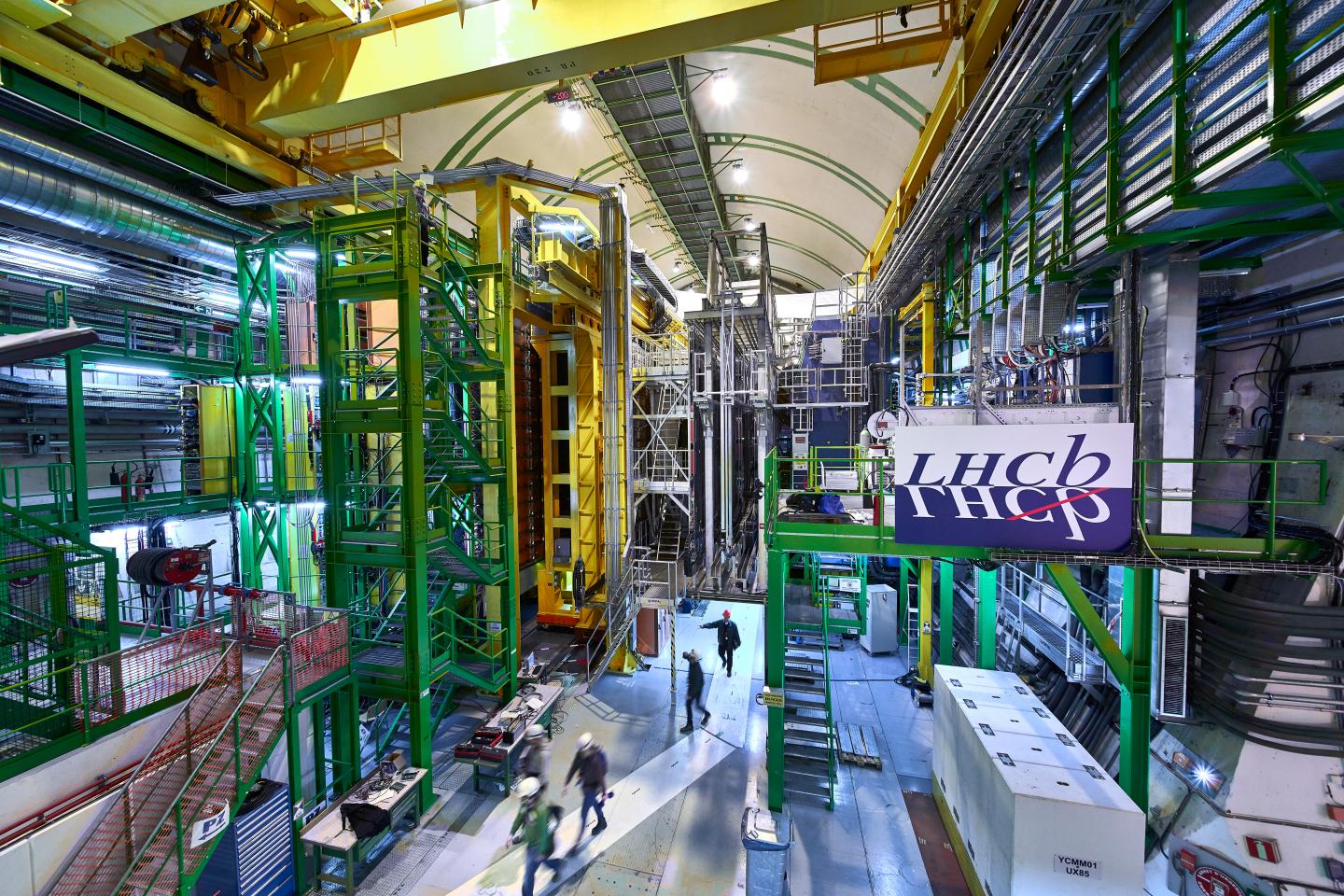 When so-called beauty quarks are produced during the collision of high-energy proton beams in the Large Hadron Collider – the particle accelerator at CERN in Geneva – they decay almost immediately on the spot. Researchers of the Large Hadron Collider beauty experiment (LHCb) reconstruct the properties of the composite particles based on their decay products. According to the established laws of particle physics – the so-called Standard Model – it is expected that beauty quarks decay with the same probability into a final state with electrons and muons, the much heavier siblings of electrons. However, since 2014 measurements at the LHC suggest that this “lepton universality” may be violated in some decays. In these decays, the production ratio of the two types of particles is different from the theoretical prediction of one.

Members of the group led by Nicola Serra, professor at the Department of Physics at the University of Zurich (UZH), are part of the small research team that worked directly on the measurement. In the newest LHCb analysis, the ratio of decay products containing electrons and muons was determined with much better precision compared to previous measurements, using all the data collected by the LHCb detector so far. The result indicates evidence for a deviation from the ratio of one – and hence a breaking of the “lepton universality” in beauty quark decays with a probability of around 0,1% that the data is compatible with the theoretical prediction. If confirmed, this violation would imply physics beyond the Standard Model such as a new fundamental force in addition to the four fundamental ones: gravity, electromagnetism, weak nuclear interactions responsible for radioactivity and strong nuclear forces that hold matter together.

Too early for a final conclusion, but great potential with upcoming measurements

“The Standard Model has reigned supreme for decades. Our job as experimentalists is to test it more and more precisely and see if it can survive the increased scrutiny”, says UZH senior researcher Patrick Owen, who played a leading role in the analysis. In particle physics, observations become true discoveries if the probability of error, taking into account all known errors, is less than one in three million or 0,00003%, which adds caution to researcher’s excitement. &laquoSo, it is too early to draw a final conclusion. However, this deviation agrees with a pattern of anomalies which have manifested themselves over the last decade», says Nicola Serra. &laquoFortunately, the LHCb collaboration is well placed to clarify the potential existence of new physics effects in these decays. We just need many more related measurements in the future», he concludes.

The result was presented today for the first time at the Moriond conference on electroweak interactions and unified theories, and at an online seminar at CERN, the European Organization for Nuclear Research in Geneva.

The LHCb experiment is one of the four large experiments at the Large Hadron Collider (LHC) at CERN in Geneva. It is designed to study decays of particles containing a beauty quark, the quark with the highest mass forming bound states. The resulting precision measurements of matter-antimatter differences and rare decays of particles containing a beauty quark allow sensitive tests of the Standard Model of particle physics.

Research groups from the UZH and the EPFL are members of the LHCb collaboration since 1999. They have made important contributions to the design and construction of the LHCb detector and are involved in its upgrades. These will be key to collect the needed statistics to find out whether the anomalies observed in beauty quark decays are indeed real. Since the start of data taking in 2009 the UZH group of Nicola Serra has played a leading role in measurements of decays of particles containing beauty quarks.

The UZH team also collaborates closely with two UZH groups working on the theoretical description of these phenomena. Professor Gino Isidori is working on the theoretical interpretation of these decays, dealing with open questions about the nature of basic constituents of matter and their fundamental interactions. Andreas Crivellin, SNSF professor at UZH and based at the Paul Scherrer Institute (PSI) is studying possible implications of these results for other experiments. Together, the UZH research teams fruitfully combine theory and experiment in current research in particle physics.