The irreversible damage caused by humanity to the planet forces us to examine the entire culture and model of accounting and finance. 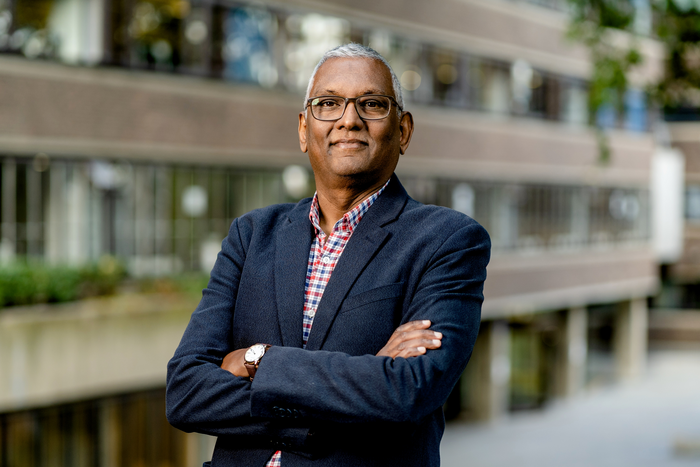 The irreversible damage caused by humanity to the planet forces us to examine the entire culture and model of accounting and finance.

For far too long, these professions have been a chainsaw on nature and society, removing them from their calculations except to exploit and profit. This ideology is not scientific nor is it sustainable – economic science has been a major cause of the plunder of nature, and a leopard cannot change its spots overnight.

As part of the global effort to counter this damage, today sees the release of new book lifting the lid on the positive practices of sustainable and ethical finance.

Written and researched by academic and media commentator Professor Atul K Shah, the book – Inclusive and Sustainable Finance (Routledge) – is based on interviews with business and thought leaders who practice purposeful finance with a view to long-term growth.

In this pioneering study, Professor Shah demonstrates how many diverse wisdom cultures and traditions operate in an inclusive way respecting nature, animals and community, such that trust and relationships are replenished rather than destroyed.

The book highlights the narratives of business leaders in various traditions from Hindu to Jain, Islamic, Christian and Jewish to show that faith communities often give leaders a unique conscience and sense of duty to protect nature and society. It has chapters entitled ‘Tradition’, ‘Community’ and ‘Experience’ – themes which would never be found in a business finance textbook.

Above all, they help them adopt a spiritual approach to the environment which is key to its lasting protection. The book helps finance students leave a light footprint on the planet and learn from diverse role models who are presently hiding in plain sight.

It shows radical new methods of teaching and training accounting and finance professionals to help shape an equal, inclusive and sustainable society.

“Billions of dollars are being reinvested in building a new ‘green’ economy – even when it is neo-liberal economics which has plundered nature for centuries. There is an urgent need for radical but also authentic and inclusive thinking.”

This timely publication is the first multi-faith and multi-cultural research study of its kind on sustainable finance and leadership. Narratives and case studies are drawn from diverse global cultures including Jews, Yoruba, Ismailis, Hindus, Jains, Catholics, Sikhs and Buddhists.

Modern teaching of economics, accounting and finance has often ignored faith and community, removing a key context for ethical dialogue and conduct. In its wake have followed significant and growing scandals in accounting and finance, especially in elite institutions such as the Big Four global accounting firms or investment banks.

Professor Shah argues that entire professions such as lawyers, accountants and bankers have often acted as enablers for financial crime and expropriation. This, he says, is unsustainable.

In the book, he shows a new way of studying and teaching finance by looking at communities of trust, and how they operate with purpose and a long-term relationship approach. It provides an important canvas to ethical debate and teaching.

“Faith often builds communities of relationships and trust, and encourages leaders to act with conscience and compassion, ensuring that workers and customers are treated fairly.

“Three decades of research, community service and teaching have gone into the making of this book. The pioneering leaders profiled in the book are a small example of the thousands of such people whose stories and experiences are ignored by the modern utilitarian and technocratic approach to finance science.

“Despite the teaching of ethics, students often graduate by seeing ethics as transactional and irrelevant to real life – diverse cultures, beliefs and communities provide context and realism.”

The book shows that there are ancient cultures which privileged the protection of all living beings and hence had a philosophy which was not anthropocentric but respectful of animals and nature.

“The leaders profiled in the book work with such mindsets,” said Professor Shah. “Their practices grow morality, trust and relationships instead of depleting them.”

‘This is an amazing, timely and hopeful book which directly addresses the awful mess we have made of the world and its citizens. We are threatened with extinction. Climate change is wreaking havoc across the globe – 25,000 human beings including tiny babies and small children die of hunger every day … Atul’s wonderful book not only dispels some of the myths surrounding finance, but turns the world upside down by considering ways in which finance might be reconfigured to provide some solutions to the dire mess we are in.”

‘There is only one person in the world who could write a book which roams from indigenous traditions to Christianity, from Jainism to Islam, while at the same time dismantling the myths and legends that lie behind contemporary economics. In a fascinating journey through the riches that lie just below the surface in all the great faith and cultural traditions, Professor Shah asks us to listen again to ancient wisdom which has more to say about who we are and why we need to invest in a sustainable world than any UN declaration or economist forecast. Read this and discover hidden treasures of wisdom and see a potentially radically realisable different world.’