New research shows how octopuses may have evolved

A new paper in Genome Biology and Evolution, published by Oxford University Press, indicates that a type of octopus appears to have evolved independently to develop something resembling a shell, despite having lost the genetic code that produced actual shells in its ancestors and relatives. 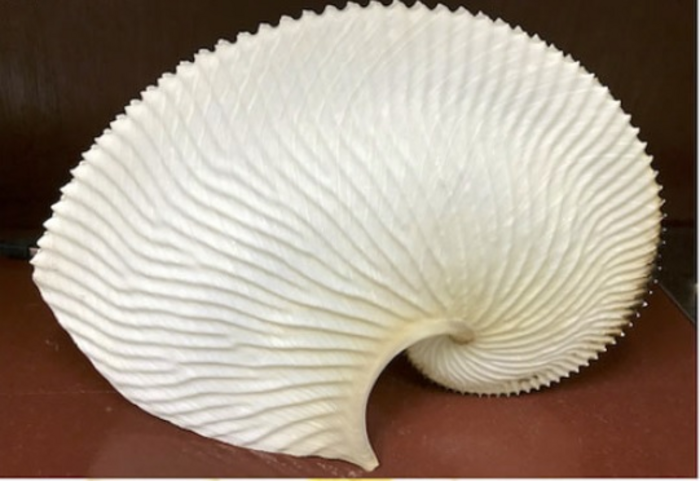 A new paper in Genome Biology and Evolution, published by Oxford University Press, indicates that a type of octopus appears to have evolved independently to develop something resembling a shell, despite having lost the genetic code that produced actual shells in its ancestors and relatives.

Argonauta argo is a species of octopus that lives in tropical and subtropical open seas. Female argonauts have a protective, spiral, shell-like egg case, which protects the eggs inside. Researchers have long wondered about the origin of this egg case. It looks very much like the shell of the commonly known pearly nautilus (the very distant relative of the argonaut), which has a true hard shell and lives on the ocean floor, but that may just be a coincidence. While the argonaut’s egg case and the nautilus’s shell are formed through the secretion of proteins, they are reportedly formed differently and look dissimilar at the microscopic level. Did the egg case evolve from the shell, or did it develop independently?

By sequencing the draft genome of the species a team of researchers from Japan, led by Masa-aki Yoshida and Davin Setiamarga, attempted to reveal the genomic background of argonauts and show how the species adapted to the open ocean and acquired its shell-like egg case. Scientists previously had avoided targeting argonauts since it was difficult to keep the animals in aquaria for research purposes. The authors here, however, had access to a location in the Sea of Japan ideal for acquiring fresh samples.

The new genome data uncovered here provides insight into several features related to shell evolution and egg case formation. The researchers found the egg case protein-coding genes in argonauts and discovered that most of these genes were not used to form shells in distantly related species, including the nautilus. This suggests that while the distant ancestors of argonaut octopuses likely had shells, the shells didn’t evolve into egg cases.

“The argonaut genome is particularly intriguing because it shows that the break in synteny reported in the known octopus genome is not a general trait of this group,” said  Yoshida and Setiamarga. “We have demonstrated that, contrary to popular belief, cephalopods do not necessarily exhibit a distinct genome evolution. We anticipate that our findings will further the research of metazoan, mollusk, and cephalopod genome evolution, which has remained largely unexplored thus far.”

The paper, “Gene recruitments and dismissals in the argonaut genome provide insights into pelagic lifestyle adaptation and shell-like egg case reacquisition,” is available (at midnight on October 26th) at: https://academic.oup.com/gbe/article-lookup/doi/10.1093/gbe/evac140.

To request a copy of the study, please contact:
Daniel Luzer
[email protected]