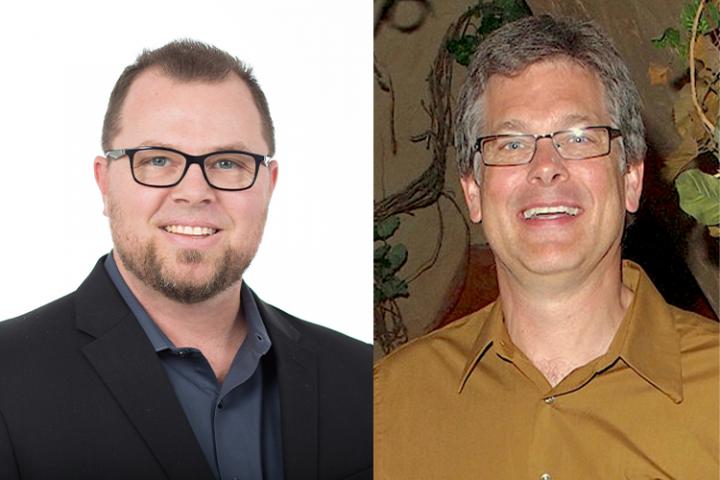 SALT LAKE CITY – Today in Nature Communications, researchers at Huntsman Cancer Institute at the University of Utah report critical new insights into how cells mount an attack against melanoma tumors.

Melanoma is an aggressive type of skin cancer that can arise from excess exposure to sun, frequent sunburns, genetics, and other environmental factors. Melanoma, like all cancers, begins within cells. Specially designed and refined over billions of years, cells are experts at working to root out and fix routine errors that arise. A tumor begins when a cell makes faulty copies of itself over and over again. If left unchecked, these faulty cell copies continue to grow into complex ecosystems that become tumors. Some tumors, like melanomas, can go on to develop mechanisms to sustain themselves with blood flow and oxygen. They can also send the cancerous cells through the body to proliferate in other organs, which ultimately causes death.

Immunotherapy, which trains the immune system to fight cancer cells, can sometimes be effective in treating melanomas. Some patients experience a long-lasting and durable response to immunotherapies. Yet many patients’ tumors soon learn how to outsmart the drugs.

Understanding how cells mount a defense against an aggressive tumor like melanoma piqued the curiosity of Ryan O’Connell, PhD, a cancer researcher at HCI and professor of pathology at the University of Utah Health. His lab works to understand how immune cells and cancer cells interface. He wants to better understand the sophisticated metabolic processes within and around cells and to use those insights to develop more effective cancer therapies.

In this study, O’Connell and his team uncovered a key metabolic “switch” driven by an enzyme, nicotinamide phosphoribosyltransferase, or NAMPT. They learned how NAMPT plays an important role in how certain immune cells fight melanoma tumors.

“We were interested in better understanding NAMPT because it is increased in specific immune cells within tumors, called macrophages, in response to a substance secreted by other immune cells, called interferon, which is known to be important for effective antitumor responses,” says O’Connell. O’Connell and his team used next-generation RNA sequencing to determine which metabolic genes increase within immune cells in response to different tumor processes.

“NAMPT was a top hit,” says O’Connell. The research team found that a specific inflammatory signaling pathway triggers NAMPT. They discovered that when this inducible NAMPT pathway is disrupted, the antitumor function of cells was also impaired.

The study was co-led by Warren Voth, PhD, a research assistant professor and member of the O’Connell Lab. Voth helped design and conduct the experiments to study the role of Nampt and also mentored lab trainees who worked on the project. Using studies of cells in a laboratory setting, Voth helped to understand how NAMPT is induced in immune cells and what happens if the immune cells block NAMPT induction. The research team then created an experiment using a mouse model system and found the same NAMPT pathway was required for the mouse cells to initiate antitumor activity. Next, the team studied data from human tumors using The Cancer Genome Atlas, a federal cancer genomics program that molecularly characterized more than 20,000 primary cancer and matched normal samples across 33 cancer types. The critical role of the NAMPT pathway was also a factor in the genomic data they analyzed.

This work adds to the body of evidence that the metabolic state of tumors, immune cells, and the tumor microenvironment as a whole can have profound impacts on the course of disease by controlling the identity and functionality of immune cells that either fight to destroy the tumor or act to promote cancer growth. O’Connell’s team also found strong evidence that this study has applications to other cancer types.

This work was supported by the National Institutes of Health/National Cancer Institute including P30 CA042014, and Huntsman Cancer Foundation via a pilot grant from the Melanoma Disease Center at HCI. O’Connell and Voth acknowledge the critical work of the entire research team, particularly study authors Thomas Huffaker, Atakan Ekiz, and Cindy Barba.

Huntsman Cancer Institute (HCI) at the University of Utah is the official cancer center of Utah. The cancer campus includes a state-of-the-art cancer specialty hospital as well as two buildings dedicated to cancer research. HCI treats patients with all forms of cancer and is recognized among the best cancer hospitals in the country by U.S. News and World Report. As the only National Cancer Institute (NCI)-Designated Comprehensive Cancer Center in the Mountain West, HCI serves the largest geographic region in the country, drawing patients from Utah, Nevada, Idaho, Wyoming, and Montana. More genes for inherited cancers have been discovered at HCI than at any other cancer center in the world, including genes responsible for hereditary breast, ovarian, colon, head, and neck cancers, along with melanoma. HCI manages the Utah Population Database, the largest genetic database in the world, with information on more than 11 million people linked to genealogies, health records, and vital statistics. HCI was founded by Jon M. and Karen Huntsman.