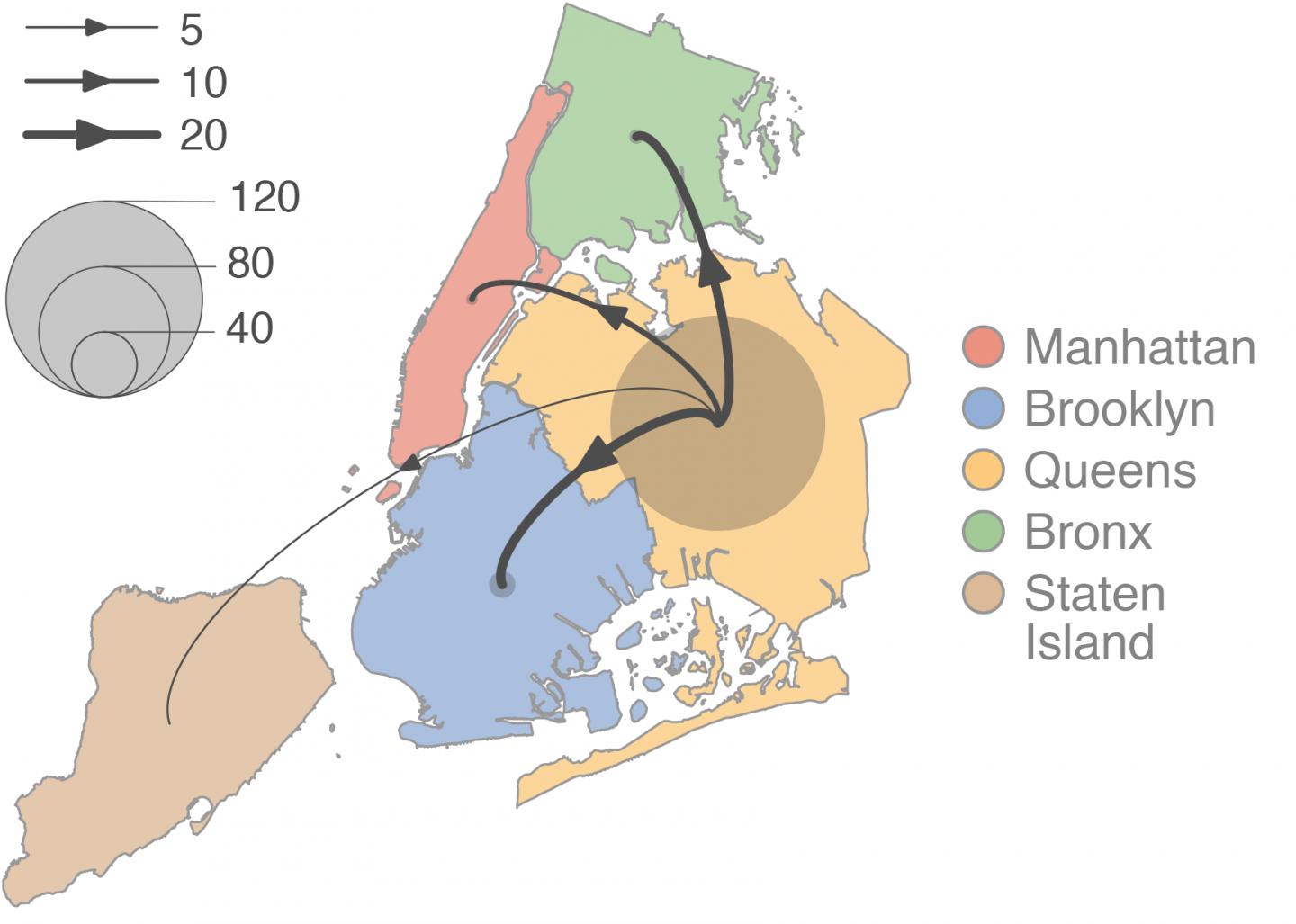 During the first phase of the COVID-19 epidemic, New York City experienced high prevalence compared to other U.S. cities, yet little is known about the circulation of SARS-CoV-2 within and among its boroughs. A study published in PLOS Pathogens by Simon Dellicour at Université Libre de Bruxelles, Belgium, Ralf Duerr and Adriana Heguy at New York University, USA, and colleagues describe the dispersal dynamics of COVID-19 viral lineages at the state and city levels, illustrating the relatively important role of the borough of Queens as a SARS-CoV-2 transmission hub.

To better understand how the virus dispersed throughout New York City during the first few months of the pandemic, the authors constructed a phylogenetic tree to illustrate the evolutionary relationships of all virus samples. The authors were able to recreate how the virus spread across the city, replicated, and mutated, including which areas of New York City transmitted the virus to other locations with greater frequency. The researchers also identified key mutations and tracked their dispersal.

The authors found that the borough of Queens played a significant role of COVID-19 transmission in the early phases of the pandemic due to the relatively higher local circulation of viral lineages. While the study provides important new insights into genomic surveillance, the lack of additional samples collected outside the city may have led to an underestimation of the viral circulation in neighboring areas.

According to the authors, “As in many other cities around the world, important commuting activity radiating out of central city areas likely played an important role in disseminating viral lineages throughout the state. However, commuting workers are likely not the only drivers of SARS-CoV-2 dissemination across the city.”

In your coverage please use this URL to provide access to the freely available article in PLOS Pathogens: http://journals.plos.org/plospathogens/article?id=10.1371/journal.ppat.1009571