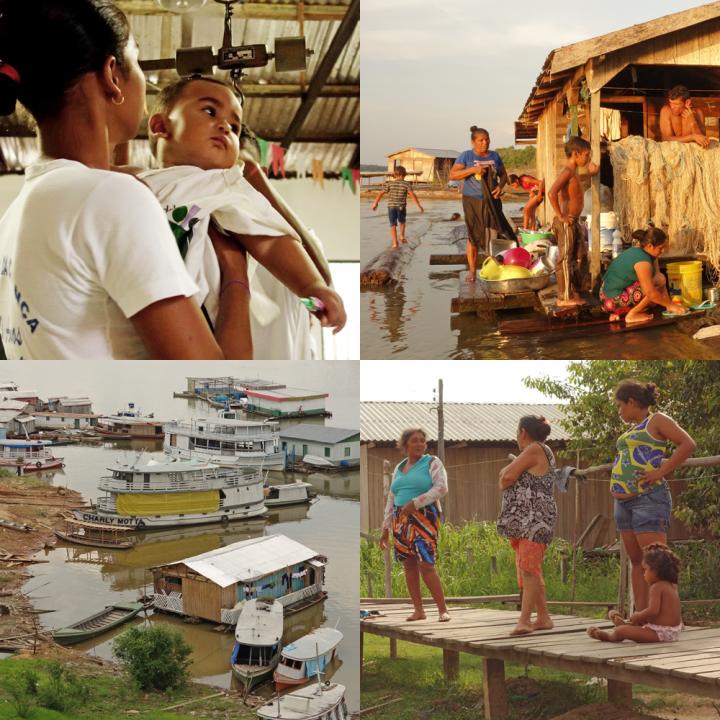 Extreme rainfall associated with climate change is causing harm to babies in some of the most forgotten places on the planet setting in motion a chain of disadvantage down the generations, according to new research in Nature Sustainability.

Researchers from Lancaster University and the FIOCRUZ health research institute in Brazil found babies born to mothers exposed to extreme rainfall shocks, were smaller due to restricted foetal growth and premature birth.

Low birth-weight has life-long consequences for health and development and researchers say their findings are evidence of climate extremes causing intergenerational disadvantage, especially for socially-marginalized Amazonians in forgotten places.

The team focused on all the live births over an 11-year period in 43 highly river-dependent municipalities in Amazonas State, Brazil. For these 291,479 births they analysed how birth-weight, foetal growth and pregnancy duration were affected by local rainfall variability during pregnancy.

Under climate change in Amazonia, sustained periods of exceptionally heavy rain are becoming more common and subsequent floods are five-times more common than just a few decades ago.

Using satellite data, researchers calculated weeks of prenatal exposure – including the pre-pregnancy trimester – to each kind of rainfall variability and compared that to birth weight and pregnancy duration.

Dr Luke Parry of Lancaster University’s Environment Centre and one of the authors of the report said: “Our study found climate extremes were adding another layer of disadvantage onto babies already facing a poor start in life.

“Due to the deep social inequalities in the Brazilian Amazon, children born to adolescent indigenous mothers with no formal or little education, were over 600 grams smaller than those born into more privileged households. Extreme weather placed a further penalty onto these newborns.

“Reducing the health risks found by the team will require much greater investment into poverty alleviation and better healthcare if we are to help Amazonia’s river-dwelling populations adapt to changing rainfall patterns and increasingly frequent and severe floods and droughts.”

Dr Erick Chacon-Montalvan of Lancaster University, lead author of the study said: “We used publicly available data on birth records to go ‘back in time’ to look at the relationship between climate extremes and birth weight. Our study showed that even intense but non-extreme rainfall was harmful.

“Increasing climatic variability in Amazonia is concerning, in part because subsequent disadvantages associated with low birth weight include in lower educational attainment, poorer health, reduced income in adulthood, and mortality-risks.”

Jesem Orellana from FIOCRUZ in Brazil said: “Rainfall shocks confer inter-generational disadvantage for river-dependent populations living in neglected areas of Amazonia. These marginalized populations experience injustice because, despite contributing little to climate change, they are responsible for safeguarding most remaining forest and highly susceptible to climatic shocks.