A research team from TU Wien together with US research institutes came across a surprising form of ‘quantum criticality’; this could lead to a design concept for new materials 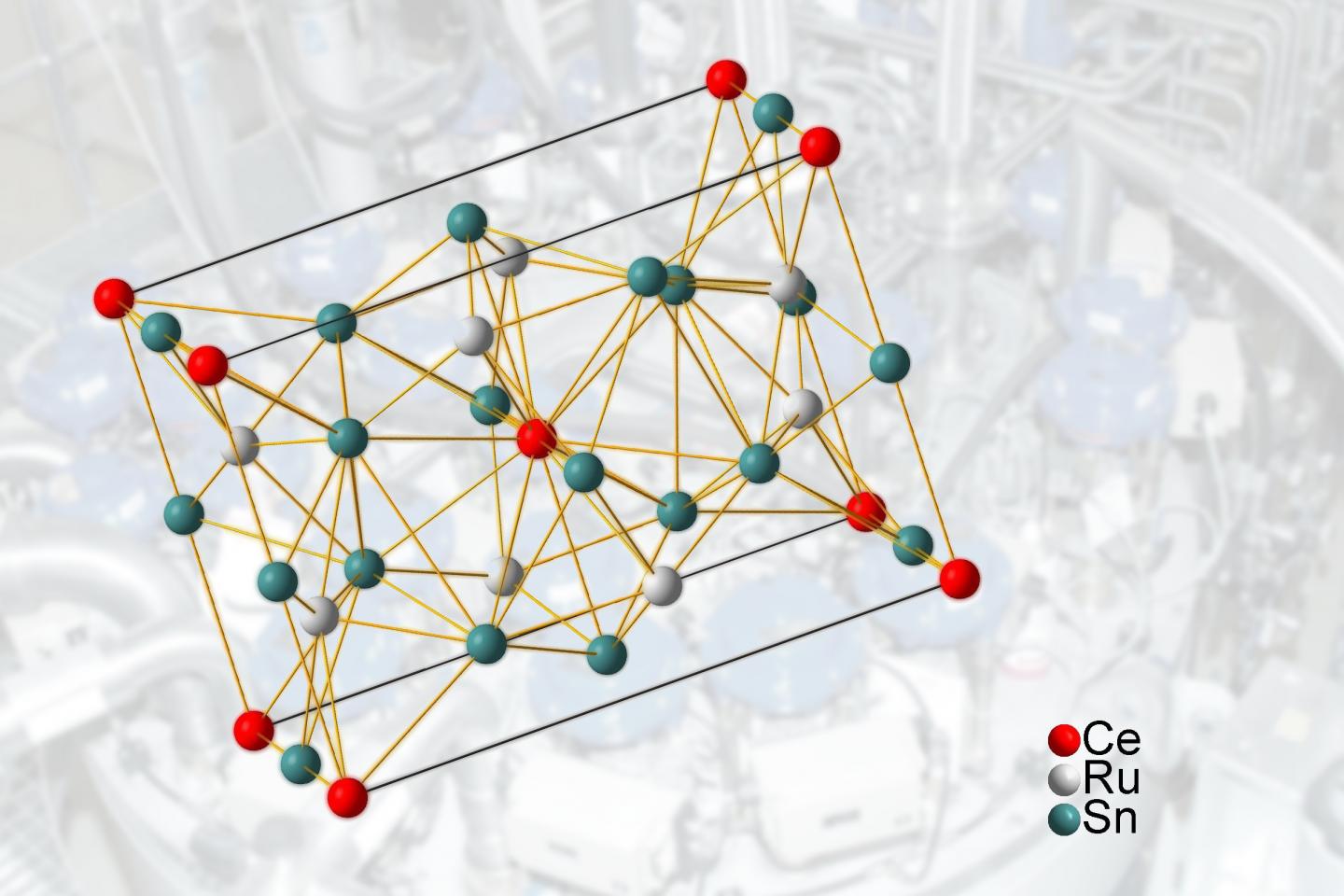 Such a quantum critical point has now been discovered by an Austrian-American research team in a novel material, and in an unusually pristine form. The properties of this material are now being further investigated. It is suspected that the material could be a so-called Weyl-Kondo semimetal, which is considered to have great potential for quantum technology due to special quantum states (so-called topological states). If this proves to be true, a key for the targeted development of topological quantum materials would have been found. The results were found in a cooperation between TU Wien, Johns Hopkins University, the National Institute of Standards and Technology (NIST) and Rice University and has now been published in the journal Science Advances.

Quantum criticality – simpler and clearer than ever before

“Usually quantum critical behaviour is studied in metals or insulators. But we have now looked at a semimetal,” says Prof. Silke Bühler-Paschen from the Institute of Solid State Physics at TU Wien. The material is a compound of cerium, ruthenium and tin – with properties that lie between those of metals and semiconductors.

Usually, quantum criticality can only be created under very specific environmental conditions – a certain pressure or an electromagnetic field. “Surprisingly, however, our semimetal turned out to be quantum critical without any external influences at all,” says Wesley Fuhrman, a PhD student in Prof. Collin Broholm’s team at Johns Hopkins University, who made an important contribution to the result with neutron scattering measurements. “Normally you have to work hard to produce the appropriate laboratory conditions, but this semimetal provides the quantum criticality all by itself.”

This surprising result is probably related to the fact that the behaviour of electrons in this material has some special features. “It is a highly correlated electron system. This means that the electrons interact strongly with each other, and that you cannot explain their behaviour by looking at the electrons individually,” says Bühler-Paschen. “This electron interaction leads to the so-called Kondo effect. Here, a quantum spin in the material is shielded by electrons surrounding it, so that the spin no longer has any effect on the rest of the material.”

If there are only relatively few free electrons, as is the case in a semimetal, then the Kondo effect is unstable. This could be the reason for the quantum critical behavior of the material: the system fluctuates between a state with and a state without the Kondo effect, and this has the effect of a phase transition at zero temperature.

The main reason why the result is of such central importance is that it is suspected to be closely connected to the phenomenon of “Weyl fermions”. In solids, Weyl fermions can appear in the form of quasiparticles – i.e. as collective excitations such as waves in a pond. According to theoretical predictions, such Weyl fermions should exist in this material,” says theoretical physicist Qimiao Si of Rice University. Experimental proof, however, is yet to be found. “We suspect that the quantum criticality we observed favours the occurrence of such Weyl fermions,” says Silke Bühler-Paschen. “Quantum critical fluctuations could therefore have a stabilising effect on Weyl fermions, in a similar way to quantum critical fluctuations in high-temperature superconductors holding superconducting Cooper pairs together. This is a very fundamental question that is the subject of a lot of research around the world, and we’ve discovered a hot new lead here.”

It seems to us that certain quantum effects – namely quantum critical fluctuations, the Kondo effect and Weyl fermions – are tightly intertwined in the newly discovered material and, together, give rise to exotic Weyl-Kondo states. These are “topological” states of great stability that, unlike other quantum states, cannot be easily destroyed by external disturbances. This makes them particularly interesting for quantum computers.

To verify all this, further measurements under different external conditions are to be carried out. The team expects that a similar interplay of the various quantum effects should also be found in other materials. “This could lead to the establishment of a design concept with which such materials can be specifically improved, tailored and used for concrete applications,” says Bühler-Paschen.