New properties of strontium titanate are significant for electronics research 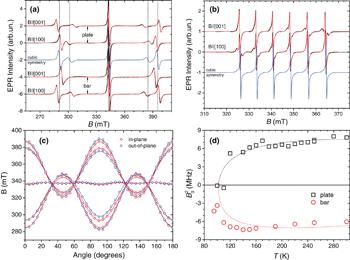 At room temperature, SrTiO3 is a crystal with high cubic symmetry, that is, the lattice of strontium titanate, like bricks, is composed of unit cells, each of which is a regular cube. However, the researchers showed the picture is a bit more nuanced. In thin plates and columns measuring microns in width, the symmetry decreases to tetragonal (uniaxial), with a structure was not previously observed in SrTiO3. That is, each elementary cell turns into a parallelepiped.

“The results are of great scientific and practical importance. In many cases, the scale of breaking is not as important as its very presence. A decrease in symmetry opens up the possibility of phenomena that are forbidden in a cubic structure,” said Roman Yusupov, Lead Research Associate of the Center for Quantum Technology.

He noted that strontium titanate is actively used in thin-film technologies, where the functional properties of materials are determined by layers that sometimes have a thickness of several atoms. They are crucial for electronic devices, such as processors, monitors, mobile screens, high-capacity batteries, and storage devices.

“Thin films are based on substrates — typically thin (less than one millimeter in thickness) slabs of materials other than the film material. The properties of thin films are largely determined by the structure of the substrate. One of the widely used substrate materials is strontium titanate,” explains Yusupov.

By changing the distortion magnitude of substrates, it’s possible to change the characteristics of thin films deposited on them, and thus contribute to creating new devices, sensors, and detectors.