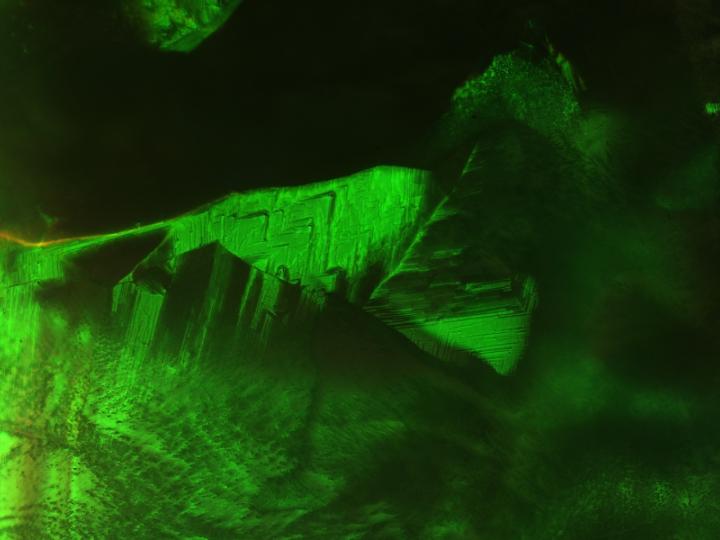 A new technique to change the structure of liquid crystals could lead to the development of fast-responding liquid crystals suitable for next generation displays — 3D, augmented and virtual reality — and advanced photonic applications such as mirrorless lasers, bio-sensors and fast/slow light generation, according to an international team of researchers from Penn State, the Air Force Research Laboratory and the National Sun Yat-sen University, Taiwan.

“The liquid crystals we are working with are called blue-phase liquid crystals,” said Iam Choon Khoo, the William E. Leonhard Professor of Electrical Engineering, who is the corresponding author for this article. “The most important thing about this research is the fundamental understanding of what happens when you apply a field, which has led to the development of Repetitively-Applied Field technique. We believe that this method is almost a universal template that can be used for reconfiguring many similar types of liquid crystals and soft matter.”

Blue-phase liquid crystals typically self-assemble into a cubic photonic-crystal structure. The researchers believed that by creating other structures they could develop properties not present in the current form. After nearly two years of experimentation, they realized that by applying an intermittent electrical field and allowing the system to relax between applications and to dissipate accumulated heat, they could slowly coax the crystals into stable and field-free orthorhombic and tetragonal structures.

The resulting liquid crystals show a photonic band gap that can be tailored to anywhere within the visible spectrum, and possess fast responses necessary for a variety of next-generation displays and advanced photonic applications. The addition of a polymer to the crystals could stabilize them in a wide temperature range, from freezing to nearly boiling-point compared to their typical pristine counterparts that are stable in only a 5 degree range. The polymer scaffold also speeds up the switching response.

In the latest research, the team is applying the lessons learned in this study to create new crystal structures and orientations using the electric field from a laser source.

The Asian Office of Aerospace Research and Development, Air Force Office of Scientific Research; and the Ministry of Science and Technology, Taiwan, funded this work.

Scienmag Jan 15, 2020
Credit: WSU Scientists have transferred a collection of genes into plant-colonizing bacteria that let them…