DETROIT – The Biopsychosocial Health lab from Wayne State University has been awarded $3,590,488 from the National Heart, Lung and Blood Institute of the National Institutes of Health to conduct a project titled “Stress and Cardiovascular Risk Among Urban African American adults: A Multilevel, Mixed Methods Approach.” 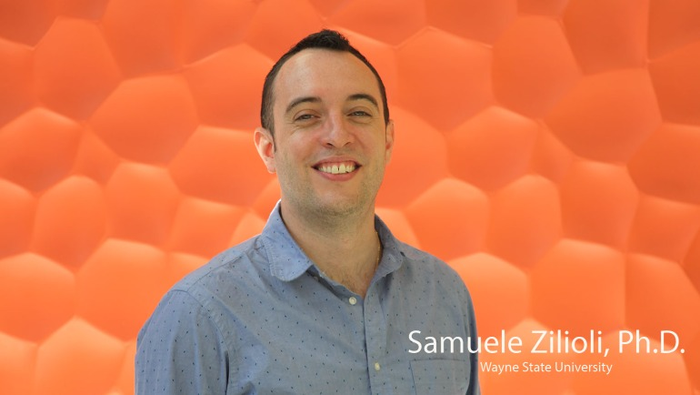 DETROIT – The Biopsychosocial Health lab from Wayne State University has been awarded $3,590,488 from the National Heart, Lung and Blood Institute of the National Institutes of Health to conduct a project titled “Stress and Cardiovascular Risk Among Urban African American adults: A Multilevel, Mixed Methods Approach.”

The project, led by Samuele Zilioli, Ph.D., assistant professor in the Department of Psychology and the Department of Family Medicine and Public Health Sciences at Wayne State University, aims to provide a fine-grained characterization of the psychosocial factors associated with cardiovascular disease (CVD) risk and inflammation among urban middle-aged and older African American adults.

According to Zilioli, despite the steady decline in CVD morbidity and mortality in the U.S. over the last few decades, African American adults bear a disproportionate share of CVD burden.

“Most of the research in this area has focused on proximate medical risk factors — such as diabetes and dyslipidemia — for CVD risk,” said Zilioli. “Only recently, however, have researchers started to consider the role of more distal risk factors, such as psychosocial stressors. Psychosocial factors — including neighborhood adversity; daily interpersonal stressors such as racial discrimination, social isolation and negative interactions with others; and emotional reactivity to these factors — are believed to contribute to the causes and progression of CVD through their effects on health behaviors, stress-responsive neuroendocrine axes and immune processes. These factors are particularly critical for urban-dwelling, middle-aged and older African Americans who experience unique stressors like residential segregation, racial discrimination and prejudice, and who are more likely to be more socioeconomically disadvantaged than whites.”

Using a mixed-method and multiple-time scale design approach with a large sample of 500 African American Detroiters aged 55 to 75 years old, the study will identify and conceptualize the psychosocial stressors critical for this population and model the daily psychological, behavioral and biological pathways through which these factors exacerbate CVD risk in this cohort.

“We expect our results to have a substantial public health impact because they will contribute to establishing a model of the most salient psychosocial determinants of CVD risk among African American adults,” said Zilioli. “In turn, this model will guide the development of behavioral interventions to reduce disease burden in this population.”

The grant number for this National Institutes of Health study is HL153377.

Wayne State University is one of the nation’s pre-eminent public research universities in an urban setting. Through its multidisciplinary approach to research and education, and its ongoing collaboration with government, industry and other institutions, the university seeks to enhance economic growth and improve the quality of life in the city of Detroit, state of Michigan and throughout the world. For more information about research at Wayne State University, visit research.wayne.edu.