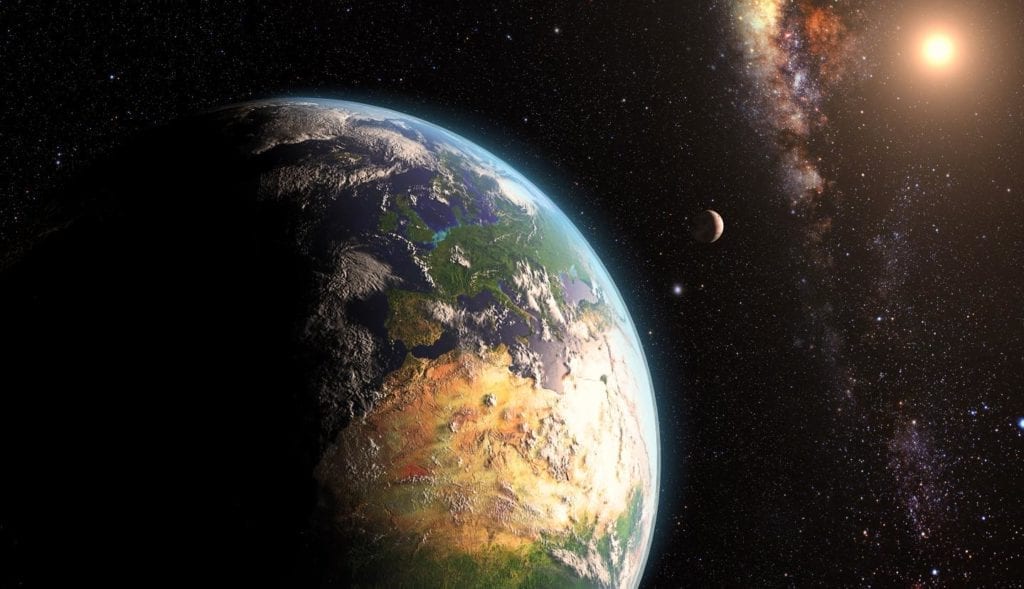 TROY, N.Y. — Did life on Earth originate in Darwin’s warm little pond, on a sunbaked shore, or where hot waters vent into the deep ocean? And could a similar emergence have played out on other bodies in our solar system or planets far beyond? These questions lie at the center of research in NASA’s new Prebiotic Chemistry and Early Earth Environments (PCE3) Consortium.

One of five cross-divisional research coordination networks with the NASA Astrobiology Program, PCE3 aims to identify planetary conditions that might give rise to life’s chemistry. One goal of PCE3 is to guide future NASA missions targeting discovery of habitable worlds.

“This new consortium has the potential to transform how we research the origins of life. The consortium will advance understanding of how life begins, by cross-fertilizing the community, enabling new collaborations, and fundamentally changing the dialogue across diverse intellectual expertise,” said Lori Glaze, acting director of the Planetary Science Division at NASA Headquarters. One of the objectives of this community is to better understand early Earth environments and make this knowledge accessible to a broad scientifically diverse community through a virtual interactive portal.

“With this approach, we will incorporate realistic planetary conditions into prebiotic chemistry experiments, leading to models for the emergence of life that are consistent with what we know of our planet’s early history,” said Karyn Rogers of Rensselaer Polytechnic Institute, one of four PCE3 co-leaders and a recent NASA Astrobiology Program award recipient.

A dedicated steering committee to coordinate the consortium’s cross-disciplinary interactions will be led by Rogers, Ram Krishnamurthy of the Scripps Research Institute, Loren Williams of the Georgia Institute of Technology, and Timothy Lyons of the University of California, Riverside.

“Among the group’s initial tasks will be to investigate how small molecules are synthesized on, or delivered to, the early Earth and how these might survive and subsequently form more complex compounds in early Earth environments that could have harbored life’s emergence,” Krishnamurthy said. These studies will be undertaken in parallel with more detailed investigations of the earliest conditions on Earth, incorporating recent evidence for the early formation and persistence of liquid oceans.

“Deconstructing life’s origins requires a rich understanding of the environmental and chemical conditions during Earth’s early history and on how life developed and progressed in a world very different than today’s,” Williams said.

“I am particularly excited to frame the beginnings of life within the context of our planet’s early, dynamic habitability and to use those lessons to imagine how planets around distant stars similarly could have favored the origins and evolution of life,” Lyons said.

Astrobiology is the multidisciplinary study of the origin, evolution, distribution, and future of life in the universe. This discipline is increasingly playing a central role in NASA’s science mission to search for life beyond Earth. To better serve this role, the NASA Astrobiology Program has created a new programmatic infrastructure of five Research Coordination Networks (RCNs). The prototype RCN, the Nexus for Exoplanet System Science (NExSS), was organized in 2015, and the Network for Life Detection (NfoLD) was announced in late 2018. The PCE3 Consortium will be followed by two additional RCNs planned for 2019. For more information about this initiative, see https://astrobiology.nasa.gov/news/nasas-astrobiology-program-evolving-to-meet-the-future/ and https://astrobiology.nasa.gov/news/astrobiology-program-faqs/

What happens to magnetic nanoparticles once in cells?

Residues in fingerprints hold clues to their age