Spin waves could unlock the next generation of computer technology, a new component allows physicists to control them 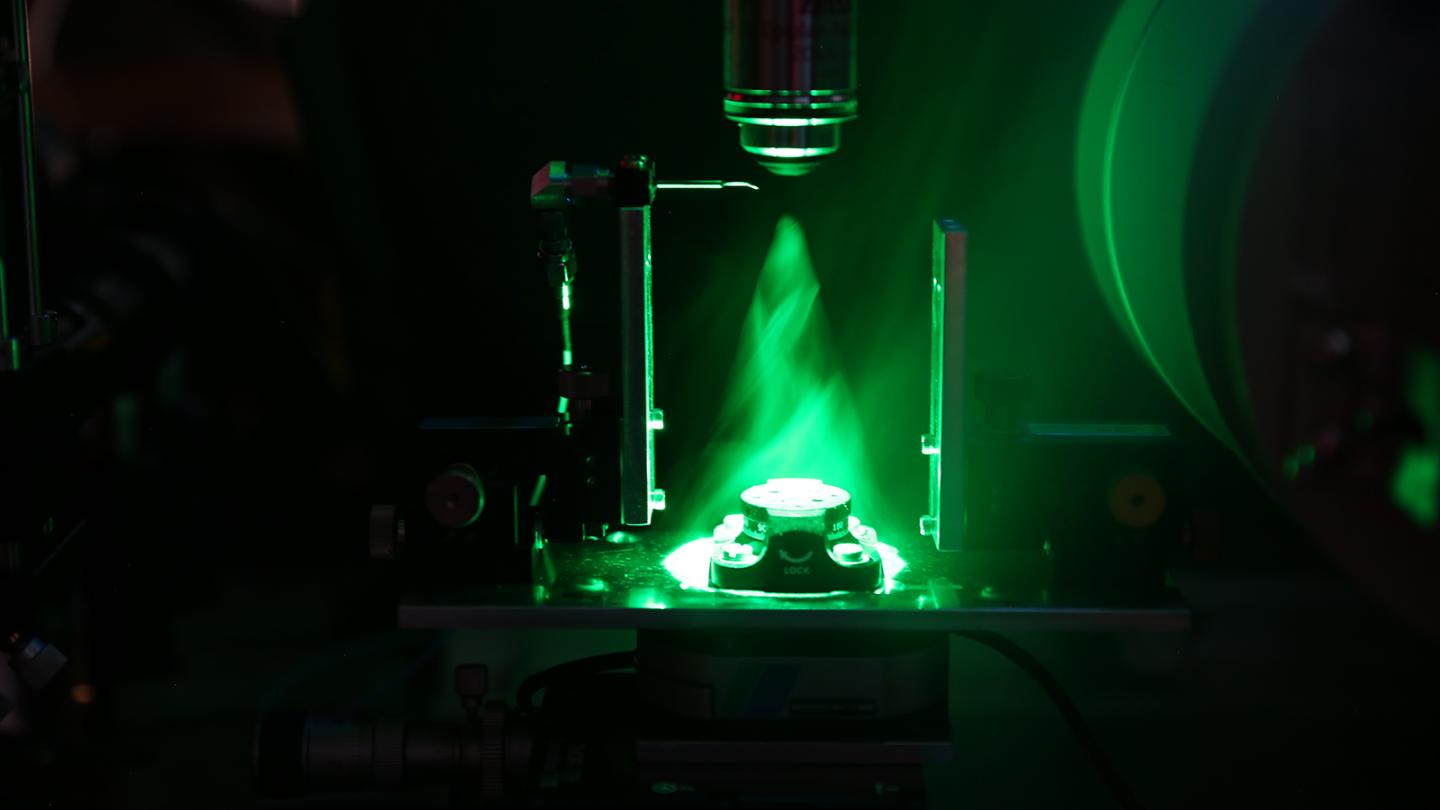 Researchers at Aalto University have developed a new device for spintronics. The results have been published in the journal Nature Communications, and mark a step towards the goal of using spintronics to make computer chips and devices for data processing and communication technology that are small and powerful.

Traditional electronics uses electrical charge to carry out computations that power most of our day-to-day technology. However, engineers are unable to make electronics do calculations faster, as moving charge creates heat, and we’re at the limits of how small and fast chips can get before overheating. Because electronics can’t be made smaller, there are concerns that computers won’t be able to get more powerful and cheaper at the same rate they have been for the past 7 decades. This is where spintronics comes in.

“Spin” is a property of particles like electrons in the same way that “charge” is. Researchers are excited about using spin to carry out computations because it avoids the heating issues of current computer chips. ‘If you use spin waves, it’s transfer of spin, you don’t move charge, so you don’t create heating,’ says Professor Sebastiaan van Dijken, who leads the group that wrote the paper.

The device the team made is a Fabry-Pérot resonator, a well known tool in optics for creating beams of light with a tightly controlled wavelength. The spin-wave version made by the researchers in this work allows them to control and filter waves of spin in devices that are only a few hundreds of nanometres across.

The devices were made by sandwiching very thin layers of materials with exotic magnetic properties on top of eachother. This created a device where the spin waves in the material would be trapped and cancelled out if they weren’t of the desired frequency. ‘The concept is new, but easy to implement,’ explains Dr Huajun Qin, the first author of the paper, ‘the trick is to make good quality materials, which we have here at Aalto. The fact that it is not challenging to make these devices means we have lots of opportunities for new exciting work.’

The issues with speeding up electronics goes beyond overheating, they also cause complications in wireless transmission, as wireless signals need to be converted from their higher frequencies down to frequencies that electronic circuits can manage. This conversion slows the process down, and requires energy. Spin wave chips are able to operate at the microwave frequencies used in mobile phone and wifi signals, which means that there is a lot of potential for them to be used in even faster and more reliable wireless communication technologies in the future.

Furthermore, spin waves can be used to do computing in ways that are faster that electronic computing at specific tasks ‘Electronic computing uses “Boolean” or Binary logic to do calculations,’ explains Professor van Dijken, ‘with spin waves, the information is carried in the amplitude of the wave, which allows for more analogue style computing. This means that it could be very useful for specific tasks like image processing, or pattern recognition. The great thing about our system is that the size structure of it means that it should be easy to integrate into existing technology’

Now that the team has the resonator to filter and control the spin waves, the next steps are to make a complete circuit for them. “To build a magnetic circuit, we need to be able to guide the spin waves towards functional components, like the way conducting electrical channels do on electronic microchips. We are looking at making similar structures to steer spin waves” explains Dr Qin.

The paper Nanoscale magnonic Fabry-Pérot resonator for low-loss spin-wave manipulation is published in Nature Communications. https://doi.org/10.1038/s41467-021-22520-6 It was supported by the Academy of Finland and the German Research Foundation. Device fabrication was carried out at OtaNano.