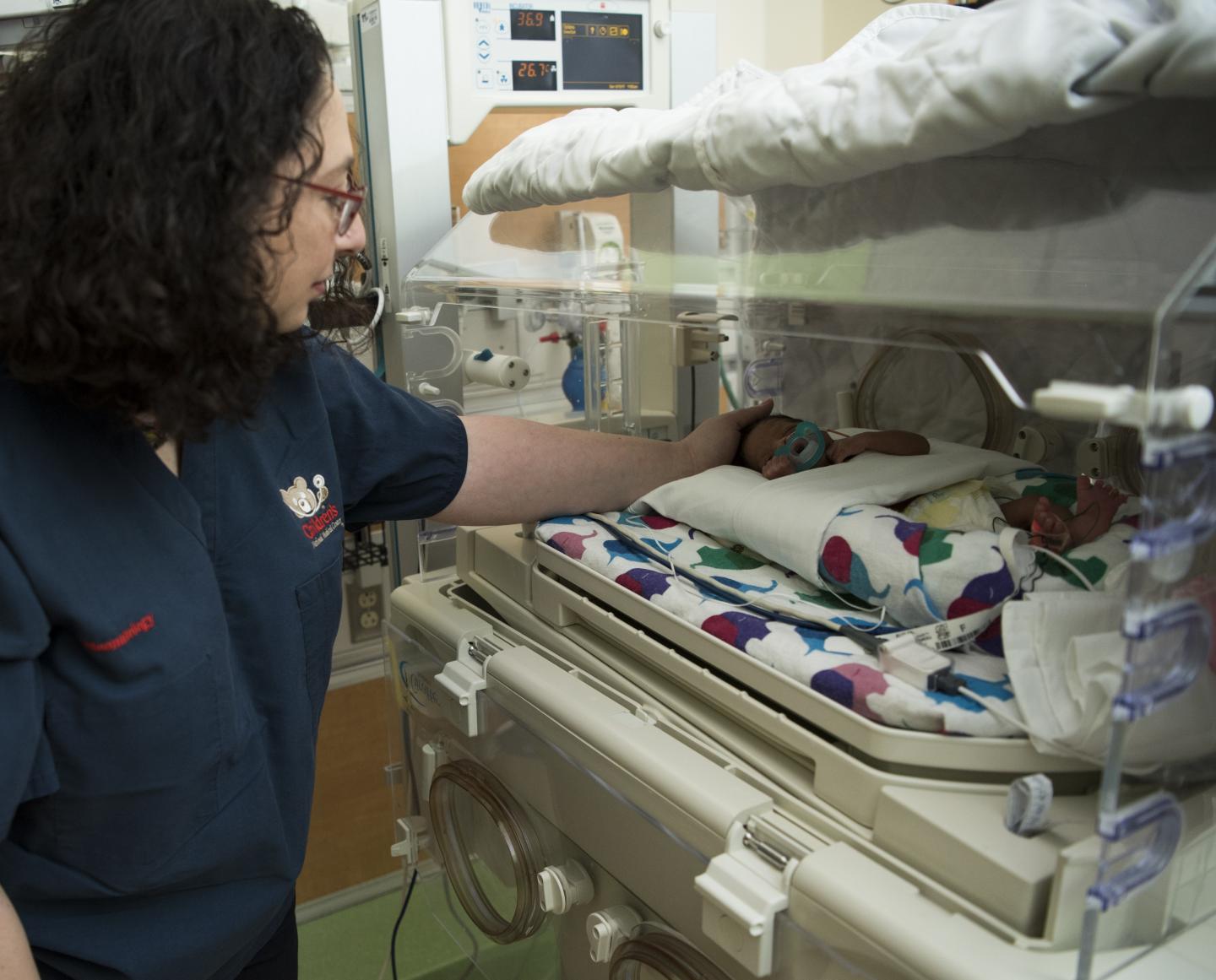 Research-clinicians at Children’s National Health System have created a novel preclinical model that mimics the persistent interneuron loss seen in preterm human infants, identifying interneuron subtypes that could become future therapeutic targets to prevent or lessen neurodevelopmental risks, the team reports Jan. 31, 2019, in eNeuro. The open access journal for Society for Neuroscience recognized the team’s paper as its “featured” article.

In the prefrontal cortex (PFC) of infants born preterm, there are decreased somatostatin and calbindin interneurons seen in upper cortical layers in infants who survived for a few months after preterm birth. This neuronal damage was mimicked in an experimental model of preterm brain injury in the PFC, but only when the newborn experimental models had first experienced a combination of prenatal maternal immune activation and postnatal chronic sublethal hypoxia. Neither neuronal insult on its own produced the pattern of interneuron loss in the upper cortical layers observed in humans, the research team finds.

“These combined insults lead to long-term neurobehavioral deficits that mimic what we see in human infants who are born extremely preterm,” says Anna Penn, M.D., Ph.D., a neonatologist in the divisions of Neonatology and Fetal Medicine and a developmental neuroscientist at Children’s National Health System, and senior study author. “Future success in preventing neuronal damage in newborns relies on having accurate experimental models of preterm brain injury and well-defined outcome measures that can be examined in young infants and experimental models of the same developmental stage.”

According to the Centers for Disease Control and Prevention 1 in 10 infants is born preterm, before the 37th week of pregnancy. Many of these preterm births result from infection or inflammation in utero. After delivery, many infants experience other health challenges, like respiratory failure. These multi-hits can exacerbate brain damage.

Prematurity is associated with significantly increased risk of neurobehavioral pathologies, including autism spectrum disorder and schizophrenia. In both psychiatric disorders, the prefrontal cortex inhibitory circuit is disrupted due to alterations of gamma-aminobutyric acid (GABA) interneurons in a brain region involved in working memory and social cognition.

Cortical interneurons are created and migrate late in pregnancy and early infancy. That timing leaves them particularly vulnerable to insults, such as preterm birth.

“This translational study, which examined the prefrontal cortex in age-matched term and preterm babies supports our hypothesis that specific cellular alterations seen in preterm encephalopathy can be linked with a heightened risk of children experiencing neuropsychiatric disorders later in life,” Dr. Penn adds. “Specific interneuron subtypes may provide specific therapeutic targets for medicines that hold the promise of preventing or lessening these neurodevelopmental risks.”

Takeda collaboration to boost fight against Alzheimer’s and other neurodegeneration

Identifying pathogenic genes in virus strains at a glance

Celiac disease might be cured by restoring immune tolerance to gliadin