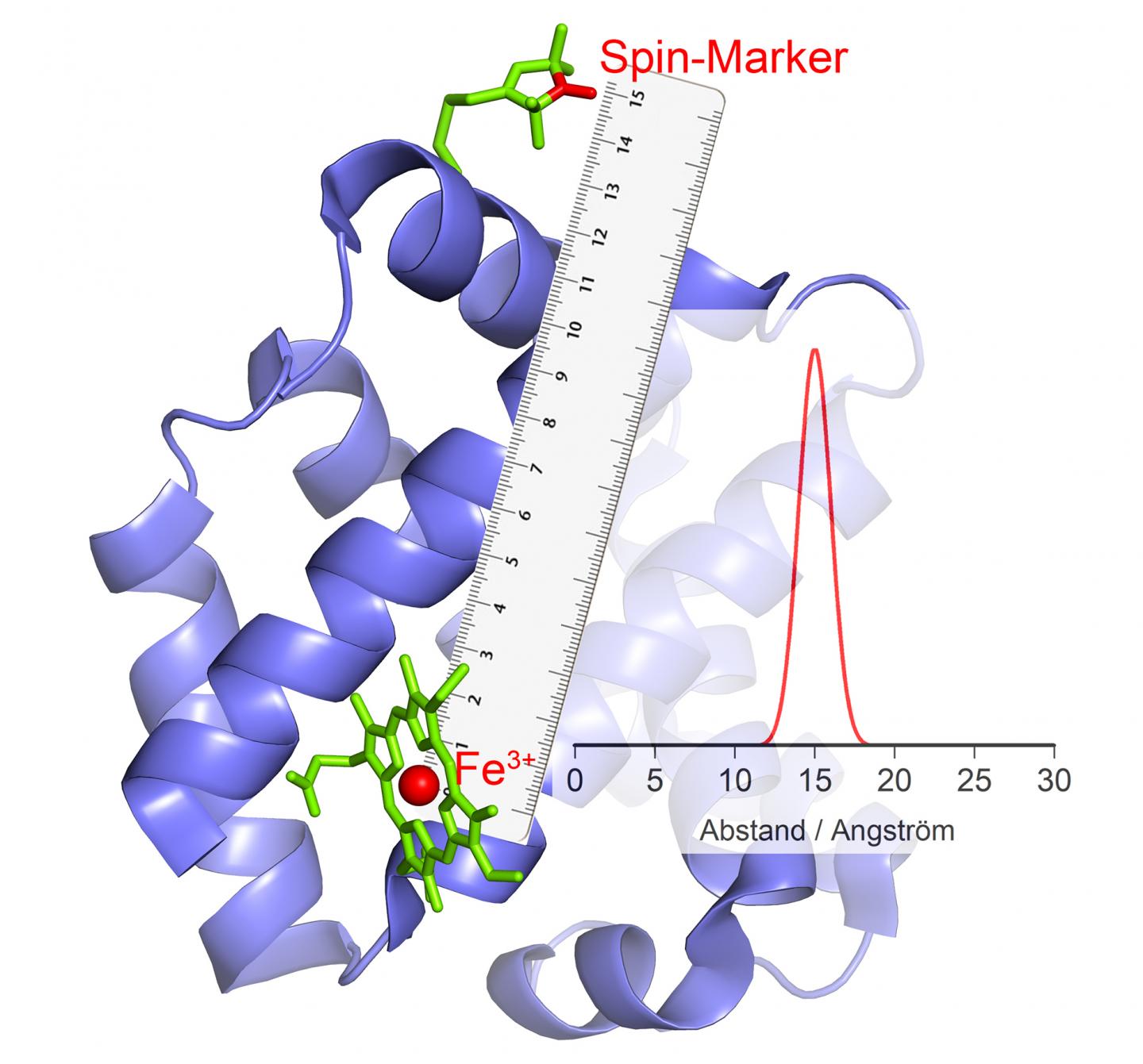 Scientists at the University of Bonn have developed a method with which an enzyme at work can be “photographed”. Their method makes it possible to better understand the function of important biomolecules. The researchers also hope to gain insights into the causes of certain enzyme disorders. The study will be published in the journal Chemistry – A European Journal and is already available online.

If an alien saw a picture of a pair of scissors for the first time in a craft supplies catalog, he would probably have no idea what we earthlings use this thing for. If, on the other hand, he were to be shown a video in which the scissors open and close, he could perhaps deduce their function with a little imagination.

Scientists have a very similar approach when they want to understand how an enzyme works: If they know the structure of the molecule at all, then usually only as a still image. They do not know how the enzyme behaves in action, which parts move towards each other and which parts move away from each other.

Enzymes catalyze certain chemical reactions in the cells, comparable to scissors that cut paper. They have catalytic centers (the blades) which come into contact with the starting material (the paper). “The three-dimensional form of the enzyme usually changes during this process,” explains Prof. Dr. Olav Schiemann from the Institute of Physical and Theoretical Chemistry at the University of Bonn. “Normally, these conformational changes cannot be made visible, or only with great effort. This often makes it difficult to comprehend the catalysis mechanism.”

Schiemann’s research group has succeeded in developing a method with which the movements of parts of the protein against each other can be measured in the course of catalysis. The Bonn scientists have been working on such methods with great success for several years now. In their current study, they have examined a particularly important group of enzymes. These carry metal ions with numerous unpaired electrons in their catalytic centers. One example is hemoglobin, which binds oxygen with the help of an iron ion and can thus be transported in the blood.

“Our current methods are unsuitable for such high-spin ions,” explains Schiemann’s colleague Dr. Dinar Abdullin. “We therefore developed a new method, worked out the theory and successfully tested it.” The researchers made use of the fact that high-spin ions behave like small electromagnets. In addition, they can randomly change their polarity – they “flip”: The North Pole becomes the South Pole and the South Pole becomes the North Pole.

This phenomenon can be used for distance measurement. Here, the scientists link the enzyme with certain chemical compounds that also have electromagnetic properties. “When the high-spin ions flip, these small electromagnets react to the changed magnetic field in their environment by also changing their polarity,” explains Abdullin. When and how they do this depends, among other things, on the distance to the high-spin ion. This makes it possible to determine the distance between the two so accurately.

If several magnetic groups are bound to one enzyme, the distance of each of these groups to the high-spin ion and thus to the catalytic center is obtained. “By combining these values, we can measure the spatial position of this center, as if we were using a molecular GPS,” explains Schiemann. “For example, we can determine how its position changes relative to the other magnetic groups in the course of catalysis.”

However, the scientists are not yet able to really watch the enzyme at work. “We are still working with frozen cells,” says Schiemann. “These contain numerous enzymes that were frozen at different points in time during the catalytic reaction. So we do not obtain a film, but a series of “stills” – as if the scissors from the introductory example were photographed at countless different moments during the editing process.

“But we are already working on the next improvement,” emphasizes the chemist: “The spatial measurement of biomolecules in cells and at room temperature.” The researchers hope to gain insights into the development of certain diseases that are triggered by functional disorders of enzymes. In addition to Dr. Maxim Yulikov of ETH Zurich from the University of Bonn, the study also involved the working group led by Prof. Dr. Stefan Grimme (also Institute of Physical and Theoretical Chemistry) and Prof. Dr. Arne Lützen (Kekulé Institute).