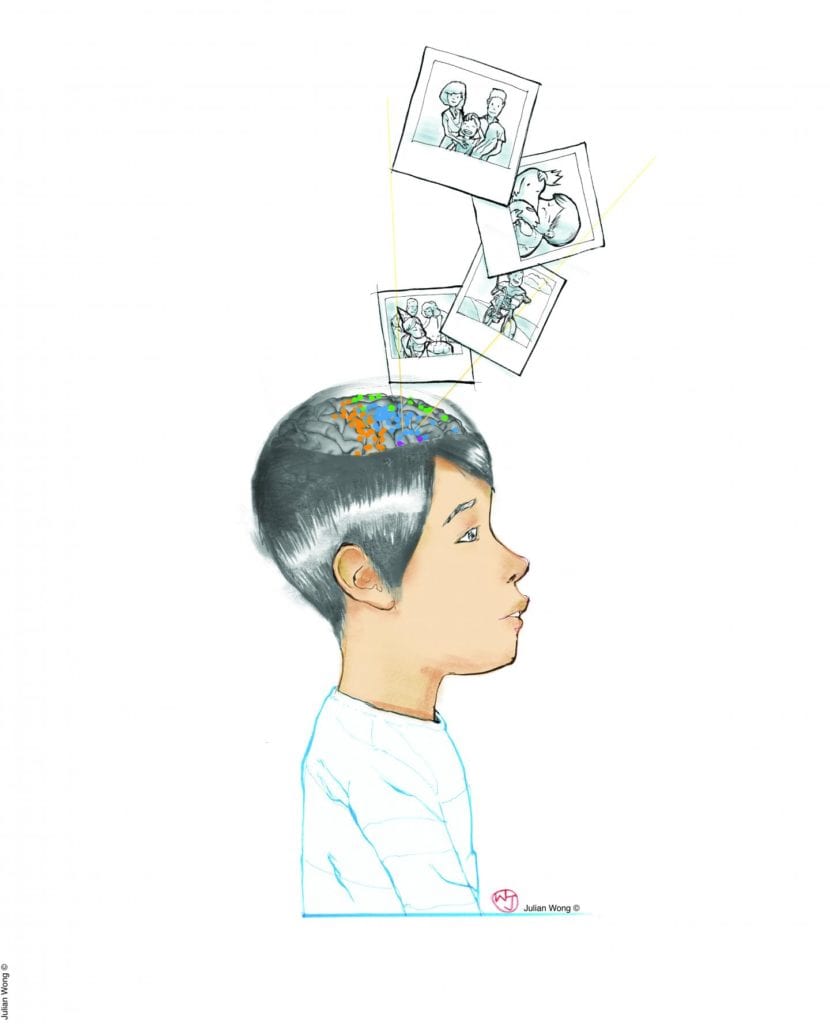 DETROIT – Declarative memory — memories that can be consciously recalled — is critical to everyday life. Throughout childhood and adolescence, declarative memory improves remarkably. However, until most recently, there was a critical gap in our understanding of how maturation of the prefrontal cortex drives memory development.

A team of researchers led by Noa Ofen, Ph.D., associate professor of psychology in Wayne State University’s College of Liberal Arts and Sciences and Institute of Gerontology, and Lisa Johnson, Ph.D., postdoctoral research scientist at the Helen Wills Neuroscience Institute, University of California-Berkeley, are addressing this critical gap through the use of electrocorticographic (ECoG) data recorded directly from the prefrontal cortex in a cohort of 17 children and adolescents. These ECoG recordings were obtained from patients with surgically implanted subdural electrodes used for the clinical management of seizures.

“In our study, we used an established task employed in numerous studies aimed at investigating memory development in this age group,” said Ofen. “It provided our team with rare insight previously not obtainable.”

The team followed a two-tier, unbiased approach to ECoG data analysis by which data were first analyzed per trial on the individual level using non-parametric statistics, and then modeled on the group level.

“The high spatiotemporal precision of these recordings allowed us to provide a unique demonstration of how the developing prefrontal cortex drives the formation of memories of events in our own lives,” said Johnson. “Our research shows that earlier activity predicts greater memory accuracy, and sub-second deviations in activity flow between frontal subregions predict memory formation.”

This study is the first to demonstrate that the spatiotemporal propagation of frontal activity supports memory formation in children as young as 6 years of age, and show how adjacent frontal subregions follow dissociable developmental trajectories.

Wayne State University is one of the nation’s pre-eminent public research universities in an urban setting. Through its multidisciplinary approach to research and education, and its ongoing collaboration with government, industry and other institutions, the university seeks to enhance economic growth and improve the quality of life in the city of Detroit, state of Michigan and throughout the world. For more information about research at Wayne State University, visit http://www.research.wayne.edu.

Robots with sticky feet can climb up, down, and all around

Scienmag Sep 25, 2019
Pegilodecakin with pembrolizumab and nivolumab shown to be safe in Phase 1B studyCredit: MD Anderson Cancer Center…

Like rats, you brain may contain ‘time cells’ that help…