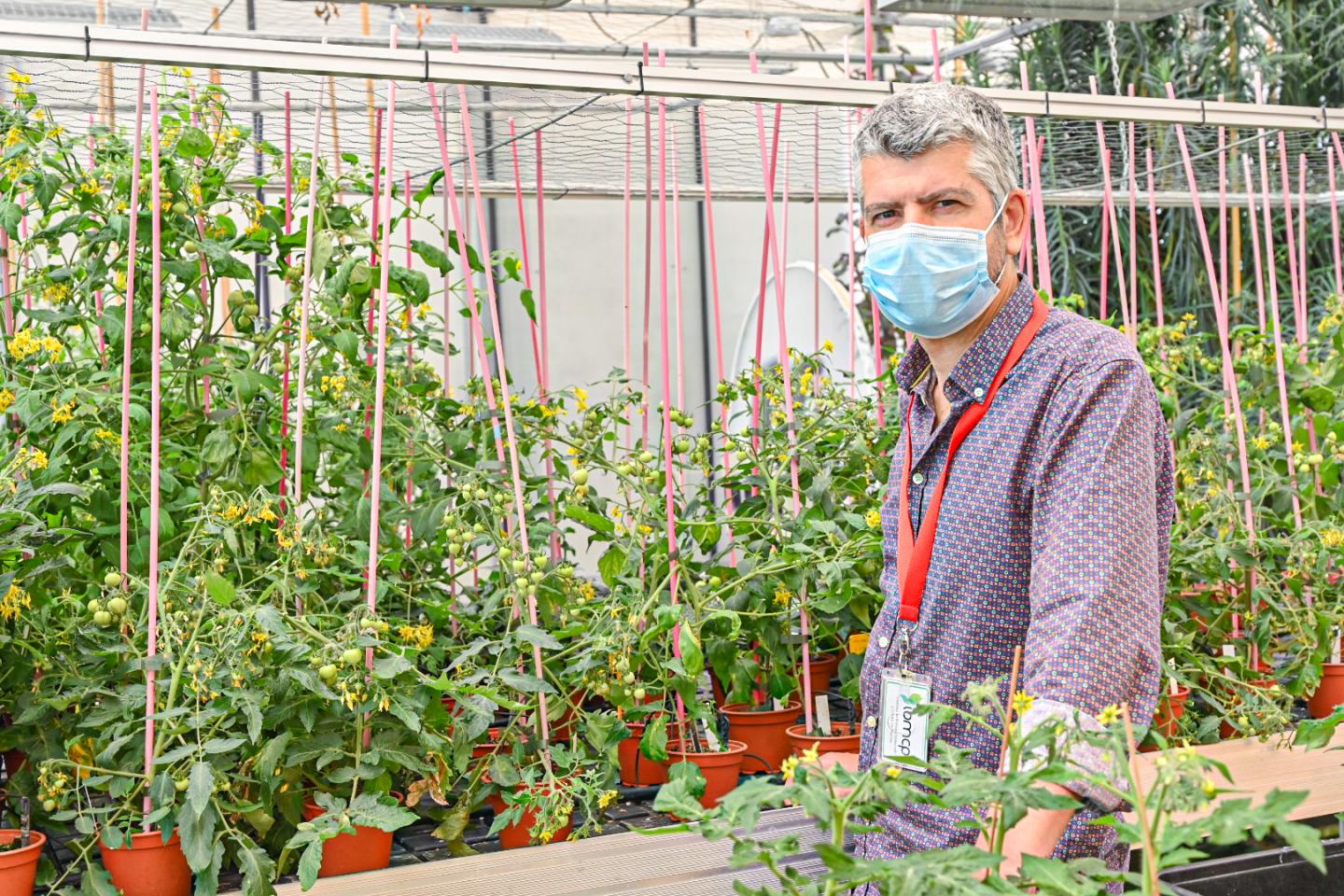 An international research group involving the Institute of Molecular and Cellular Biology of Plants (IBMCP), a joint centre of the Universitat Politècnica de València (UPV) and the Spanish National Research Council (CSIC), has discovered that a genetic mechanism, called CHLORAD, which is involved in the ageing of plant leaves, also plays a decisive role in the tomato ripening process. Thus, tomatoes with an activated CHLORAD system turn red more quickly, and accumulate more lycopene, a compound beneficial to health. The results, which have been published in the latest issue of the journal Nature Plants, will lead to better quality tomatoes.

The ripening of most fleshy fruits gives them attractive colours and smells, which is a trick of the plant to spread its seeds more widely and colonise new territories. In tomatoes, ripening changes their colour from green to orange and red. The green is due to the presence of chlorophyll (the photosynthesis pigment) in the chloroplasts of the immature fruits. When they ripen, the chloroplasts (the organs in charge of photosynthesis) lose that chlorophyll and produce large quantities of other pigments, called carotenoids.

Tomato carotenoids are orange (due to beta-carotene) and red (due to lycopene), which causes the fruit to change colour when ripe. In addition, these carotenoids form aromas that contribute to the characteristic smell of ripe tomatoes. For all this to happen, the chloroplasts need to be transformed into a new type of carotenoid storage compartment, called a chromoplast.

Until recently, it was not known how the tomato plant controls the transformation of chloroplasts into chromoplasts. Now, a research group from the University of Oxford (UK) in collaboration with the Valencian Institute of Molecular and Cell Biology of Plants (IBMCP) has unravelled part of this mystery, in an article published in the journal Nature Plants.

The key to this work comes from Arabidopsis, a plant used as a study model that does not develop chromoplasts naturally, but does transform its chloroplasts during a process -known as leaf senescence- in which the leaves age, lose their chlorophyll and stop photosynthesising. During this process, a molecular mechanism called CHLORAD removes complexes in the outer layer of chloroplasts that import proteins needed for photosynthesis.

Researchers have found that the CHLORAD system also works during tomato ripening. When activated, it prevents the import of photosynthetic proteins, but promotes the incorporation of other proteins necessary for the production and storage of carotenoids during the transformation of chloroplasts into chromoplasts. Thus, fruits with an activated CHLORAD system turn red sooner and accumulate more of the health-promoting carotenoid lycopene, while fruits with a deficient CHLORAD system take longer to ripen.

“In addition to better understanding how chloroplasts are transformed into chromoplasts, we now know that this process not only regulates fruit pigmentation, but also affects many other aspects linked to ripening that influence the firmness or the aroma of tomatoes,” says Manuel Rodríguez Concepción, a CSIC researcher at the IBMCP who is participating in this study. The challenge now is to understand the connections between these mechanisms in order to produce tomatoes of a higher commercial and nutritional quality without sacrificing their characteristic colour, aroma and flavour.