Researchers at Dartmouth’s Norris Cotton Cancer Center observed that blocking a cellular receptor not only prevented but reversed obesity, with no ill side effects, in mice. 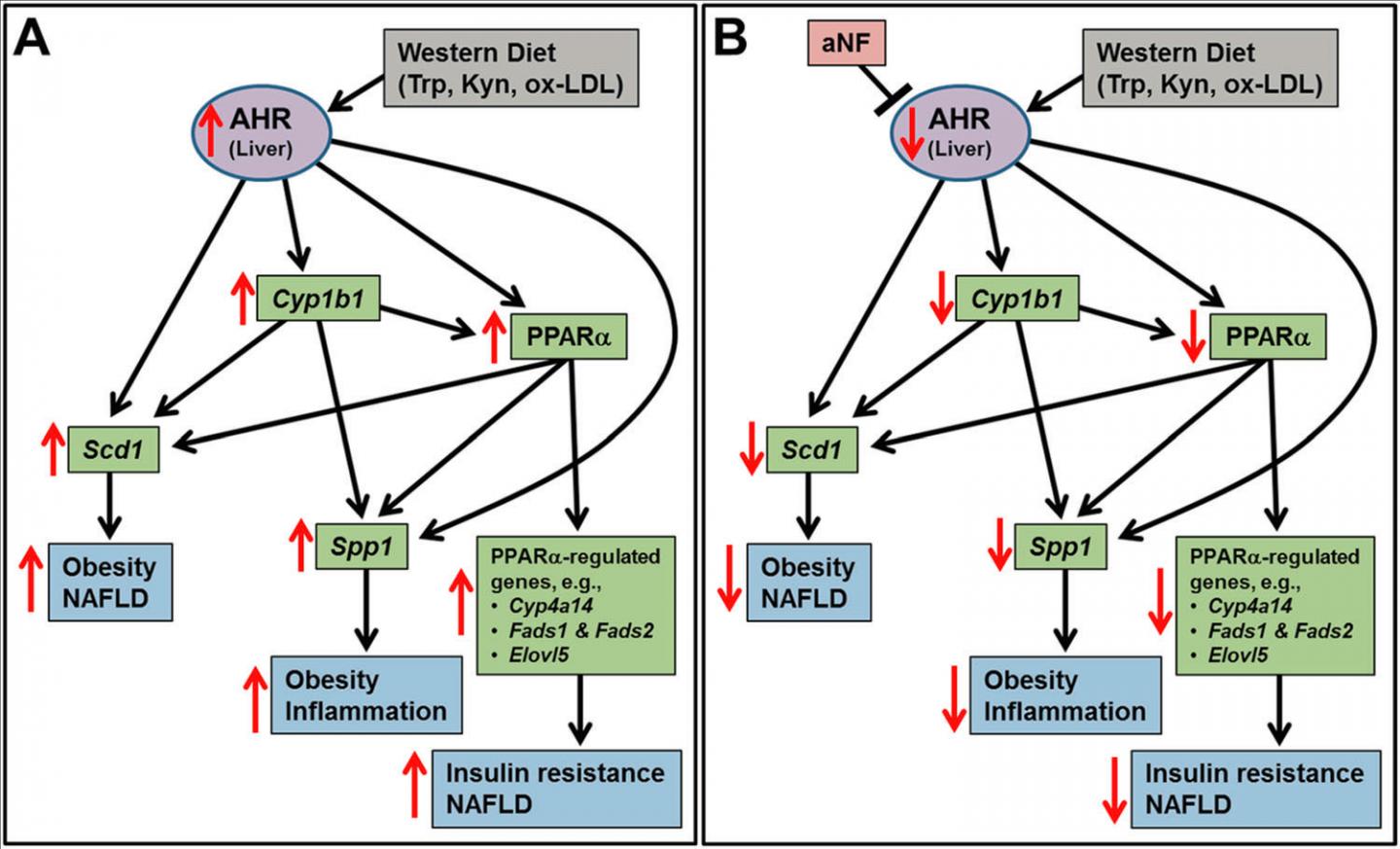 LEBANON, NH – Obesity, a global epidemic, is a known contributor to several cancers, including breast, colon, and pancreatic. Stopping the obesity epidemic could be a critical aid in preventing and treating numerous cancers. Researchers with the laboratory of Craig Tomlinson, PhD, at Dartmouth’s and Dartmouth-Hitchcock’s Norris Cotton Cancer Center have found a critical target in this cause. The team discovered that a receptor found in almost all cells, called AHR, and known primarily to combat exposures to environmental chemicals, also plays a big role in the body’s metabolism. Blocking AHR not only prevented, but reversed obesity in study mice. The team’s findings, “Reversal of obesity and liver steatosis in mice via inhibition of aryl hydrocarbon receptor and altered gene expression of CYP1B1, PPARα, SCD1, and osteopontin,” are newly published in the International Journal of Obesity.

“We carried out experiments showing that when a drug named NF and known to block the AHR, was added to a high-fat diet, mice did not become any fatter than mice on a low-fat control diet,” says Tomlinson. “Mice on the high-fat diet with no NF became very obese within the same time span. No ill effects were observed from the drug.”

Finally, Tomlinson’s team investigated the mechanisms behind how the AHR, when blocked by NF, prevented and reversed obesity. Using previous knowledge that the AHR regulates key genes in fat metabolism, the team discovered that in liver cells and in fat cells, the AHR, when blocked by NF, fails to induce several key genes required for fat storage and synthesis. They concluded that the prevention and reversal of obesity from blocking the activity of the AHR is due to key genes regulated by the AHR that are involved in fat metabolism. “Few to no studies have shown that obesity can be reversed by a drug treatment; it is even rarer to know the underlying cellular mechanism,” notes Tomlinson.

Tomlinson’s team has begun investigating several key questions, including those around the dietary compounds in the food we eat that activate the AHR to cause obesity, and the role that gut bacterial play regarding the AHR and obesity. Most importantly, they have initiated a clinical trial to determine whether the AHR may serve as a therapeutic target to reduce obesity in humans. “We are beginning to understand how the blockage of the AHR prevents and reverses obesity, which may lead to a therapeutic treatment of obesity in humans,” says Tomlinson.

Reducing the risk of blood clots in artificial heart valves