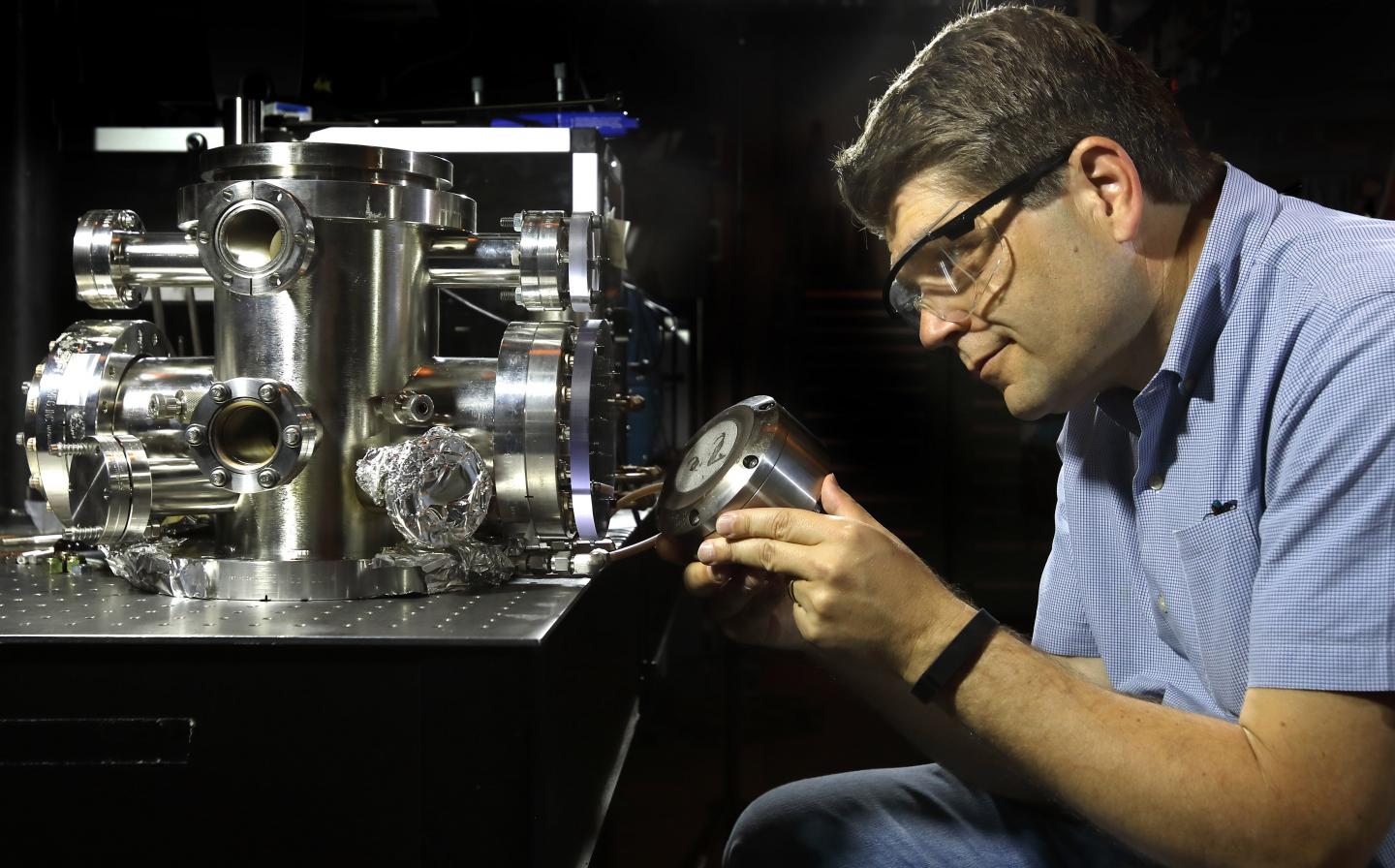 LIVERMORE, Calif. — New insights about how to understand and ultimately control the chemistry of ignition behavior and pollutant formation have been discovered in research led by Sandia National Laboratories. The discovery eventually will lead to cleaner, more efficient internal combustion engines.

“Our findings will allow the design of new fuels and improved combustion strategies,” said Nils Hansen, Sandia researcher and lead author of the research. “Making combustion cleaner and more efficient will have a huge impact, reducing energy use around the globe.”

The work, which focuses on the chemical science of low-pressure flame measurements, is featured in the Proceedings of the Combustion Institute and was selected as a distinguished paper in Reaction Kinetics for the 37th International Symposium on Combustion. Authors include Hansen, Xiaoyu He, former Sandia intern Rachel Griggs and former Sandia postdoctoral appointee Kai Moshammer, who is now at the Physikalisch-Technische Bundesanstalt in Germany. The research was funded by the Department of Energy’s Office of Science.

Creating a massive dataset of flames and fuels

The team combined the output from carefully controlled measurements on a wide range of fuels into a single categorized and annotated dataset. Correlations among the 55 individual flames involving 30 different fuels were then used to reduce uncertainty, identify inconsistent data and disentangle the effects of the fuel structure on chemical combustions pathways that lead to harmful pollutants. An initial analysis considered relationships among peak concentrations of chemical intermediates that play a role in molecular weight growth and eventual soot formation.

Hansen said that, to his knowledge, this is the first time that researchers have looked at these possibilities. By identifying inconsistencies, the new methods ultimately should lead to better models for understanding combustion. Typically, well-controlled experiments help validate computer models to understand the combustion process and to develop new combustion strategies.

Data from low-pressure premixed flames is typically used to validate chemical kinetic mechanisms in combustion. These detailed mechanisms then provide the basis for understanding the formation of pollutants and predicting behavior for combustion applications.

Historically, research papers reported data from a single flame or a few flames, along with one new mechanism for a specific fuel. However, the approach pioneered by Hansen’s team paves the way for measuring a large number of flames and publishing numerous mechanisms that are not usually cross-validated with other data and mechanisms.

Hansen compares the discovery to the unearthing of an old artifact. Very few conclusions can be drawn from a single artifact. However, piecing together thousands of similar artifacts creates a more complete historical picture.

“Our work reveals information typically hidden in the ensemble of low-pressure flame data,” Hansen said. “For example, useful targets for model validation can be gleaned from a database with more than 30,000 data points.”

After analyzing the flames, researchers found that correlated properties provide new validation targets accessible only when examining the chemical structures of a wide set of low-pressure flames.

Hansen said the comprehensive chemical-kinetic models for combustion systems increasingly are used as the basis for engineering models that predict fuel performance and emissions for combustor design. These models are often ambiguous due to the large set of parameters used to inform the model, but synchrotron-based, single-photon ionization mass spectrometry measurement, pioneered in DOE’s Gas Phase Chemical Physics program, has created an unprecedented surge of detailed chemical data.

“Our goal is to better understand and ultimately control the chemistry of ignition behavior and pollutant formation,” he said. “Subsequently, this will lead to clean and efficient internal combustion engines.”

“Applying data science and machine-learning tools extracts even more information from large datasets,” he said. “Our work has opened the gate wide to show that data science can be applied to combustion research.”