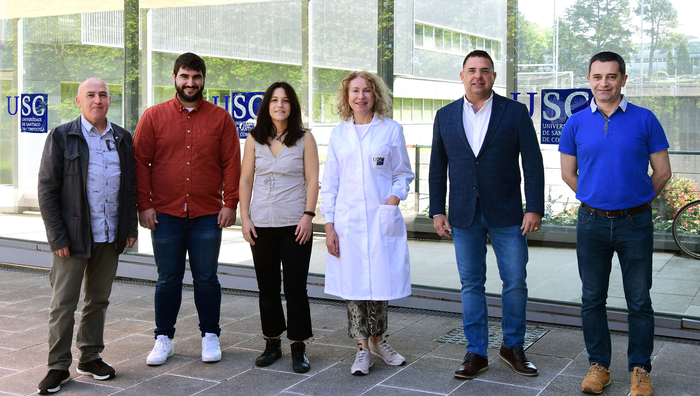 Credit: The Center for Research in Biological Chemistry and Molecular Materials (CiQUS).

The study demonstrated the remarkable immunosuppressive effect of the adenosine A2B receptor in the tumour microenvironment, as well as the benefits of blocking it in the context of cancer immunotherapy. Treatment with the new drugs reduces the suppression of immune system cells in the tumour microenvironment and increases the infiltration of lymphocytes into the tissue, resulting in significant tumour remission.

The work also revealed the potent anti-cancer effect of two families of drugs developed at USC, which opens the door to innovative treatments. Cancer immunotherapy, based on reactivating the patient’s immune system to fight cancer, is one of the most effective and disruptive therapeutic strategies. Monoclonal antibodies, artificial proteins that act like human antibodies, are used to neutralise the blockade of the immune system induced by cancer cells, but are complex to produce and costly, making them difficult to use extensively. In this sense, the development of drugs capable of acting like these antibodies is a new strategy that opens the door to innovative treatments and synergistic combinations.

The study has been carried out by several teams worldwide. Led by the principal investigator of CiQUS, Eddy Sotelo, USC researchers from different centres have joined forces for this project: from the Singular Centre for Research in Biological Chemistry and Molecular Materials (CiQUS), from the Singular Centre for Research in Molecular Medicine and Chronic Diseases (CiMUS), from the BioFarma group led by Mabel Loza; and from the Faculty of Pharmacy of the USC (Xerardo García Mera and Eddy Sotelo). In addition, the alliance has also involved researchers from Karolinska Institutet, Uppsala University and Singapore University of Technology.

Journal for ImmunoTherapy of Cancer