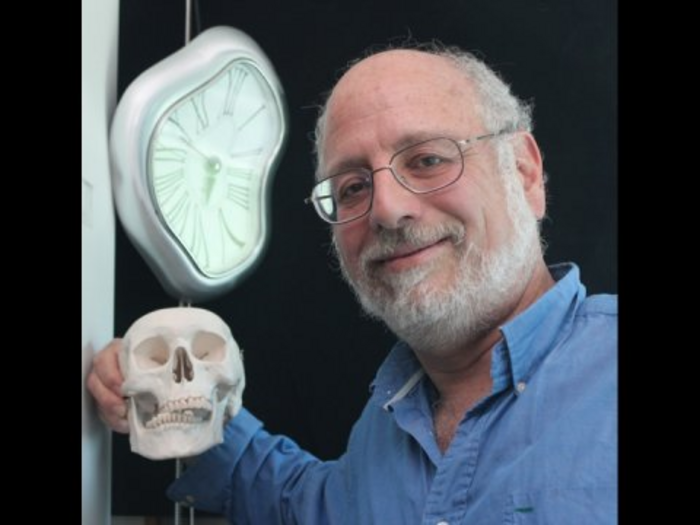 Disruptions to the body’s internal clock – which coordinates the timing of biochemical, physiological and behavioral processes – are associated with a range of diseases, including cancer, cardiovascular conditions and susceptibility to infections, as well as a higher risk for accidents. Common disruptions of circadian rhythms are jet lag and shift work, which is performed by some 30 million people in the U.S.

“We are studying two mutations, both of which affect our ability to respond to shifts of the light cycle,” says neurobiologist Eric Bittman, Professor Emeritus of Biology. “Both of them speed up the clock. They reveal how vulnerable we are to disruptions in the light:dark schedule.”

In mammals, circadian rhythms are generated internally by a master pacemaker in the suprachiasmatic nucleus of the hypothalamus in the brain. In addition, every cell in the body has its own circadian clock, which the master pacemaker coordinates. In the normal, light:dark and fluctuating environment, circadian clocks create 24-hour cycles. However, in constant conditions, such as when hamsters are studied in darkness, the rhythms generate cycles whose period is longer or shorter than 24 hours.

“What this reveals to us is that there’s some internal mechanism that is generating rhythmicity, and that the animals are using cues from the environment, the most powerful of which is the light:dark cycle, to sync it up to exactly 24 hours,” Bittman says.

In previous research, Bittman and team identified a recessive mutation, which they call duper, as a defect in the circadian regulator gene Cryptochrome 1 (CRY1) of Syrian hamsters. By improving the draft of the hamster genome using fast homozygosity mapping, they created a modern genetic research model for investigating human diseases.

In a follow-up paper published recently in the Proceedings of the National Academy of Sciences (PNAS), the research team focuses on the effects of duper in genetically altered hamsters. The scientists identify previously unsuspected functions of CRY1 in circadian entrainment, which is the synching of the biological clock with external signals, and heart disease.

“Duper speeds up the clock in constant conditions and it makes it be able to shift by as much as 180 degrees in response to even a brief pulse of light,” Bittman explains. “We suspect this might be relevant in understanding the effects of jet lag and shift work.”

The body’s organs reset their clocks at different rates after circadian disruption. This temporal misalignment is believed to cause the adverse health effects associated with shift work. “Almost all of our physiological processes are rhythmic,” Bittman says.

The researchers found that circadian re-entrainment is accelerated in duper mutant hamsters, independent of the speeding up of the clock. In an effort to understand more about the health consequences of circadian misalignment, the researchers examined effects of duper and phase shifts on a hamster model of heart disease known to be aggravated by phase shifts.

Simulated jet lag, in the form of eight-hour phase shifts every second week, shortened the lifespan of cardiomyopathic hamsters. However, the shortened lifespan was reversed in duper hamsters as the mutation accelerated their adjustment to the shift of the light:dark cycles. Bittman says the findings have implications for pinpointing the pathways involved in human biological clocks.

“For people with jet lag or the millions of shift workers, it can take days and sometimes weeks for the body – the different organs – to come back into their normal temporal relationship,” he says. Many of us disrupt our circadian system when we are exposed to light late in the evening, such as by looking at cell phones and computer screens. “It can take a couple of weeks until your brain is having the right relationship to your liver and kidneys,” Bittman adds.

The research suggests that we all need to be mindful of how the environment affects our biological clocks. Specifically, hospitals need to be sensitive to the timing of lights and darkness in patients’ rooms. “We need to pay attention to the temporal relationship between organs and between the master clock and the brain, and how it regulates the clock in the brain, as well as in the peripheral organs, and be sensitive to the light:dark environment,” Bittman says.

Additionally, understanding the rhythms of the organs is a crucial aspect in the timing of medical treatment. “An awful lot of drugs that are administered are more effective at one time of the day than another because the circadian clock is regulating all these metabolic pathways that in fact are being targeted by these drugs,” Bittman says.

Ongoing research will focus on identifying the underlying mechanisms of the biological clocks and their role in disease.