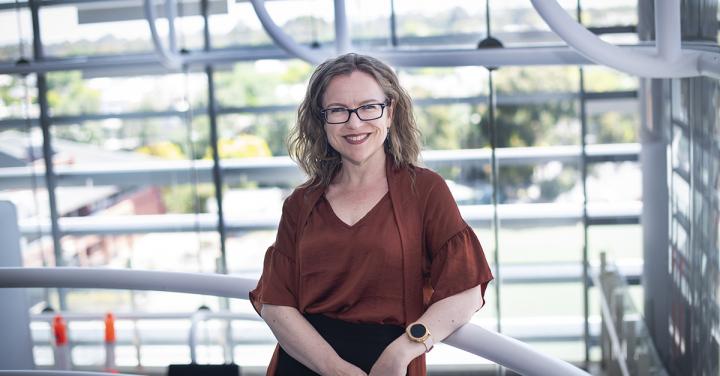 A genetic map of an aggressive childhood brain tumour called medulloblastoma has helped researchers identify a new generation anti-cancer drug that can be repurposed as an effective treatment for the disease.

This international collaboration, led by researchers from The University of Queensland’s (UQ) Diamantina Institute and WEHI in Melbourne, could give parents hope in the fight against the most common and fatal brain cancer in children.

“These are drugs already approved for other diseases or cancers but have never been tested in paediatric brain tumours,” Dr Genovesi said.

“In this study, we predicted a drug called Ixabepilone, typically used to treat breast cancer, would block tumour growth and significantly extend the survival rate in preclinical models.”

“This is the second drug that we have identified using the genetic map that’s highly effective in treating this type of childhood brain cancer,” Associate Professor Davis said.

“The impact of this drug in our model systems gives hope for children diagnosed with highly aggressive forms of medulloblastoma.

“But even more promising, is the potential to use our genetic map to find other treatments for this disease.”

Associate Professor Davis likened their work to a street map.

Dr Genovesi said drugs that could block these connections were more likely to be effective in treating the cancer, giving researchers a head start on the best possible treatment options.

“We’re really using biology to define the next round of drugs that will hopefully have a fantastic benefit for children with this condition,” Dr Genovesi said.

“This gives us the best chance to identify drugs that will have the least impact on the normal developing brain, an important consideration for paediatric brain cancers.

“At the moment, the side-effects of treatment can be almost impossible for families to live with.

“Short-term, we are looking at existing drugs that can target certain overlapping areas on the genetic map.

“But long-term, we now have an entire list of proteins and pathways that new therapeutics could target that we know would kill cancer cells, and we want to work with drug companies to try and develop these life-saving medications.”

This work is a culmination of a five-year collaborative study, which first began at UQ’s Institute for Molecular Bioscience, and is led by UQ Diamantina Institute’s Professor Brandon Wainwright and Associate Professor Melissa Davis, a computational biologist from WEHI, along with a team of national and international collaborators.